Any Man Who Claims He Doesn't Cheat On His Wife Is Lying; So I Am Not An Exception -- MC Oluomo 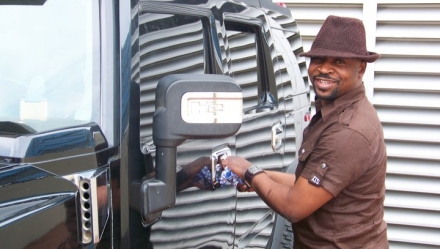 Since the story of Pastor Biodun Fatoyinbo's alleged sex scandal with Ese Walter and Franca E. broke in the social media, a lot has been said about MEN and the need to face reality and stop pretending.

One Muslim cleric even described Christian men as people who claim they only eat once in a day but end up taking different snacks in the course of the day. He said Christian men are refusing to marry more wives like their Muslim counterparts, but they are sleeping with young ladies outside their home.

Now, below is what a popular Lagos big-boy said about men and cheating:


“Having girlfriends outside? Well, any man that says he doesn’t have a girlfriend outside his home is obviously lying. We all engage in it. So I am not an exception.”


His name is MC Oluomo, a popular Lagos socialite who has been linked with ladies in the movie industry.


But is it really true that men can't stay for life without cheating on their wives? Even the so called men of God.

This is coming from a man oh, not me. What do you think guys and why is it that some men can't control 'IT'?

Posted by Unknown at 1:58 pm
Email ThisBlogThis!Share to TwitterShare to FacebookShare to Pinterest
Labels: Gists