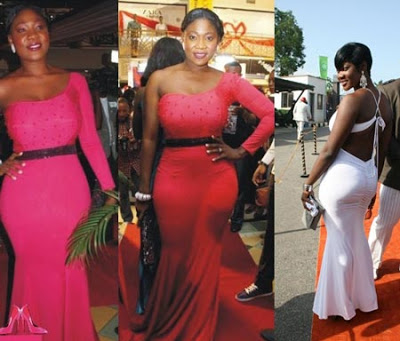 Nollywood actress Mercy Johnson Okojie is a happy mother of 1. The talented movie star has turned 29 today. Mama purity was born in Lagos on the 28th of August 1984.
Her family hails from Okene in Kogi State. She was born into a family of 7 children and she’s the 6th. According to the actress, her father now a retired navy officer is her inspiration.
She got married to Prince Odianosen Okojie last year and the couple has a lovely child.
Mercy Johnson came into limelight in 2002 for her role in The maid movie. Since then, she has featured in over 60 interesting Nollywood movies.
Wishing her a happy birthday
And here's a message from her heart she just released to her fans after the cut...

Today, I thought of many things I would love to have as birthday  gifts and the many dreams I'm still pursuing.

up on the street like the many kids and young adults begging for food and some prostituting  to make ends meet.

If we know the circumstances that force some of these people on the street
we would spare a thought for them. I am where I am today purely by the grace of God and the grace of the people who believed in me from the word go.

Recently, I was at the Boys Reform Oregun,Lagos,the discussion I had with the principal Mr. Kotun and much later with the Special Adviser in charge of all remand homes in Lagos set me thinking about the boys and girls on the street.

They have dreams too. Can they fulfill those dreams on the street? The answer will likely be no because I won't be where I am today if I had ended up on the street.

For this reason, Mercy Johnson Foundation will be doing a lot to get kids off the street. We are not asking people for funds. I will do all I can with the resources God has given me, and with the support of my husband to help get these kids off the street and set them on the path where they can begin to pursue their dreams.

I want to plead with people, fans, friends and colleagues to spare a thought for the
children on the street.

We can begin by educating people around us, parents, the children and people
people in charge of children (Oga-house help relationship, teacher-student relationship, and others) on the need to treat every child like the future of Nigeria depends on it.

And truth be told,our future will not be all that enjoyable if we let the scourge of ‘street-children’ fester. By then, the rich will begin to cry.

I learnt Lagos State Government has 11 homes where most children picked from the streets are kept, reformed and reunited with their families after counseling.

That is an initiative Mercy Johnson Foundation will be supporting and beyond that we will be going to different states to help spread the message - Get kids off the street, save the future.

From tomorrow, I will begin to replay some of the lessons I learnt at the boys’ reform home and we all can contribute to getting the kids off the street.

I am grateful to everyone that has sent in a birthday message tweet and gifts.  When I get back, let’s have twitter party. Thank you and God bless you.

Posted by Unknown at 3:48 pm
Email ThisBlogThis!Share to TwitterShare to FacebookShare to Pinterest
Labels: Gists