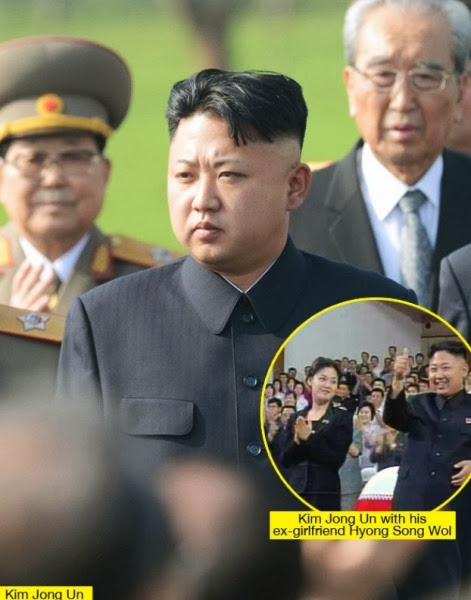 North Korea dictator Kim Jong Un had his own ex-girlfriend and 11 others killed by firing squad earlier this month, according to a shocking new report.
Fox News, citing South Korea’s Chosun Ilbo newspaper, reports that the leader had the woman, a singer named Hyon Song-wol, was arrested August 17.


All of the women were charged with violations tied to pornography laws; filming a sex tape was reportedly the offense that got them arrested and killed.
The alleged executions took place via a firing squad of machine guns, and with the victims’ families looking on, back on August 20, the paper clams.


Chosun Ilbo reported that all 12 of the people killed belonged to the performance art troupes Unhasu Orchestra and Wangjaesan Light Music Band.


They were accused of making videos of themselves having sex and then selling the videos, which the paper reported were made available in China.
The victims' families have been sentenced to labor camps as well.
Kim Jong-un reportedly met Hyon Song-wol approximately 10 years ago, before he was married.
The relationship between the two is believed to have ended after interference from Kim's father, Kim Jong-il, though it was rumored that an affair continued.
Kim Jong-un's wife, Ri Sol-ju, was also a member of the Unhasu Orchestra before their marriage. It is not clear if she had any role in the 12 executions.

Posted by Unknown at 7:20 am
Email ThisBlogThis!Share to TwitterShare to FacebookShare to Pinterest
Labels: InternationalNews