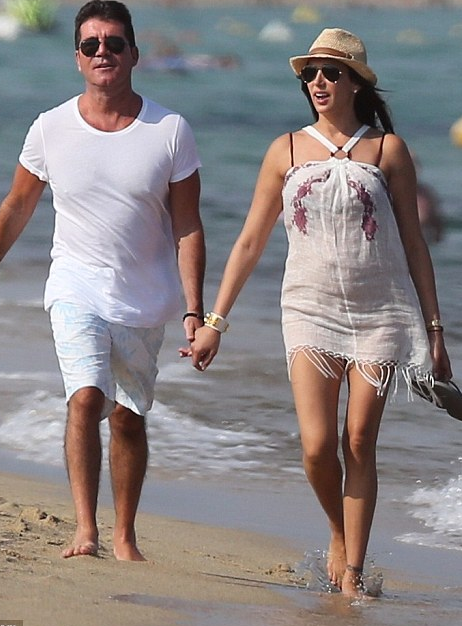 A beaming Simon Cowell, proud to be a dad indeed, held hands with Lauren Silverman, who is carrying his child, while walking along a French beach.
It was the first time they have been seen together since news of her pregnancy broke - and reportedly blindsided Cowell along with everyone else.


The X Factor judge, 53, is set to become a first-time dad with Lauren Silverman, who came to a divorce settlement with her husband, Andrew Silverman.
He and Cowell were once close friends. The estranged pair settled their split, including custody of their son, 7, two weeks after the pregnancy bombshell.
"I'm proud to be a dad ... It's something I hadn't thought of before, but now I know I feel good about it," Cowell said in a recent interview with the BBC. Continue...


"Things in my life are changing for the better."
Whether or not Simon and Lauren will ever tie the knot, a source says that the duo, who are vacationing in the South of France, are totally still together.
"They are making plans together," says the source.
"For the future for themselves and the baby." Hollywoodlife reports. 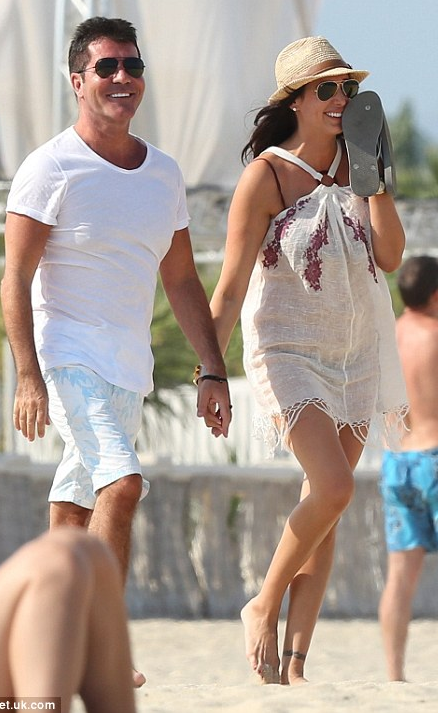 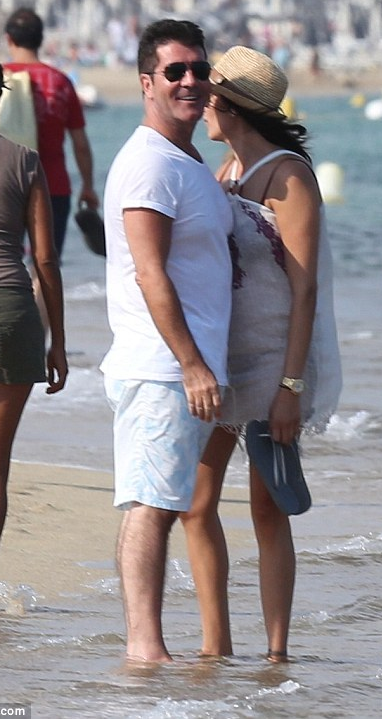 Posted by Unknown at 5:00 pm
Email ThisBlogThis!Share to TwitterShare to FacebookShare to Pinterest
Labels: Hollywood