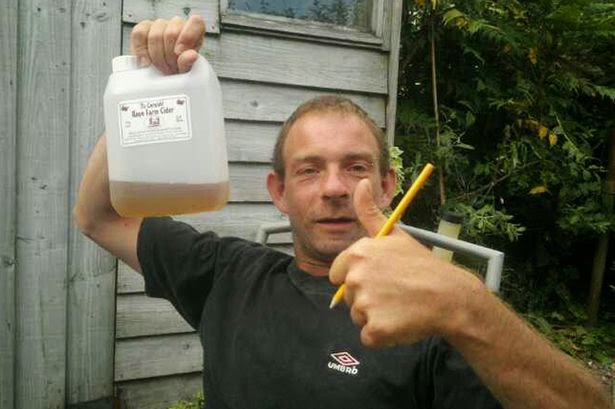 A man committed suicide by setting himself on fire the day after his romance ended, an inquest heard. Broken-hearted Robert Chard bought a filled petrol container and went to a wooded spot before carrying out the fatal act.
Mirror reports that Hours before the 37-year-old cleaner sent a final text to his family and friends saying 'Goodbye - sorry'. His badly-burned body was found by a dog walker in Liskeard, Cornwall on the afternoon of March 21.

Truro Coroners' Court heard that Mr Chard was a heavy drinker who had moved to Cornwall after meeting Penelope Thorne on Facebook. He moved into her home but she ended their relationship the day before Mr Chard died due to his drinking.

She told coroner Barrie Van den Berg he had tried to take his own life on previous occasions. She said:

"Robert wanted to change his life and move here from Reading. We had a good relationship. He was one of the nicest people I've ever met and was always kind to people, but he had a problem with drink. I had no idea he was going to do that, and if I could have stopped it from happening in any way, I would have."

Posted by Unknown at 9:10 pm
Email ThisBlogThis!Share to TwitterShare to FacebookShare to Pinterest
Labels: Crime