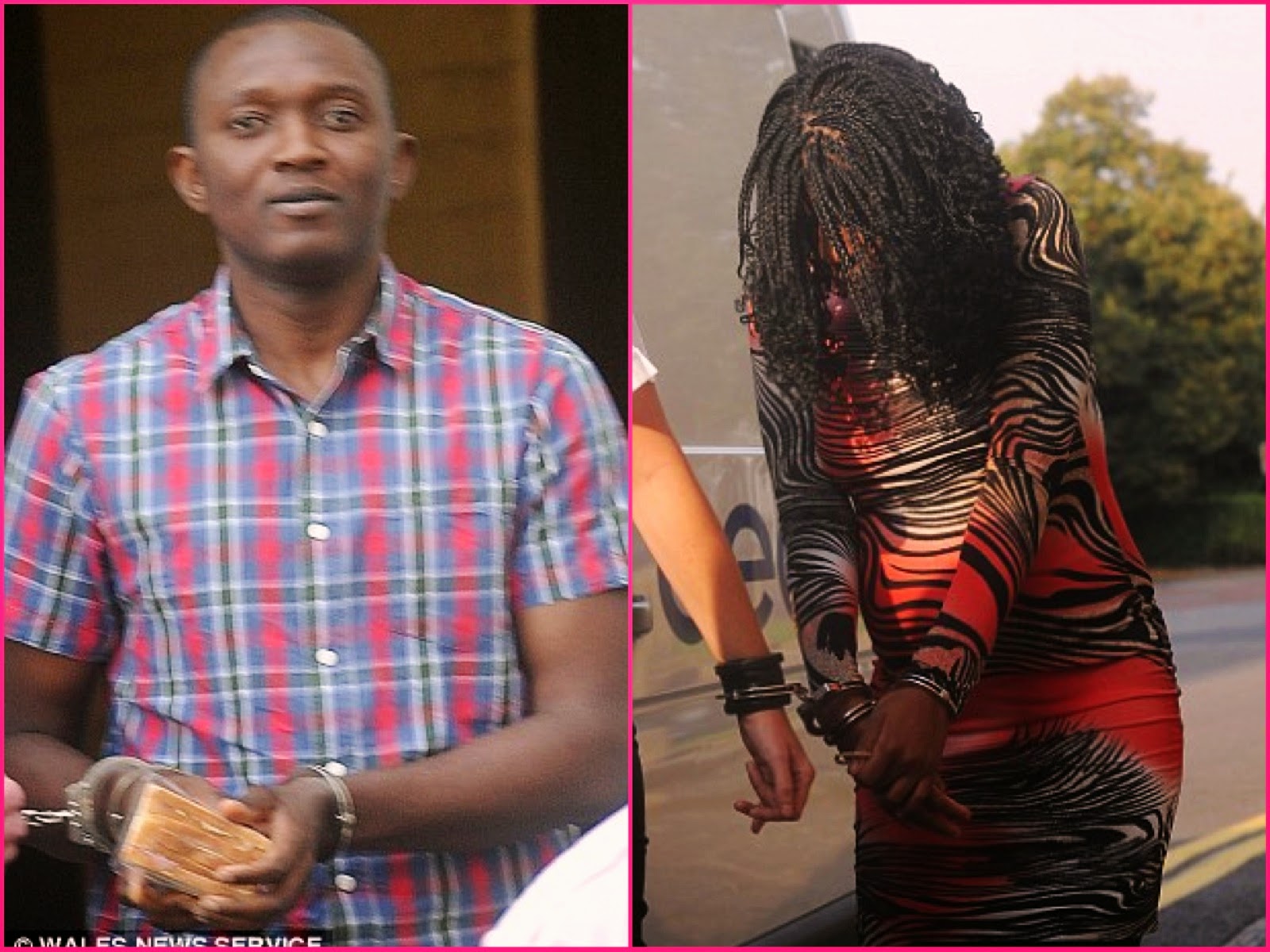 Two women were tricked into working as prostitutes by a couple who used black magic to frighten them into complying, a court heard today. The young women were allegedly trafficked from Nigeria into Britain by Lizzy Idahosa, 23, and her husband Jackson Omoruyi, 41, who are accused of then terrifying them with 'juju magic'.

The alleged victims, aged 23 and 29, were forced to eat snails and snakes as part of a black magic ceremony before being sent to work in brothels and massage parlours. A jury heard the women were in fear of 'illness, madness, infertility or death' if they went against the witchcraft by refusing to have sex with strangers for money.

And all the money they made from prostitution, which came to more than £40,000, was pocketed by Idahosa and Omoruyi, the court was told. Prosecutor Caroline Rees said:

'The couple were involved in the exploitation of two women brought into the UK from Nigeria to work as prostitutes. They were bound to this by something called a juju ritual. It was a ceremonial ritual used to full effect to terrify both women into doing what was demanded of them. It was used to ensure compliance, secrecy, and they believed if they broke the bond dire consequences would follow: illness, madness, infertility or death. They genuinely believed the powers would work.'

Daily Mail reports that Idahosa allegedly arranged for both women to travel from Nigeria forcing them to go through juju ceremonies before they left. The court heard that one woman believed she was coming to the UK to find her father, but ended up trapped in 'thoroughly miserable life' having sex with up to eight men a day at brothels including the Ambassador massage parlour in Cardiff.

'She was told it could be arranged for her to be brought to London but before this could happen she had to attend a juju ceremony.The woman, who got through border controls using fake documents, allegedly paid £45,550 to Idahosa and her husband Omoruyi. Her hair was shaved, her body was marked and her clothes were taken. She had to eat a snail and an egg as well as some dust. She made oaths and promises and thought she would die or go mad if she broke the oaths she had made.'

The second woman was allegedly told she was going to find work in a shop with Idahosa in London. She was allowed into the UK after telling immigration officials she was a lesbian and would be sacrificed if she didn't leave Nigeria.

But the court heard that when she arrived in Britain, she was also made to work in brothels and massage parlours up and down the country. She claims she felt she had 'no choice' because she had taken part in a juju ceremony.
Miss Rees said:

'She was taken to see the juju man, she was given dirty water and made to eat a snake. Her body was marked, her pubic hair and brow hair was cut. She was told not to say anything - she believed the ritual was bonding upon her.' 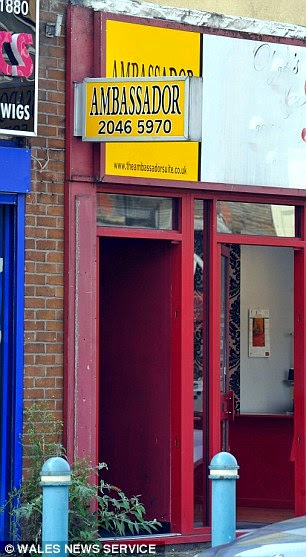 The women were found following an immigration raid on a massage parlour in Cardiff, while Idahosa and Omoruyi were later arrested at their home in Brockley, South London. Idahosa denies seven charges including trafficking for prostitution and moving criminal property, while Jackson denies three charges charges of inciting the women to become prostitutes and transferring criminal property.

Heavily pregnant Idahosa, who has lived off benefits since 2011, claims she was also trafficked to the UK following a juju ritual.

Posted by Unknown at 12:55 pm
Email ThisBlogThis!Share to TwitterShare to FacebookShare to Pinterest
Labels: Crime