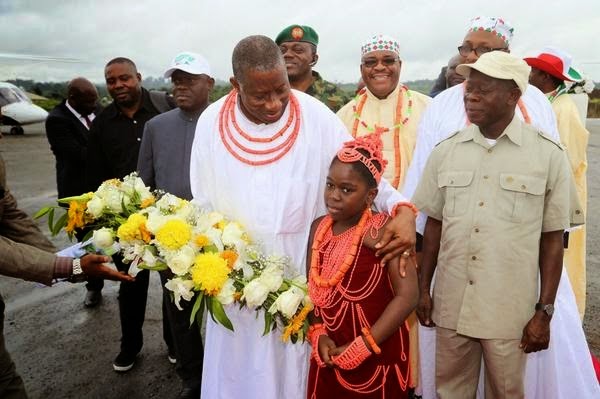 The Oba of Benin, Omo N’Oba Erediauwa, on Saturday presented Red Egbeigbe, the highest Benin traditional attire to President Goodluck Jonathan. Red Egbeigbe is the royal attire wore only by Benin prince and princess on rare occasion like marriages.

Erediauwa presented the royal attire to Jonathan when he paid a courtesy visit to the monarch in his palace in Benin City. Presenting the attire, the traditional ruler said that he often see the president in dark-coloured attire. Erediauwa congratulated the president for getting his party’s endorsement for second term. 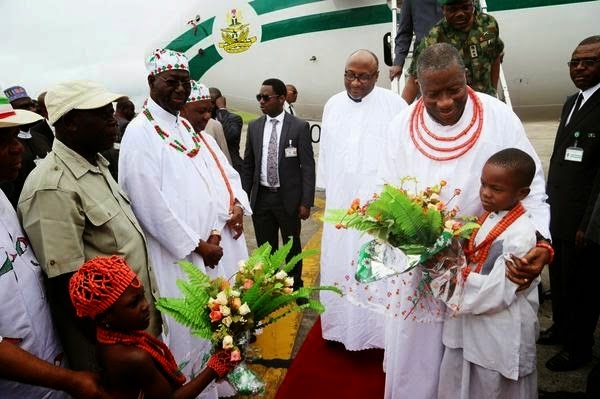 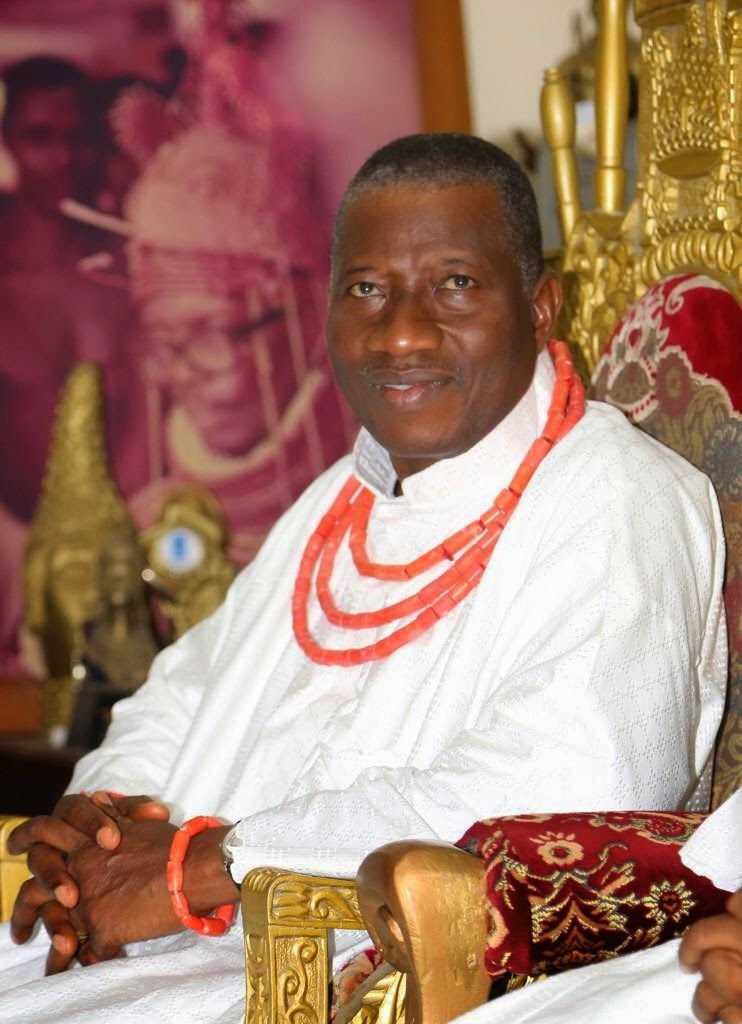 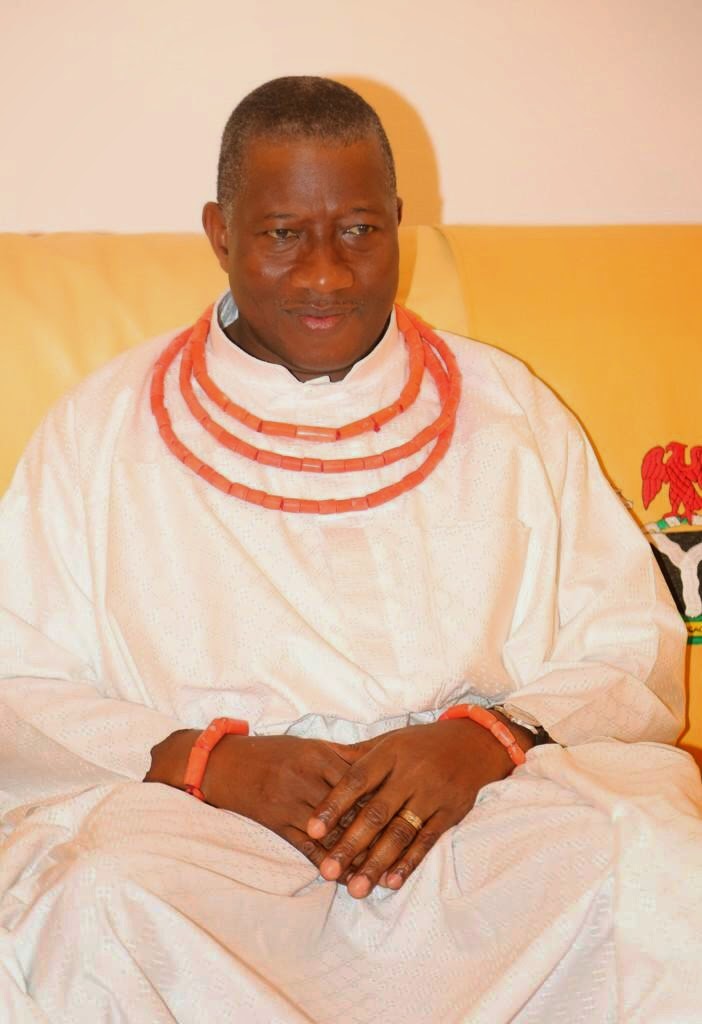 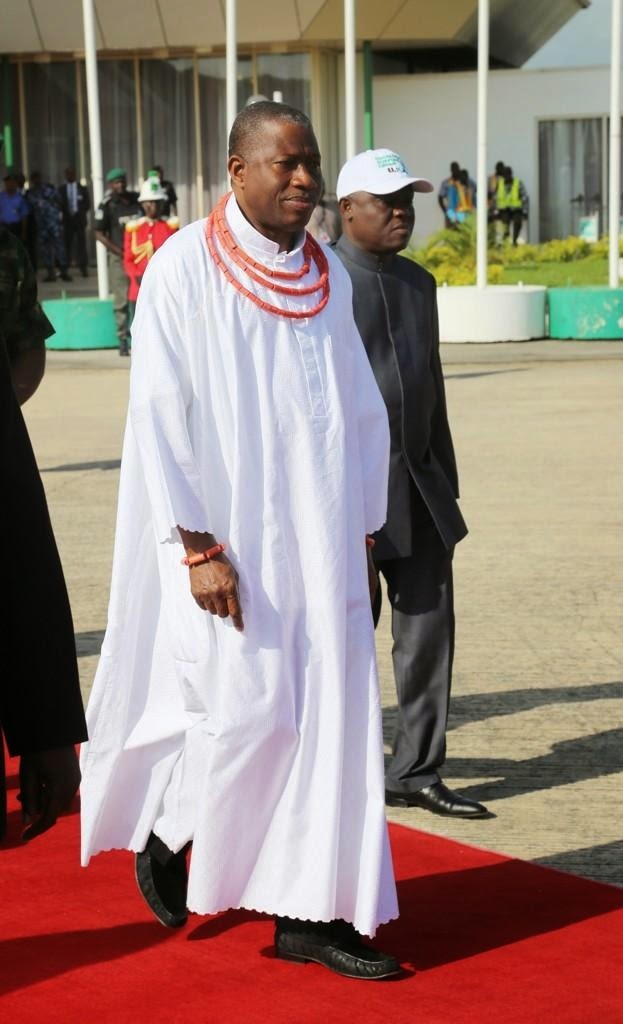 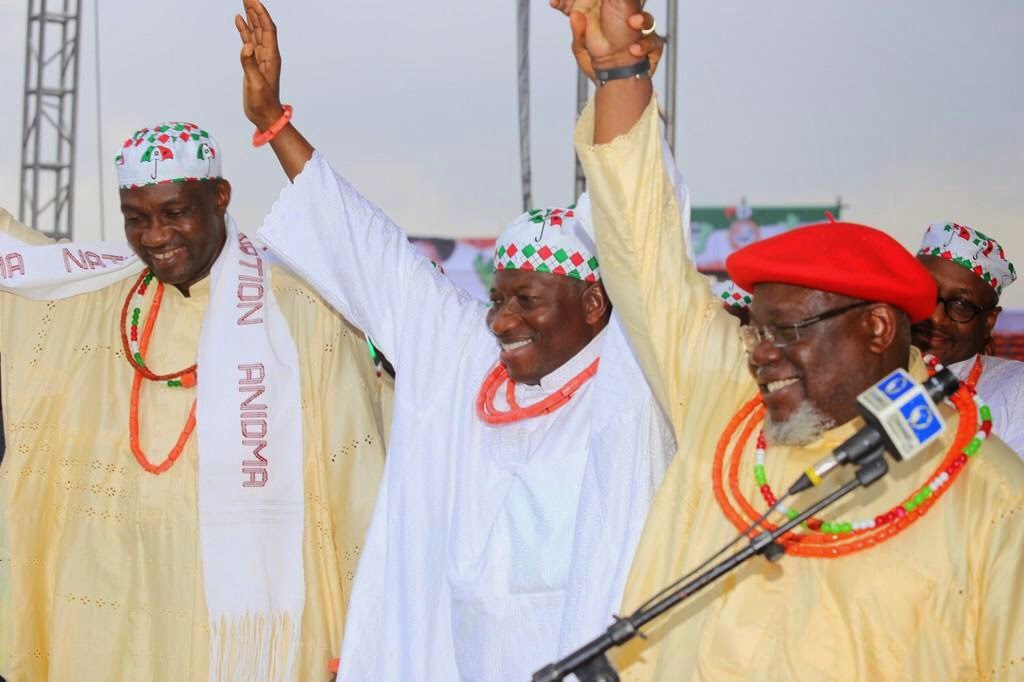 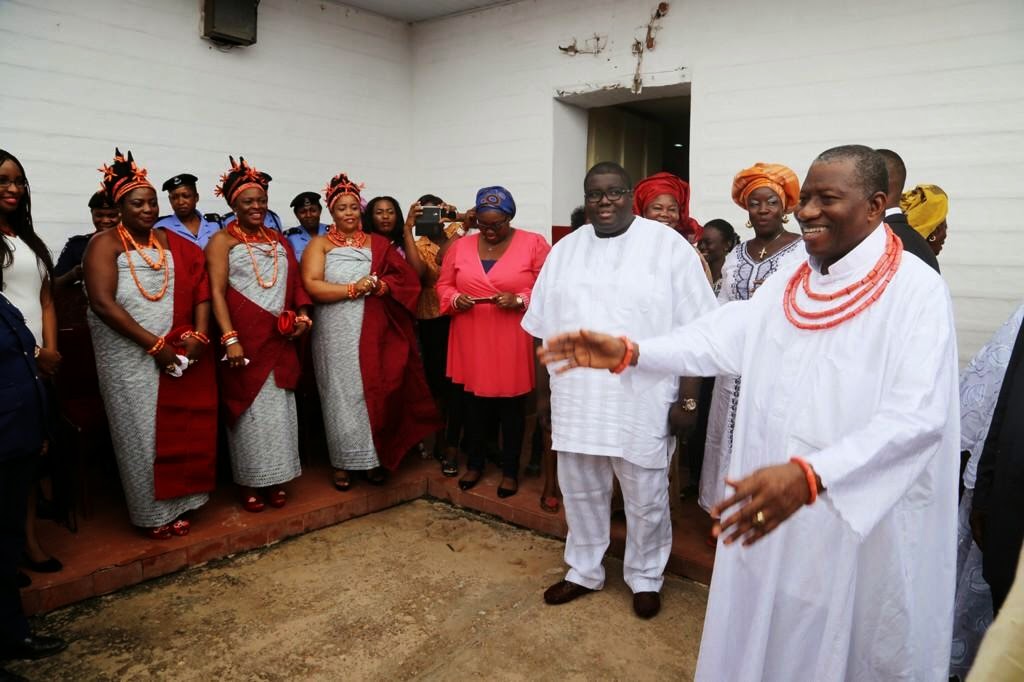 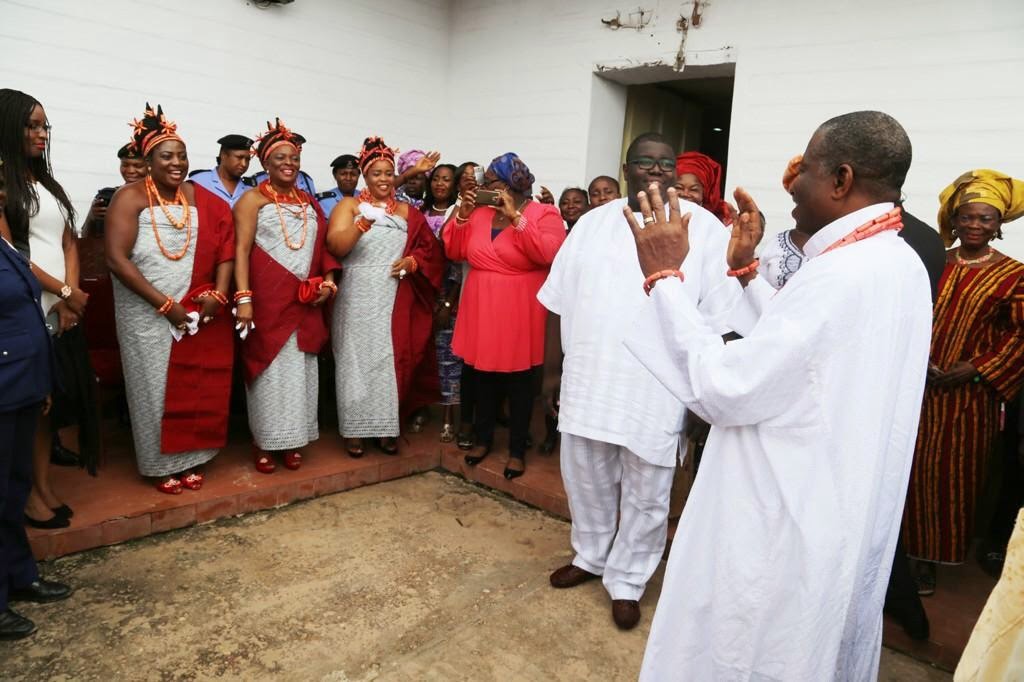 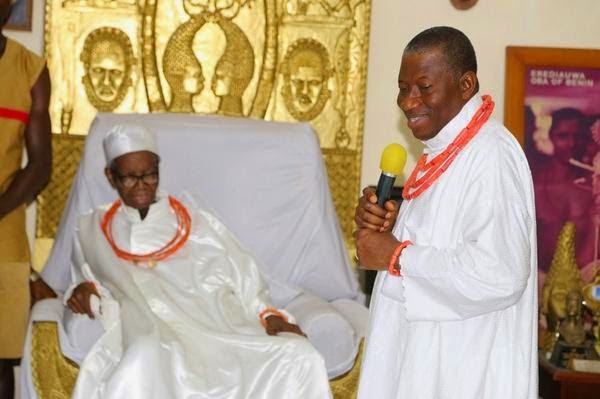 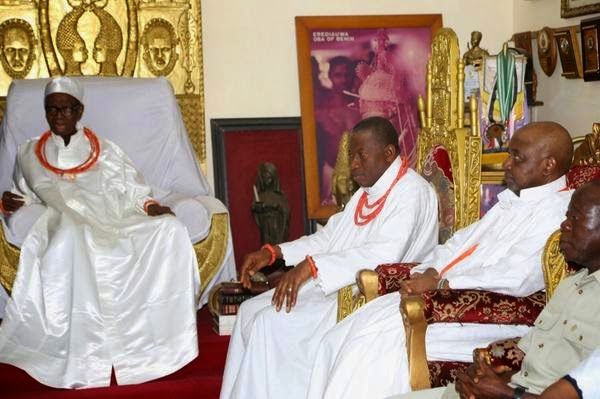 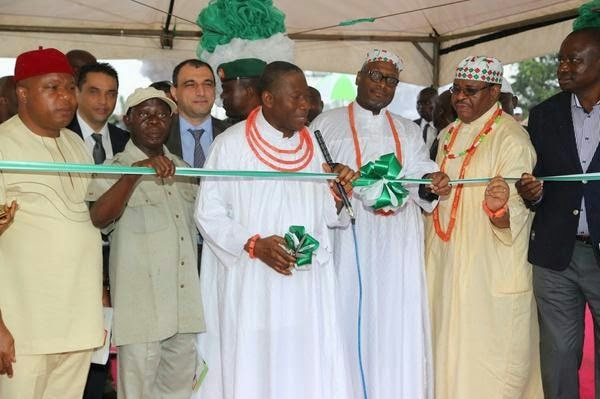 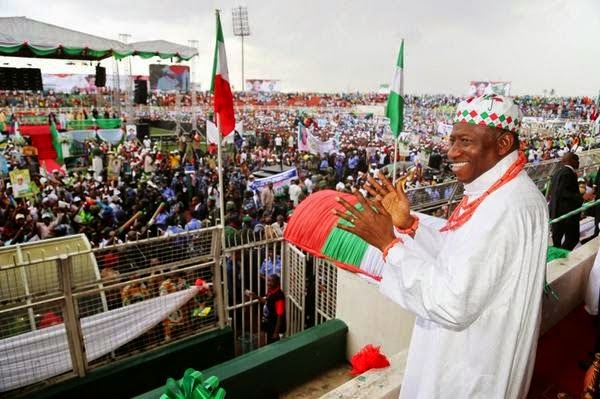 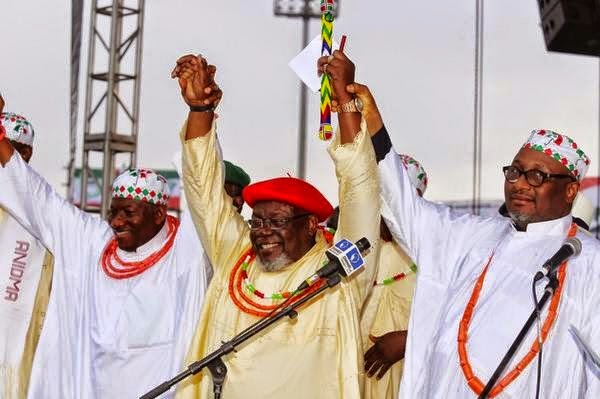 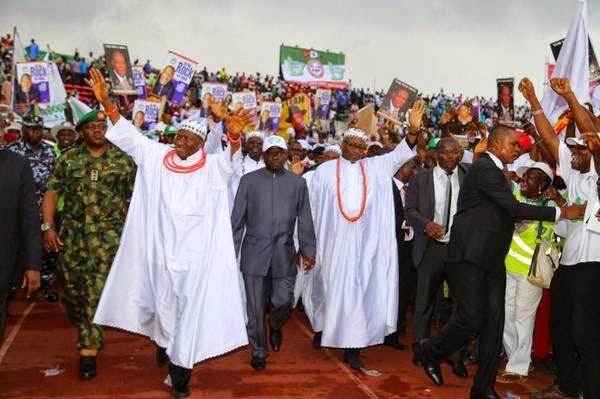 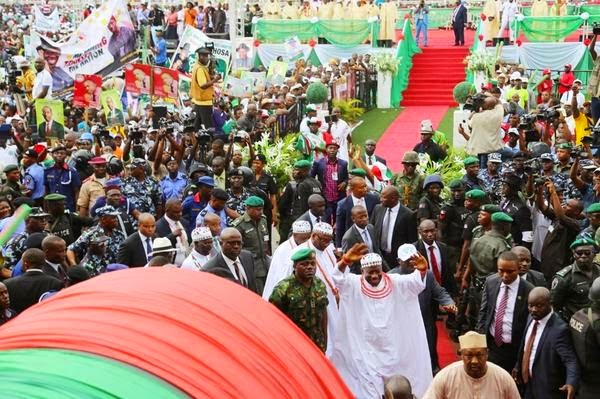 Posted by Unknown at 9:07 pm
Email ThisBlogThis!Share to TwitterShare to FacebookShare to Pinterest
Labels: Gists