Ini Edo's Marriage Crashed Because Her Husband's Family Refused To Settle For A Childless Marriage, Claiming She Is Not A Bona-Fide Wife 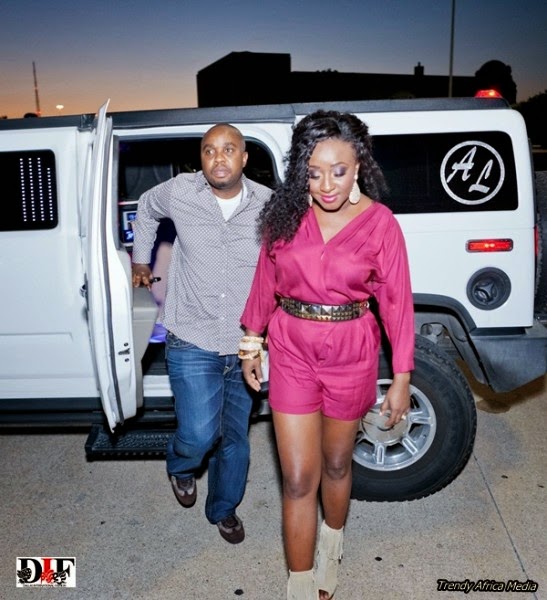 Nollywood diva, Ini Edo who filed for divorce from her US-based husband, Phillip Ehiagwina and took to her twitter handle on Thursday to explain why she filed for divorce, citing “irreconcilable differences” for the break-up, adding that she never cheated on her husband alleging that the rumour was a conscious effort to tarnish her image.
Though, the Akwa Ibom-born actress has been married for a couple of years, she is yet to have a child for her husband and this has culminated into pressure not just from her husband but also his parents and family members.

However, according to insiders, the reason for the divorce suit was that Ini Edo could no longer bear the pressure being piled on her to get pregnant by all means. “The problem has been going on for a long while now,” Sun reports that a close to the actress disclosed, adding: “You know, as Africans, the need for children in a marriage is very important. It is what makes a woman the bona-fide wife to her husband and since Ini just wasn’t getting pregnant years after her marriage, her husband’s family lost patience. Maybe, Phillip wouldn’t have minded because of his deep love for Ini, but his family won’t settle for a childless marriage.”
Reports had earlier stated that the break-up was due to allegations of cheating and distrust between Ini and Phil­lip. The climax was when her husband’s family asked that they return the bride price paid for the actress.
As the news of her divorce went viral barely a month before their 6th wedding anniversary, Nigerians and most especially movie buffs had received the news with a pinch of salt. But then Ini Edo’s recent twitter post confirmed the worst fears of her fans who have been praying fervently for her to get pregnant.
The couple tied the knot in a society wedding that at­tracted the crème-de-la crème in November 2008 in Houston, Texas. Meanwhile, to show that she really means business, Ini’s bio-data on Instagram now bears ‘actress’ instead of ‘wife’ and she is also reported to have reverted to her maiden name, with reports that she had dumped her expensive wed­ding ring.

Posted by Unknown at 9:26 am
Email ThisBlogThis!Share to TwitterShare to FacebookShare to Pinterest
Labels: Gists