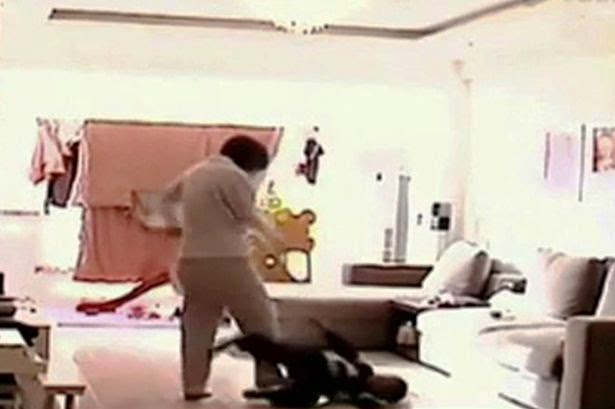 This horrific footage caught the moment a babysitter 32-year-old Heng Hsiao attacked a young child because he refused to eat his food in China.
The footage was secretly recorded by a covert security camera put in place to catch burglars, but instead shows five year-old Shing Sun who was beaten by his cruel babysitter. Watch the video inside...

"When we got home she seemed normal and said Sun was in bed asleep. She was a new babysitter so we didn’t really know her that well, but she seemed nice enough. We paid her and then we went up to see Sun. He was crying and shaking with fear.

"When he told us what had happened we couldn’t believe it. But then we checked the camera, which we’d put up to catch burglars, and saw that woman attacking our little boy. We were completely shocked and sickened. How could someone to do this to a child?

"There are so many child abuse cases and baby sitters are rarely punished severely. But I never thought it would happen to our child.”


A police spokesman said: "We have seen the video and are now questioning the woman."
Posted by Unknown at 10:56 pm
Email ThisBlogThis!Share to TwitterShare to FacebookShare to Pinterest
Labels: Crime