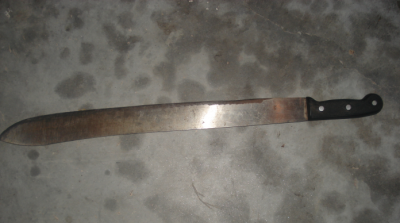 An 85 year-old community leader in Arougba village, in Oredo local government area of Benin metropolis, Goodluck Uwumahongie, has been beheaded by unknown persons, over alleged land tussle. Police sources confirmed that the killers left with the victim’s head. The assailants were said to have shot late octogenarian before they chopped off his head. He was said to have been alone at his in-law’s residence at Irhirhi village when the attackers struck.

It was gathered that the victim had fled to Irhirhi, following the crisis that trailed the alleged land tussle at Aruogba, where many houses were burnt and three persons killed. Fifty-five year-old widow of the victim, Julie, said she received the news of the murder of her husband at about 5:30am. She confirmed that her husband’s death was not unconnected with the crisis surrounding the community land.


“One Osamwonyi has earlier threatened to kill my husband before the crisis. After we ran away from the village during the crisis to seek refuge at my father’s village at Irhirhi, Osamwonyi saw him here and said he would still kill him.”“I was called that my husband was killed brutally. He was killed because of land tussle. They have been fighting over the community land. He said my husband joined the other faction against them. People said he was shot before they cut off his head and took the head away. I hid my husband in my father’s house. Nobody was at home when it happened.”

Edo State Police Command Public Relations Officer, spokesman, Joseph Edogiawerie, who confirmed the killing, said two suspects have been arrested, adding that the police were on the trail of the killers.

Posted by Unknown at 4:19 pm
Email ThisBlogThis!Share to TwitterShare to FacebookShare to Pinterest
Labels: Crime