Brazilian miss BumBum runner-up Andressa Urach is now bed-ridden and in agony, the model almost died when plastic surgery to plump her rear began to ROT her body tissue, and spent a month in intensive care.

Doctors feared they would have to amputate her legs when hydrogel and PMMA fillers injected into her behind were removed, triggering life-threatening septic shock.

The 27-year-old, who controversially claimed she bedded Real Madrid striker Cristiano Ronaldo , has reportedly undergone at least nine cosmetic procedures in the past five years. 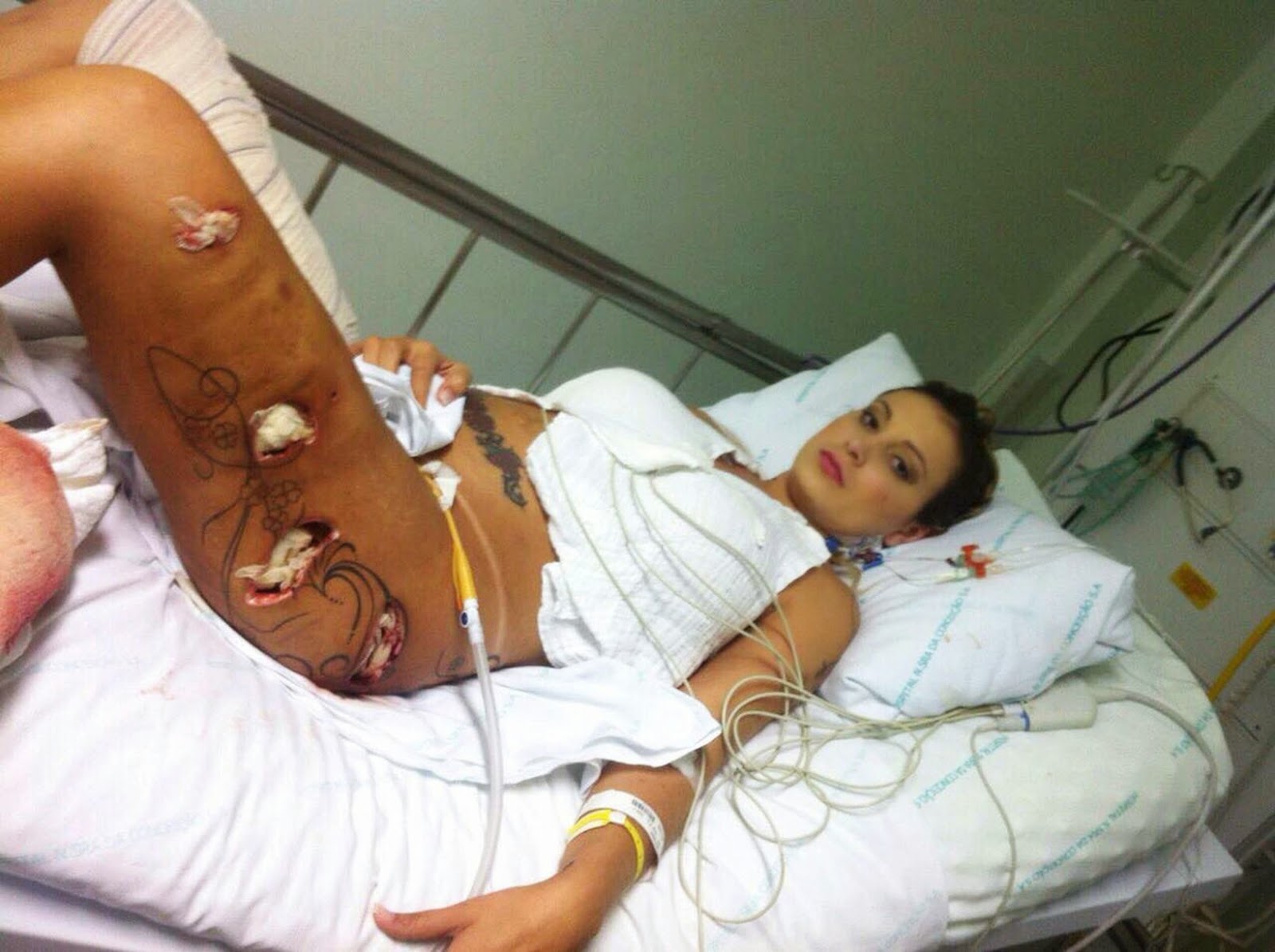 They were said to have included a nose job, a bioplasty facial "correction," jaw reduction, breast enlargement, liposuction and even vaginal lip reduction. Her prized rear won her the runner-up title in the 2012 Miss BumBum contest, after the model turned to drastic measures to make it appear more round and plump.

But in July she dashed to medics to complain of discomfort and had 400ml of hydrogel drained from each of her upper thighs, after she discovered the PMMA is sticking to her muscles and causing the tissue to rot.

Despite the operation, the pain continued in November she was taken to the Conceicao Hospital in Porto Alegre, Brazil, with an advanced infection of her left leg, she is now suffering from septic shock and being placed in intensive care. 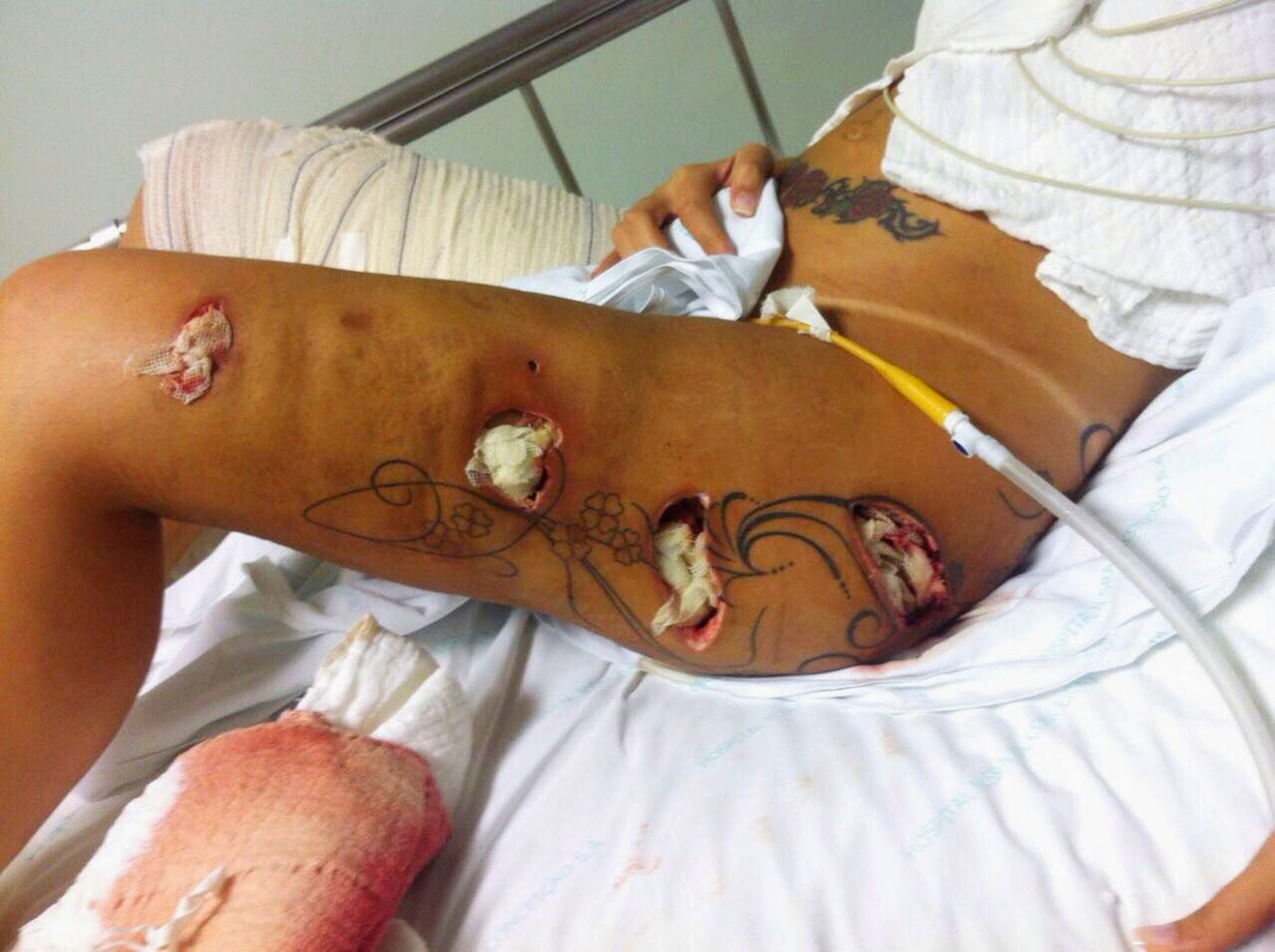 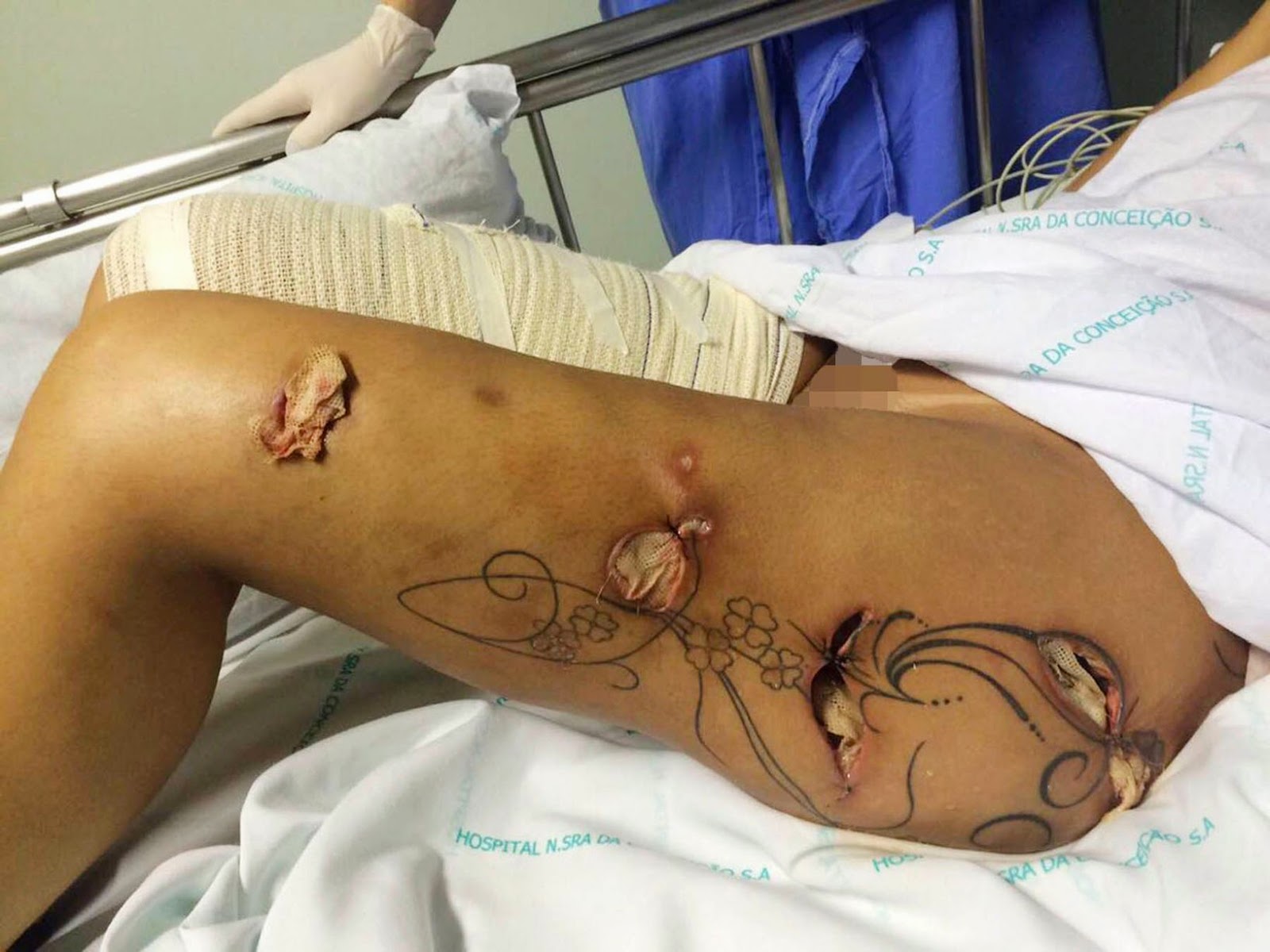 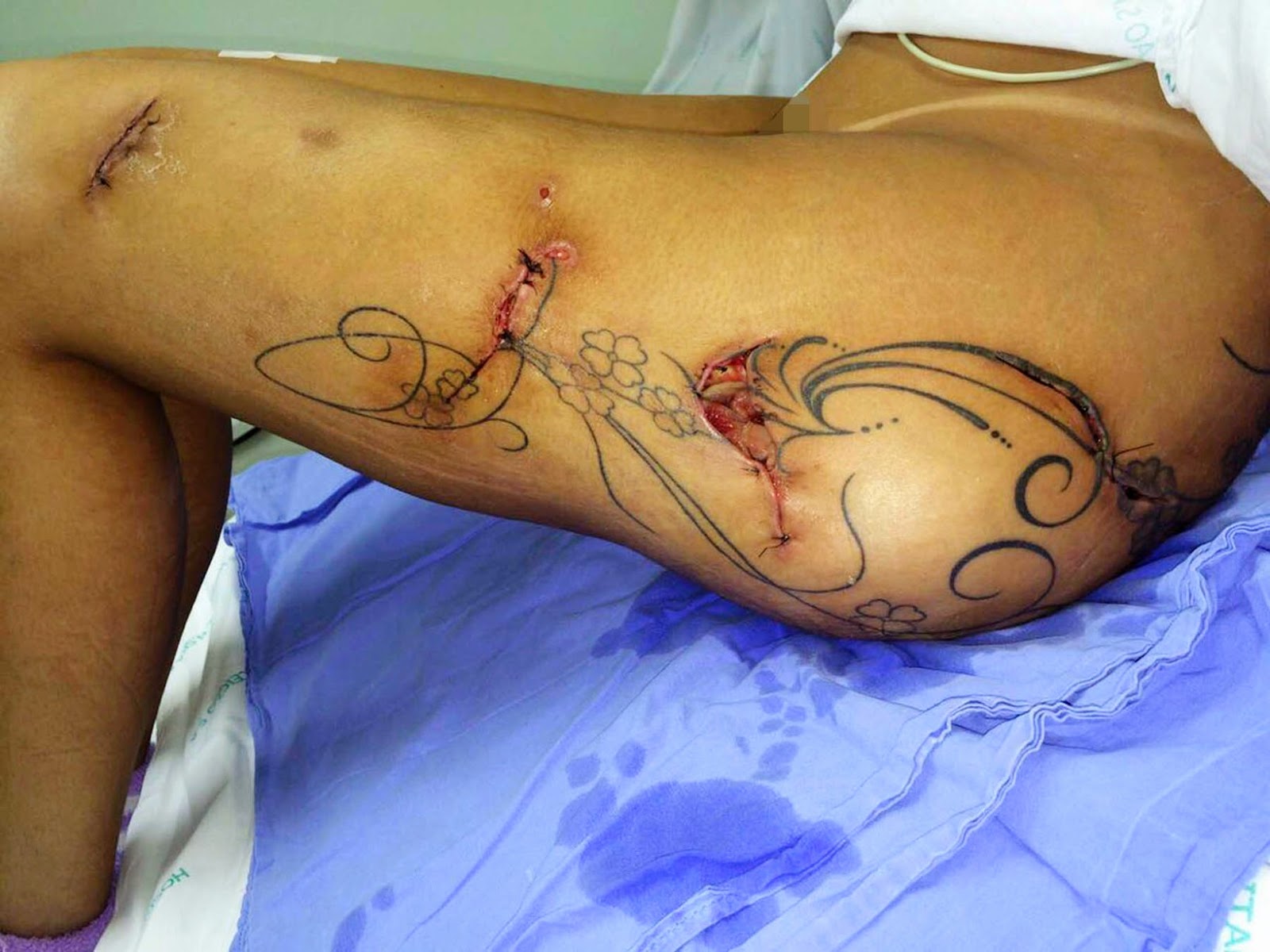 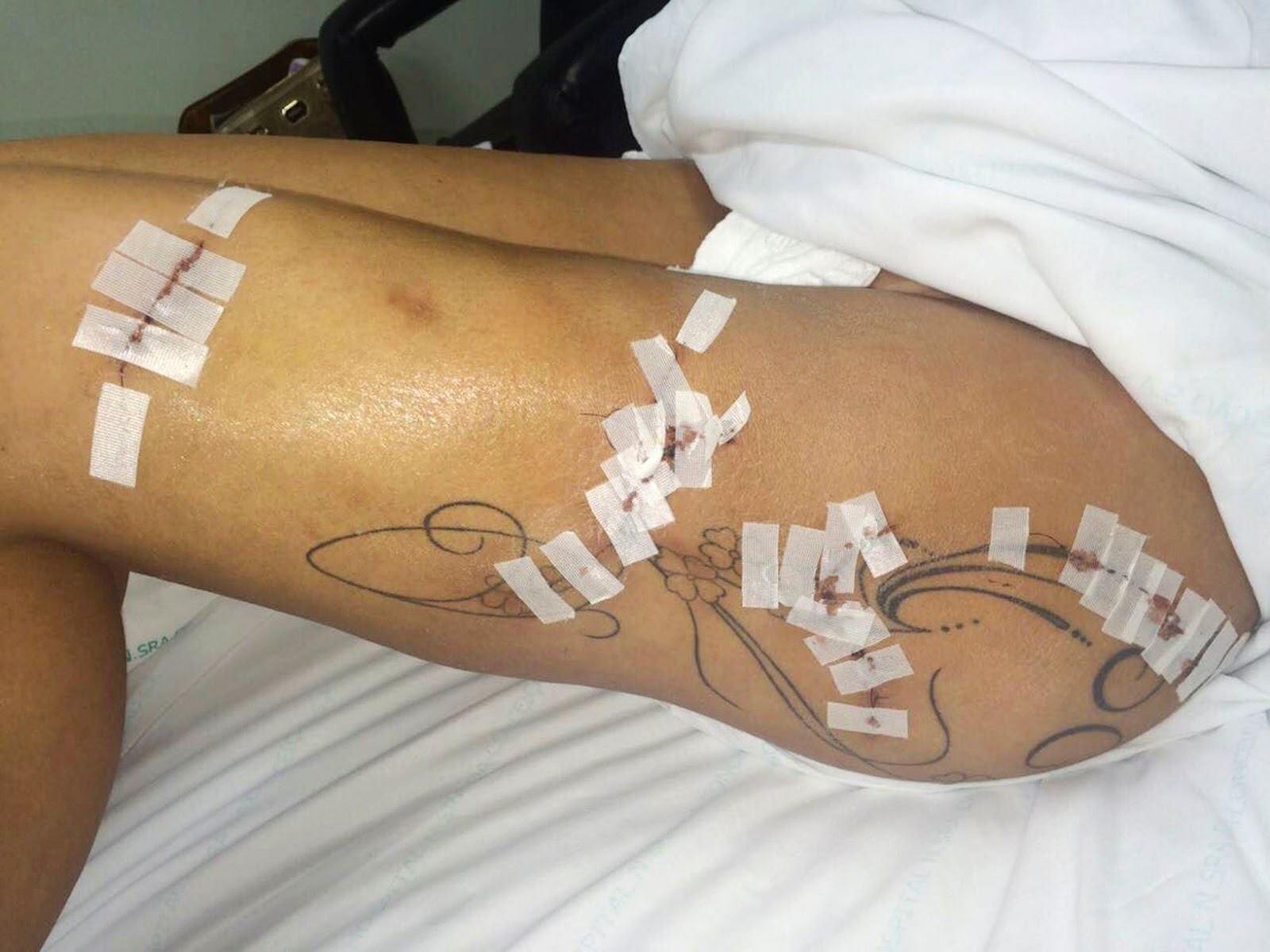 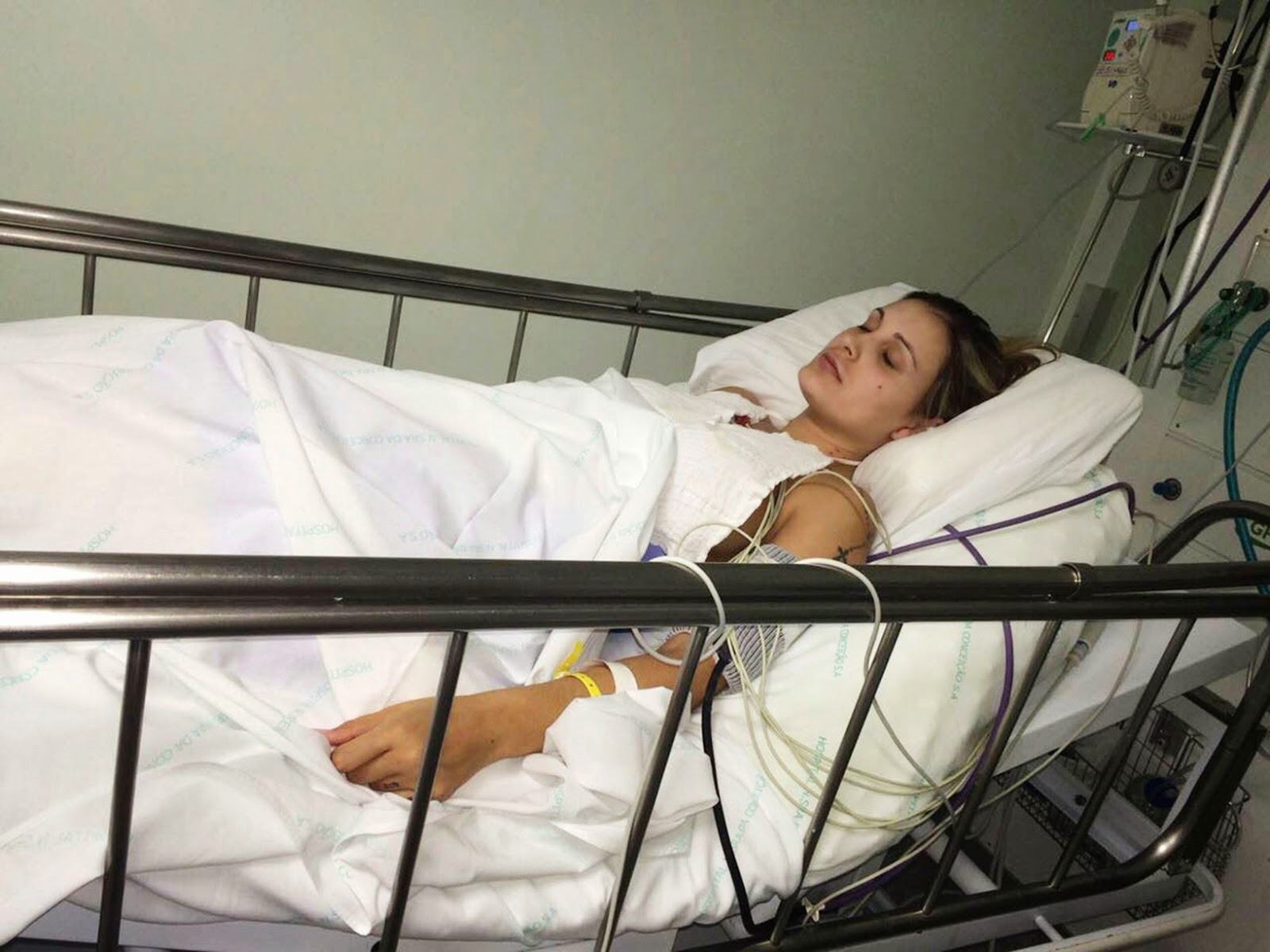 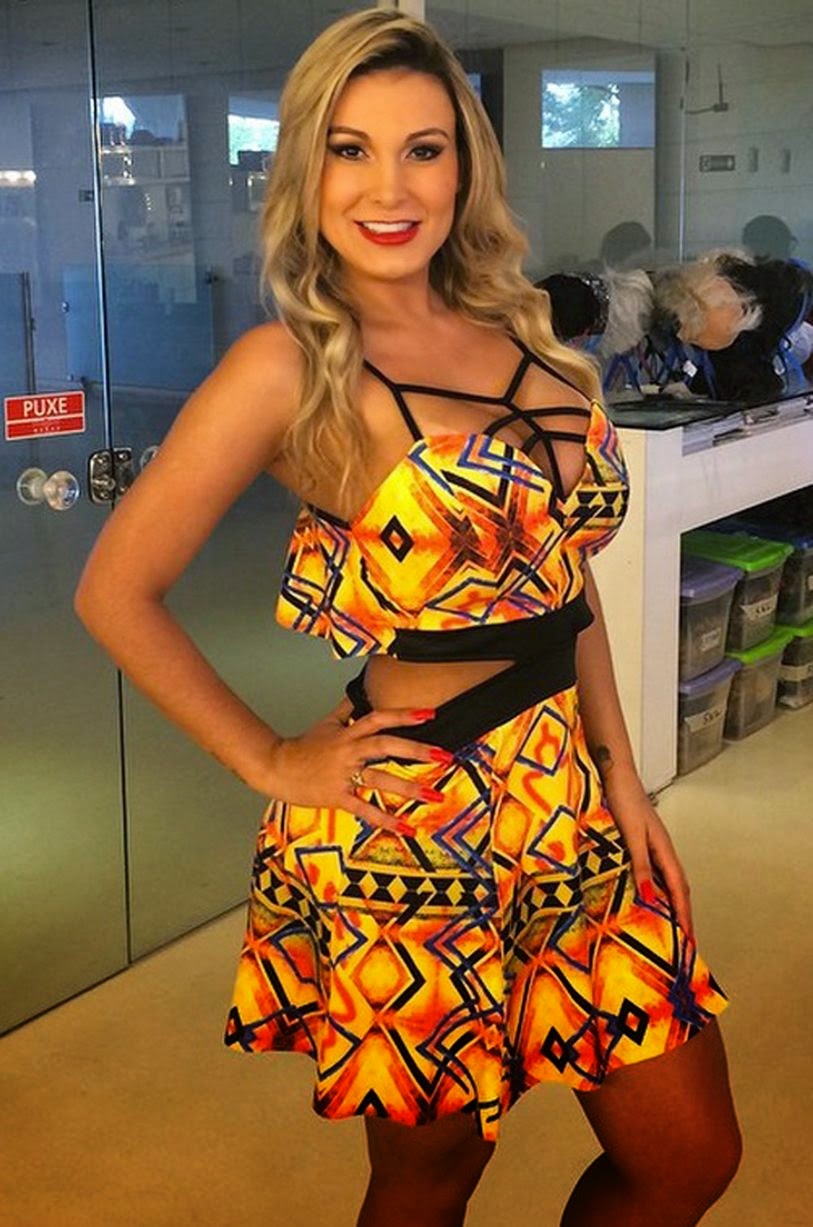 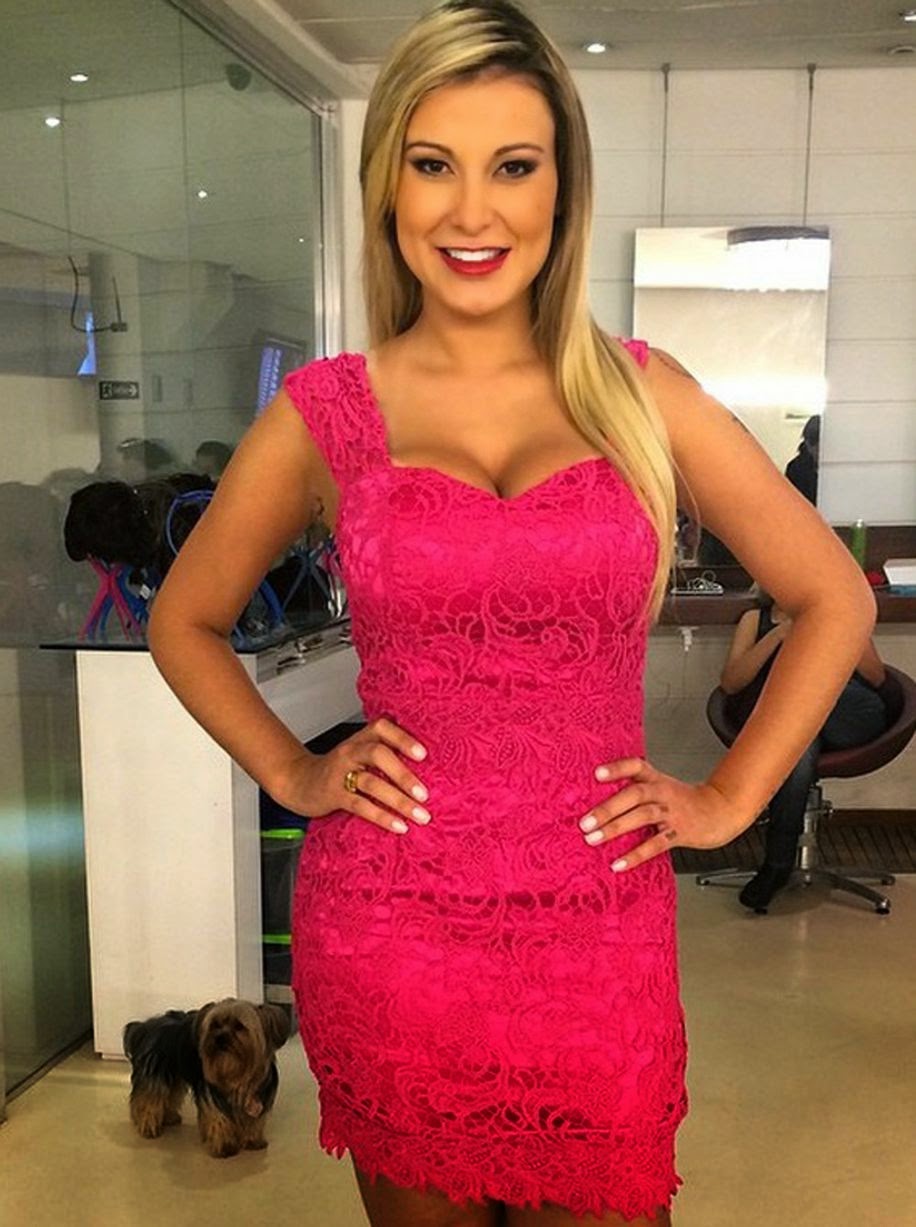 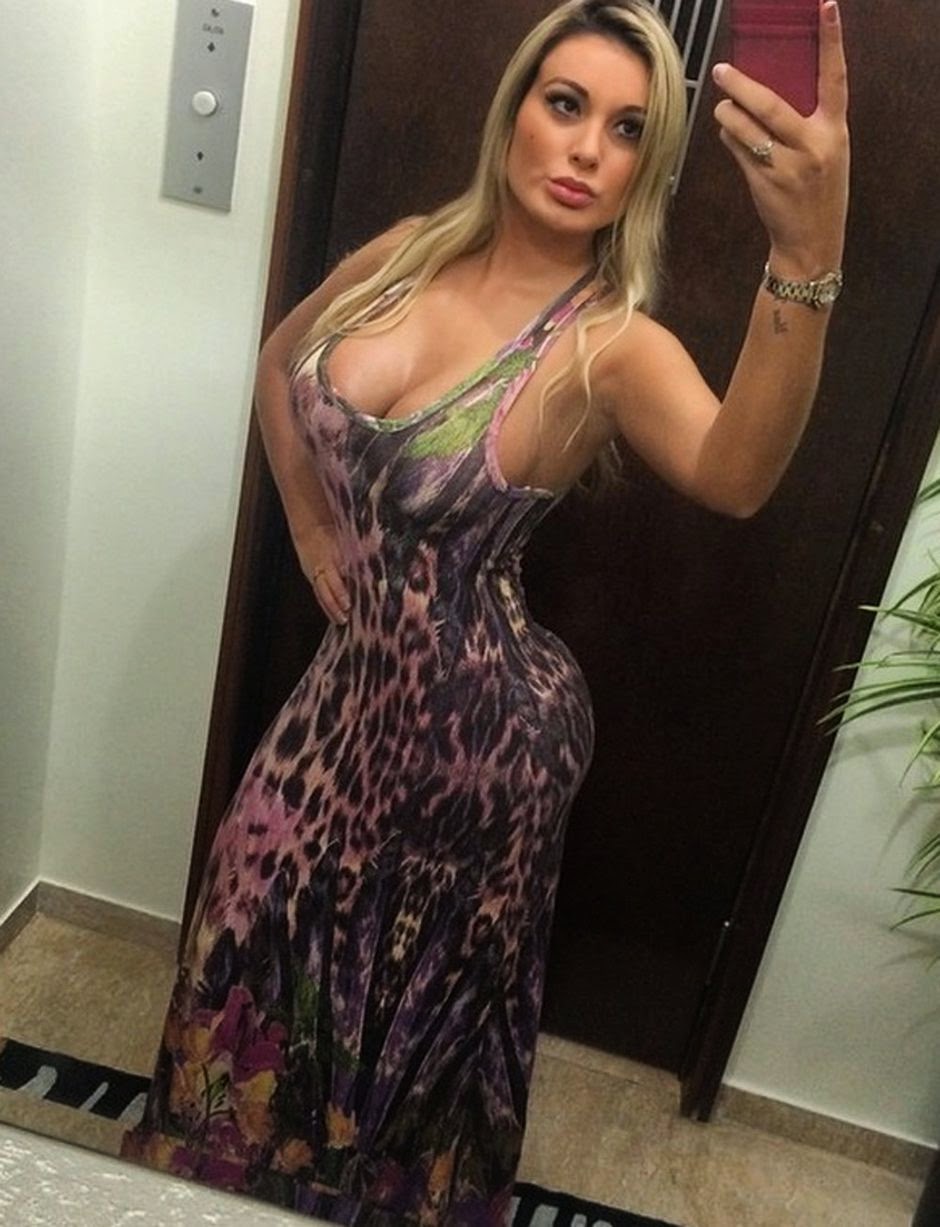