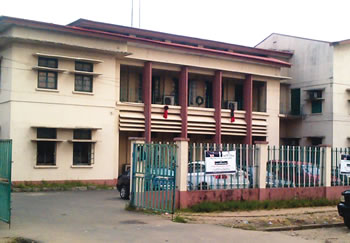 The police have arraigned one Joshua Kolawole and Ademola Adeleke for allegedly impersonating a Christ Apostolic Church pastor and defrauding a restaurateur in Yaba, Lagos. The suspects were arraigned before a Chief Magistrates’ Court, Yaba, Lagos.

Kolawole and Adeleke were said to have defrauded a restaurant manager, one Kehinde Sulaimon on August 6, 2015. On the day of the incident, Kolawole was said to have disguised as a pastor, while Sulaimon posed as another victim.

It was learnt that Kolawole stopped the victim by the roadside and claimed to have seen a revelation about her. Meanwhile, Adeleke, who disguised as another victim, stopped by and joined in the discussion.

Kolawole was said to have ordered Adeleke and Sulaimon to bring sand from a nearby place, claiming that they stood on a holy ground. Adeleke willingly obeyed, leaving his phone and money in Kolawole’s custody.

However, when Sulaimon came back, Kolawole and Adeleke were said to have disappeared. Our correspondent gathered that the envelope Adeleke kept in Kolawole’s custody contained papers.

It was learnt that Sulaimon identified the suspects while they were trying to defraud another victim. She reportedly raised the alarm, while the matter was reported to the police.

The suspects were subsequently arrested and arraigned in court. They were arraigned on five counts bordering on conspiracy, impersonation and fraud. The charges read in part,

“That you, Joshua Kolawole and Ademola Adeleke, on August 6, 2015, in Sabo, Yaba, Lagos, did conspire to commit felony to wit: falsely representing yourselves as pastors from the Christ Apostolic Church, Sabo, Yaba, Lagos.”

The police told the court that the offences committed were punishable under Section 378 (1) of the Criminal Law of Lagos State, 2011.”

The defendants pleaded not guilty to the charges and elected summary trial. The magistrate, Mrs. O. A. Erinle, admitted the defendants to bail in the sum of N80,000 each, with two sureties in like sum.

The magistrate subsequently adjourned the matter till September 14, 2015.

Posted by Unknown at 11:17 am
Email ThisBlogThis!Share to TwitterShare to FacebookShare to Pinterest
Labels: Crime