It's Over! 'Black-ish' Star Anthony Anderson's Wife Reportedly Files for Divorce After 20 Years Of Marriage 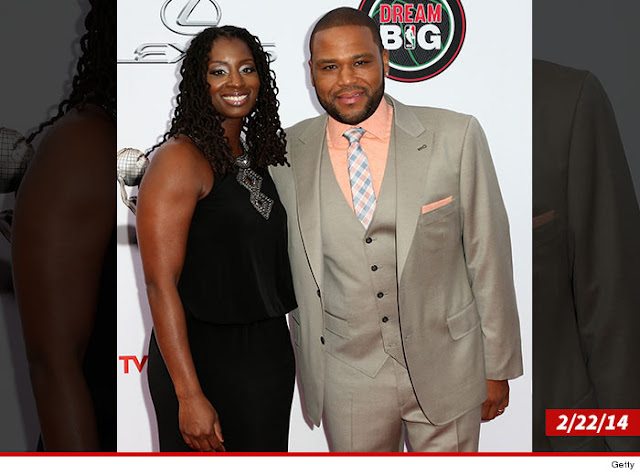 Hollywood actor and “Black•ish” star, Anthony Anderson is reportedly headed to divorce court after his wife Alvina Stewart filed paperwork to leave him after 20 years of marriage.

The EMMY nominated actor and his estranged wife got married in 1995 and also share two teenagers together, a 19-year-old daughter named Kyra and a 15-year-old son named Nathan. According to TMZ, Alvina is seeking joint legal custody and primary physical custody of their minor child including “reasonable visitation” for the ABC star.

She’s also seeking spousal support for her husband. Alvina listed their date of separation as April 1, 2015, 5 months before “black•ish” premiered on network television. It's unclear if she'll lay claim to Anthony's "Black-ish" money.

Posted by Unknown at 10:55 am
Email ThisBlogThis!Share to TwitterShare to FacebookShare to Pinterest
Labels: Hollywood