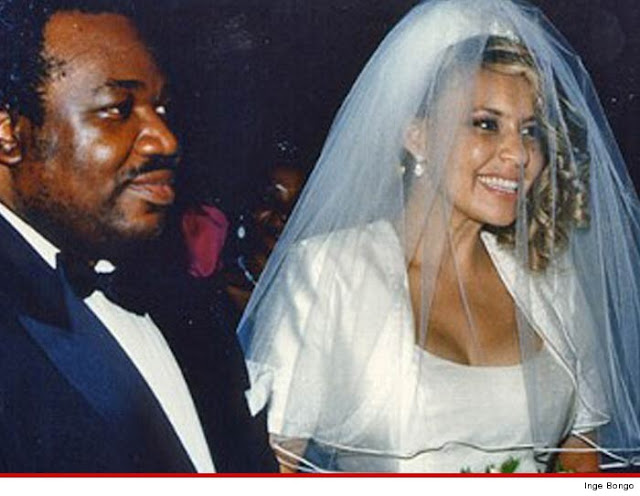 TMZ reports that the reports that President of Gabon in West Africa has 2 wives with very different lives ... one who lives in the presidential palace and the other who's on welfare. Guess who's unhappy and wants a divorce?
President Ali Bongo Ondimba lived in L.A. when his dad was the president. He met a woman named Inge in 1991 and married her 3 years later. They had 3 kids and lived lavishly ... private jets, mansions, cooks, the works. In fact, in 2006, Inge was featured on a VH1 show -- 'Really Rich Real Estate﻿' -- where she bid $25 mil on a Malibu mansion.

But then Ali's dad died and he became President of Gabon, which required him to move back to his homeland. Inge followed him but claims her life was a nightmare. She says witch doctors convinced her husband she was crazy and as a result she was beaten, mutilated and kidnapped.

Inge escaped and came back to L.A. Ali got married to another woman and Inge says he completely cut her off financially. Inge says she hasn't received a dime since 2008.

Fast forward to September 2015 ... Inge, who says she's living on welfare, filed for divorce. In the legal docs -- obtained by TMZ -- Inge says she and her 16-year-old son are living on $524 a month in public assistance.

She's asking for full custody and spousal support. There's an obvious dilemma -- California courts are going to have a problem getting jurisdiction over the president of an African country.

But Ali may have a problem, too. He married a much younger woman, Sylvia Valentin, and it looks like polygamy may be an issue.

Posted by Unknown at 2:50 pm
Email ThisBlogThis!Share to TwitterShare to FacebookShare to Pinterest
Labels: InternationalNews