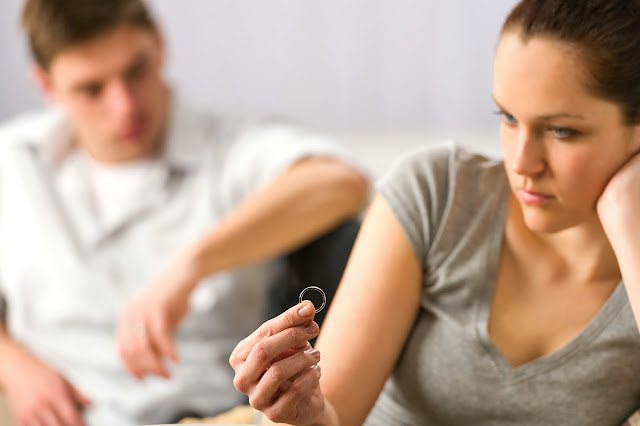 A 42-year-old wife, Odeyemi Joke, has urged an Ado-Ekiti Customary Court to dissolve her 20-year-old marriage to her husband, Akintade for alleged frequent fighting and not ready to work. Joke, a resident of No 18, Oke-ila Street, Ado-Ekiti, on Tuesday also alleged lack of care for her and the children as well as lack of rest of mind.

She told the court that they fight almost on daily basis because she advised her husband to get a job. The mother of five said that her husband did not pay the children school fees or provide foodstuff in the house because of his joblessness. “I have been responsible for the payment of the children school fees, clothing them and provide food in the house,’’ she said.

The petitioner said there was a day the husband threatened to kill her with cutlass in the presence of his mother-in-law. Joke told the court that their landlord sent them out and her husband told her to secure another apartment where she could live with the children.

She said that her husband went to stay in his parent house, adding that whenever he comes to visit them, he always foment trouble. The petitioner said that the matter was reported to the husband’s aged mother and junior brother. “But they told me that we should go and resolve our matter, that they are fed up with his behavior,’’ she alleged.

Joke said that her husband recently secured a security guard job, noting that he spend his salary on drinking without consideration for her and the children. She, therefore, urged the court to award her the custody of the children – Sefunmi, 20, and married, Kayode, 16, Joshua, 13, Dunsin, 7, and Seyi Odeyemi, five years.

The respondent was absent in spite of repeated summons by the court. The President of the court, Mr Ogunsemi Joseph, after hearing from the petitioner adjourned the case to Oct. 5, for judgment.

Posted by Unknown at 5:45 pm
Email ThisBlogThis!Share to TwitterShare to FacebookShare to Pinterest
Labels: NijaDrama