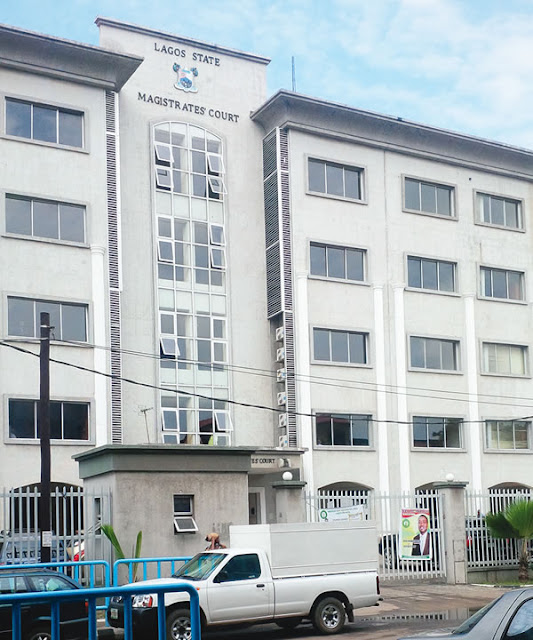 The police in Lagos State have arrested a 32-year-old gardener, Abeng Oji, for allegedly raping his boss’ daughter, Temitope (pseudonym), six years, inside a bathroom.
It was learnt that the suspect lived with the victim’s family in Ologolo Community in the Eti-Osa Local Government Area of Lagos.
Our correspondent gathered that the victim’s parents had gone for a church vigil on January 30, 2016, leaving her and the gardener at home.
Our correspondent gathered that he initiated a chat with the kid and started making advances to her, which she resisted.Around 6am the next day when the couple had yet to come back, Oji reportedly entered Temitope’s room under false pretences that he wanted to charge his mobile phone.
It was learnt that the suspect overpowered her and dragged her into a bathroom in the apartment, where he allegedly had sex with her.

He was said to have warned her against revealing the act to the parents, threatening that she would face dire consequences if she did.
However, trouble started when Temitope reportedly yelled and complained of pains as her mother touched her private parts while she was bathing her.
After prodding, she was said to have divulged the secret to her mother. The case was reported at the Ilasan Police Division, leading to Oji’s arrest.
A source told PUNCH Metro that the suspect was also learning horticulture at Temitope’s father’s firm.
He was subsequently arraigned on one count of rape on Wednesday before an Igbosere Magistrate’s Court by a police prosecutor, Inspector Azu Feddy.
The charge read, “That you, Abeng Oji, on January 30, 2016, at about 6am at Ologolo Community, in the Eti-Osa Local Government Area, within Lagos Magisterial District, did have an unlawful carnal knowledge of one (name witheld) aged six, thereby committing an offence punishable under Section 137 of the Criminal Law of Lagos State, Nigeria, 2011.”
The accused pleaded not guilty to the charge before the presiding magistrate, Mrs. O.A. Ogunbowale, and was admitted to bail in the sum of N5m with two sureties in like sum.
Ogunbowale also requested the sureties to present a certificate of occupancy, evidence of tax payments made to Lagos State and their residential addresses to the court for verification.
Adjourning till April 13, 2016, the magistrate instructed that the case file should be sent to the Directorate of Public Prosecutions for legal advice while the defendant be kept in prison custody pending the perfection of his bail.

Posted by Unknown at 10:33 am
Email ThisBlogThis!Share to TwitterShare to FacebookShare to Pinterest
Labels: Crime