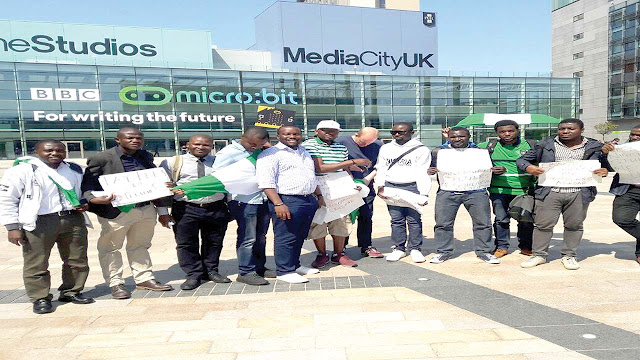 Speaking to The Guardian on their plight, one of the students, Mr. Enyita Clifford Iteshi, who is a PhD student at the University of Salford, Manchester said: “Precisely in January 2014, Governor Martin Elechi started the implementation of his government’s first scholarship scheme in which candidates were asked to obtain forms with N10,000.

“One hundred and names including those for MSc and PhD were shortlisted for oral and written interviews. This resulted in 32 candidates being selected to add to those who were already selected for being the best graduating students in their courses of study. Between 2014 and 2015, many scholars graduated and returned to the state and we are currently 42 in number undertaking PhDs in different parts of the world including China, South Africa, Canada, the US and the UK.

“The immediate past government had always paid our tuition fees and living expenses promptly and have paid for bench fees and research grant accordingly. When the present government came in, the first wrong step was that the office of the Senior Special Assistant (SSA) to the Governor on Higher Education, instead of the scholarship board that already had details and procedures of operation, announced that we should ask our families to come and pick a N200,000 Cheque as intervention fund (in some quarters they called it research grant which were meant to be 5500 pounds each.

“When we asked for the reason, the Senior Special Adviser on Higher Education, Dr Adaeze Nwuzor told us that the N200,000 was to show commitment that the new government was continuing to fund the scholarship. We agreed and after some point, between September and December 2015, a committee was set up to verify the awards and we were asked to submit another documents to both office of the Secretary to the State Government and Dr. Nwuzor which we complied. Since then there has been no formal communication to us either from the governor or his aides. Neither our tuition fees nor our living expenses have been paid, thereby worsening our situation. The most annoying thing is that government has always captured our funding in their budget, even in the 2015 and 2016 budgets.”

I have been logged out of the university and cannot even afford to book my flights. I have been threatened by the UK government. I may be arraigned in the court of law for being indebted to the University and landlords before facing deportation. This is if I didn’t clear my debts before the month ends,” one of the student said.

Speaking to The Guardian on phone, the Special Adviser to the Ebonyi State governor on Higher Education, Dr. Adaeze Nwuzor, said that her boss had in August last year approved the payment of the 2013, 2014, 2015 arrears owed to indigenes of the State that are on State government’s scholarship scheme at home and abroad.

Posted by Unknown at 10:50 am
Email ThisBlogThis!Share to TwitterShare to FacebookShare to Pinterest
Labels: NationalNews