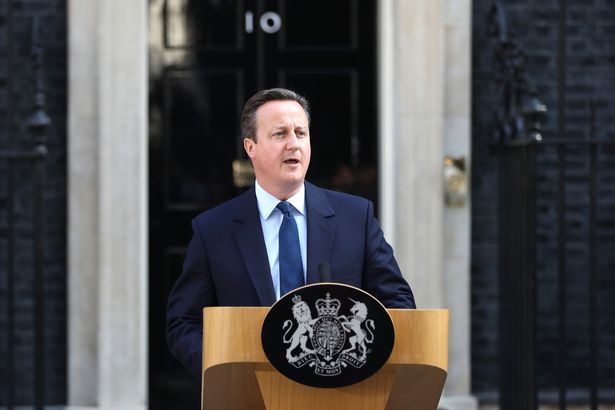 David Cameron has announced he is quitting as Prime Minister in an extraordinary statement just hours after Britain voted for Brexit .

The Tory leader delivered today's historic announcement on the steps of Downing Street with his wife Samantha after his campaign to keep Britain in the EU failed, with Tory shires and Labour heartlands propelling Brexit to a shock 52-48 victory.

In an emotional statement on his commitment to social reform including gay marriage, he said he would stay on for three months for stability and give way to a new leader before October's Conservative Party Conference. He said:

"I fought this campaign in the only way I know how, which is to say directly and passionately what I think and feel, head heart and soul. 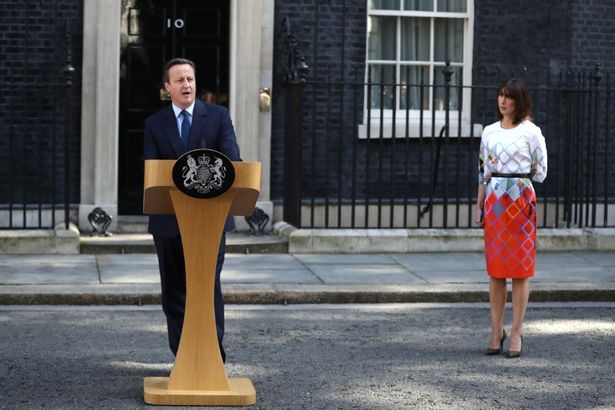 "I held nothing back. I was absolutely clear about my belief that Britain is stronger, safer and better off inside the European Union.

"And I made clear the referendum was about this and this alone, not the future of any single politician including myself.

"But the British people have made a very clear decision to take a different path.

"And as such I think the country requires fresh leadership to take it in this direction.

"I will do everything I can as Prime Minister to steady the ship over the coming weeks and months.

"But I do not think it would be right for me to try to be the captain that steers our country to its next destination.

"This is not a decision I've taken lightly but I've taken it in the national interest to have a period of stability and the new leadership required.

"There is no need to have a precise timetable today but in my view we should have a new Prime Minister in place by the start of the Conservative Party conference in October.

"To bring stability is important and I will continue in post as Prime Minister with my cabinet for three months."

Posted by Lawrencia at 10:12 am
Email ThisBlogThis!Share to TwitterShare to FacebookShare to Pinterest
Labels: InternationalNews