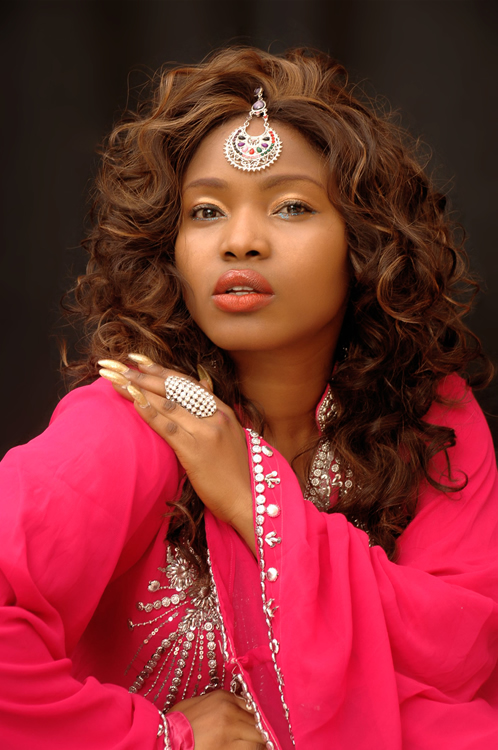 In a recent interview with Encomium magazine, Nollywood actress said she is not interested in getting married now because marriage is overrated. Read interview below...

Recently, there was a post that you said you’re not interested in marriage any longer. Why did you concluded on that?

Yes, because marriage has been overrated. It’s unnecessarily over rated. It’s just too much of headache with how things are now. Even ordinary relationship is a huge burden, huge headache and heartbreaking, let alone marriage. When you can’t stand each other as boyfriend and girlfriend, how would you live together under the same roof when you get married?

People need to know themselves seriously. When I say seriously, I mean spiritually before getting married. People only know themselves physically, not spiritually, so they end up getting bored with each other. And they will say they don’t want to get divorce because of what society would say after investing so much on the marriage.

They stay in that marriage and later it may become very irritating and they start fighting. Before they know it, everything becomes violent. You hear people say all sorts of things. You’re the one who allowed people to get to you and start telling you you’re getting old. You’re the one allowing them to convince you that you’re getting old, you need to get married. Everyone will surely get old. Who won’t get old? So, when people say I am getting old, get married, I would tell them that’s the only thing they know. People carry marriage like a flag.

That means it’s the way people put it that makes it irritating to you?

Yes, it’s very irritating. When you’re not my father nor my mother and you’re more concerned than them. So people should face their problems. They also have a lot of problems in their lives. Why are they poke nosing into my life and trying to make me take a drastic decision I may regret tomorrow. So you know if you push me to get married and I end up probably not loving my husband the way I am meant to love him.

I’m not saying Nigerians are the cause but who is the fault? Everybody would be like “I don’t know why they cannot keep marriage as if they as individuals have kept their marriages. Marriage these days is like a glass that needs to be threaded with care and a lot of attention. It’s like a school, you need to study very well. My parents have been married for about 39 years. So when people say things they don’t know about me, I just look at them and laugh. I really don’t need to say anything. Out of the fact that I am fighting and creating awareness for domestic violence and some other things add up either frustration or anger or pity for the woman who is late, some people come on my page and start insulting me because of my personal decision or choice. I don’t know how it affects anyone.

Does that mean Halima is really not going to get married?

No, people should only try to be nice about marriage to make me interested in it. Don’t tell me actresses don’t stay in marriage. Olu Jacobs and Joke Silva have been married for long and they’re still in the marriage. nothing happened to their union.
Omotola and her husband have been married for long, they’re still very much together. She got married at a young age which is good. What I am trying to say is that going into marriage needs a lot, you don’t just go into it. My elder sister got married at 26 and she’s doing fine in the marriage with her husband.
Now, tell me why won’t I want a family like that? But these days, people are just too much into social media, that’s why marriages are crashing. Marriage these days is not based on happiness and genuine love. Let me ask, who is that poor person that has married a billionaire son? So, why won’t marriage crash when it’s not based on happiness and genuine love?

But does it mean there is no man in your life at the moment?

At this time of my life, I am no longer interested in talking about anything. If there is or there’s none, that’s my problem. It’s nobody’s business. I have done that in the past. I have invested a lot emotionally, talking about my relationship.

So, I am no longer interested in talking about my relationship. I am tired of talking. Let’s rest that case. Even on my wedding day, if I decide to marry, eventually, nobody is invited.

Posted by Lawrencia at 6:37 pm
Email ThisBlogThis!Share to TwitterShare to FacebookShare to Pinterest
Labels: Gists