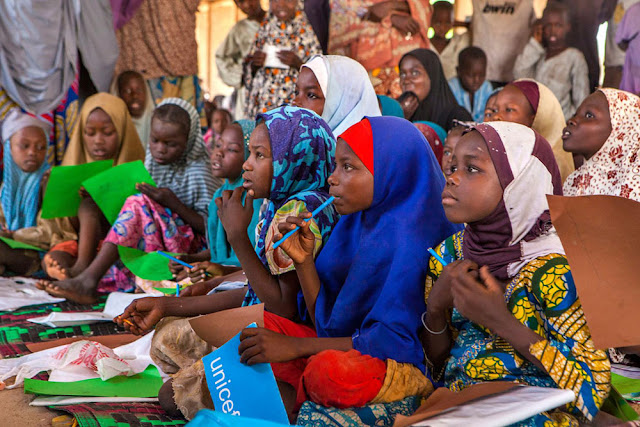 The United Nations on Monday released 13 million dollars from the Central Emergency Response Fund (CERF) to provide life-saving assistance to 250,000 people in the North-east area of Nigeria.

Mr Stephen O’Brien, UN Under-Secretary-General for Humanitarian Affairs and Emergency Relief Coordinator, issued the release. According to the UN, the destruction of crops and looting of livestock have left many people unable to support their families.

``No fewer than 50,000 people need seeds and tools for the upcoming planting season and CERF funding will help them to rebuild their livelihoods.''

O’Brien said that a significant number of women and girls, and also men and boys, have suffered or witnessed terrible abuses. The CERF funds, he said, would enable humanitarian partners to provide critical psychosocial support and protection services.

``People have experienced unspeakable suffering due to the violence perpetrated by Boko Haram.
``We now have better access finally, and a chance to help them.
``The international community must take advantage of this opening to reach people with essential services and build on the CERF allocation to scale up the response,” he said.

The fund, he added, would support the provision of food, cash for food purchase, special child nutritional supplements, protection and health services to the most vulnerable people in the newly accessible areas through disbursements to the Food and Agriculture Organisation.

Others are through the UN Department for Safety and Security, UNFPA, UNHCR, UNICEF and World Food Programme. The UN says the humanitarian Response Plan for Nigeria was revised upwards by 51 million dollars in June.

The UN is also calling for additional 279 million dollars for the humanitarian plan in Nigeria. To date, the UN said that the plan is only 22 per cent funded.

Since 2015, CERF has supported life-saving assistance in response to Boko Haram-related violence with more than 58 million dollars, bringing the total CERF support to more than 70 million dollars.

The UN further added that some 27 million dollars was allocated in March 2015 to assist more than 1.6 million internally displaced people, refugees, returnees and host communities in Cameroon, Chad, Niger and Nigeria.

An additional 31 million dollars was also provided in early 2016 to help 700,000 people in the Lake Chad Basin. CERF is a pooled fund that supports rapid humanitarian response.

Donors preposition funds with CERF so that money is available immediately to kick-start relief operations in new emergencies and to provide live-saving assistance in crises that are underfunded.

The UN said that at mid-year, donors have contributed 248 million dollars to CERF for 2016 and CERF has allocated nearly the same amount, responding to high demand from humanitarian partners.

Posted by Lawrencia at 3:28 pm
Email ThisBlogThis!Share to TwitterShare to FacebookShare to Pinterest
Labels: NationalNews