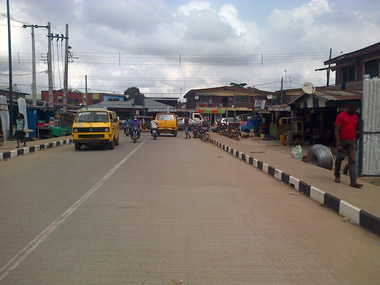 The police in Lagos State have arrested a woman identified simply as Saratu, for allegedly burning the private parts of her seven-year-old nephew, Razak Qudus.

PUNCH Metro learnt that Saratu allegedly burnt the boy’s private parts with a stove after he was accused of stealing N100. The victim, who is a primary four pupil in a private school, lived with the suspect in the Afariogun, Oshodi area of the state.

It was gathered that Saratu’s neighbours reported the matter to a coordinator of the Child Protection Network, Ebenezer Omejalile, living in the area, who in turn reported to the police.

The matter was reported at the Makinde Police Division, Oshodi, and Saratu was arrested.

Speaking with PUNCH Metro, Omejalile said the victim had been taken to a hospital for a checkup while the police had charged the suspect to court.

He said, “The victim is her nephew. The boy attends a private nursery and primary school around Afariogun Junction. He was accused of stealing the money in the school.

“The woman brutalised the boy’s genitals. While we were at the police station, I also informed the Lagos State Domestic and Sexual Violence Response Team, Alausa. I am sure justice will be done in this matter. The boy has been taken into government’s custody.”

A social worker told our correspondent that the Lagos State Office of the Public Defender had also been involved in the case.

She said, “The suspect rubbed pepper on the boy’s genitals and started beating him.

“The boy in the process fell on a burning stove and incurred burns in his private parts. The suspect has been charged to court and remanded in prison.”

Posted by Lawrencia at 7:30 am
Email ThisBlogThis!Share to TwitterShare to FacebookShare to Pinterest
Labels: Crime