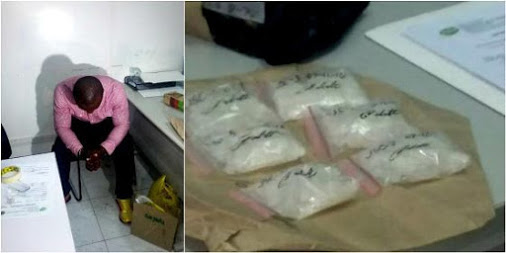 A suspected member of a West African drug syndicate was caught with P1-million worth of shabu (methamphetamine hydrochloride) on Tuesday night and has been detained here since then.

Okoye, a 33-year-old Nigerian who went by the alias Martin, was arrested in a buy-bust operation at a restaurant in Marikina City, PDEA Central Luzon director Emerson Margate said.

Margate said the syndicate has been operating in Metro Manila and Central Luzon provinces.

Okoye used football coaching in the country to “camouflage his illegal activities.” He has been living in the Philippines for two years now.