36-Year-Old Man Arrested for Impregnating His Daughter, Procuring Abortion for Her and Defiling 18-Month-Old Baby in Lagos 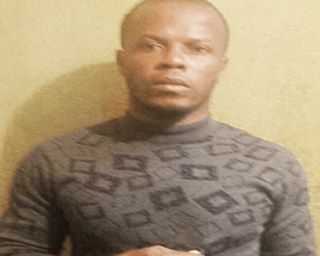 The police in Lagos State have arrested a 36-year-old man, Kennedy Michael for allegedly raping his teenage daughter, Maria and attempting to abort the resulting pregnancy. Michael was arrested alongside his lover, one Ndukwe Ijeoma, for assisting in procuring abortion for her lover’s daughter.

The suspect was also accused of defiling an 18-month-old baby girl belonging to his neighbour, identified only as Uche, by inserting his finger forcefully into the baby’s vagina.

The suspect’s arrest came after Uche, whose child was violated, reported at the Alausa police station, alleging that Michael was fond of molesting children.

According to New Telegraph, Ijeoma discovered something was wrong with her lover’s daughter and complained to him.

They both reportedly suggested to take the 16-year-old girl to the hospital, after which they discovered she was pregnant.

Upon interrogation, Maria revealed her father was responsible for the pregnancy and they (Michael and Ijeoma) both connived to abort the pregnancy.

Unfortunately, Uche got a tip-off on the abortion plans and alerted the police which led to the arrest of the duo.

Ozoani said Michael, who hails from Akwa Ibom State, residing at 5 Kode Street, Mende, Maryland, Lagos State, was alleged to have started sexually violating his daughter since 2014, when she was about 14 years old.

He added that Michael and Maria’s mum separated long ago; afterwards, Michael brought Maria to Lagos, to live with him.

The DPPRO, however, stated that they will be charged to court on completion of investigation.