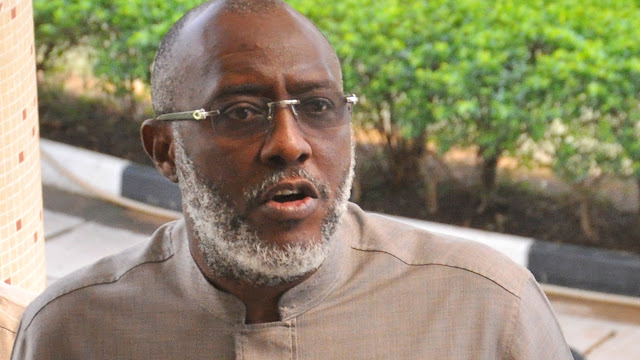 Metuh said his offer should be seen as a sign of support for President Muhammadu Buhari’s anti-corruption war. He said this in a statement issued by his lawyer, Onyechi Ikpeazu.

The former PDP spokesman is facing trial at the Federal High Court, Abuja for allegedly receiving N400 million-from money budgeted for arms purchase for soldiers fighting Boko Haram in the North-East from Dasuki.

He  had said that the money was given to him by former president Goodluck Jonathan for media campaigns ahead of the 2015 presidential election, but yesterday, he said he was willing to return the money as an honest citizen.

“In the light of the circumstances regarding the case of our client, Chief Olisa Metuh with the Economic and Financial Crimes Commission (EFCC), we want to explain the reasons for our client’s proposal to refund the N400 million released to him by former president Goodluck Jonathan, and which was expended on a project approved by the ex-president on national issues relating to his presidency and the federal government at that time,” the statement read.

Posted by Lawrencia at 8:46 am
Email ThisBlogThis!Share to TwitterShare to FacebookShare to Pinterest
Labels: NationalNews