EFCC Quizzes Former Deputy Speaker, Two Other Over N500M Poll Fraud for the Re-Election of the Former President Goodluck Jonathan 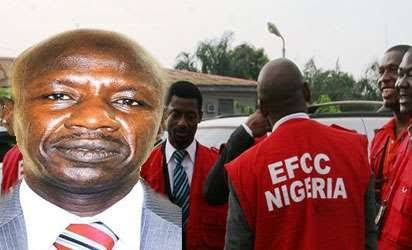 The bribe money was reportedly lavished on PDP stakeholders in all the local government areas of the State by the commissioner for finance, Garba Dahiru, during the administration of Isa Yuguda, the former governor of the State.

They admitted to the operatives of EFCC during interrogation that they signed and collected the said amount from Garba as to deliver PDP in all the local government areas of the State.

Posted by Lawrencia at 10:40 am
Email ThisBlogThis!Share to TwitterShare to FacebookShare to Pinterest
Labels: Crime