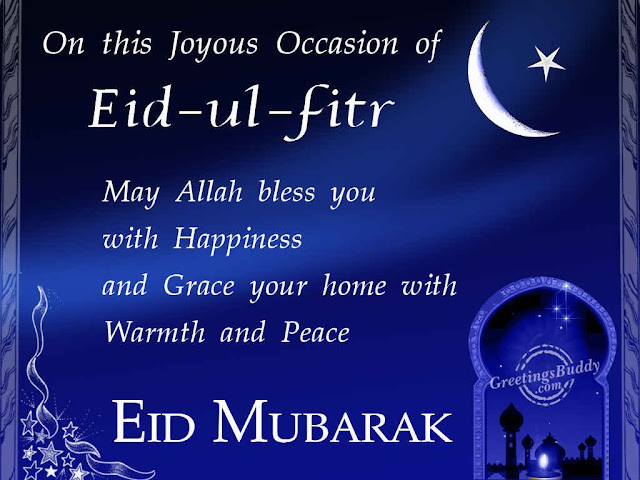 The President of the Senate, Dr Bukola Saraki, has called on Nigerians, especially Muslims, to embrace peace in the spirit of Salah and Ramadan.

In a message to Muslims on the celebration of Eid-el-Fitri, signed by his Special Adviser on Meida, Yusuph Olaniyonu, Saraki urged Muslims to sustain the virtues learnt during the Ramadan in their day-to-day relationship.

He urged all Nigerians to remain steadfast and prayerful in the face of daunting socio-economic challenges. He said that the present challenges were surmountable ``if we all realign our character and deeds in tune with the wishes of Allah".

Saraki said that Nigeria could regain its lost glory if citizens upheld the virtues of good neighbourliness and eschew intolerance, corruption, abuse of power, disregard for due process and disobedience to the laws.

``I urge all Nigerians across religious divide to remain steadfast, prayerful and patriotic.

``The virtues of moderation, piety, regular supplication to Allah and being our brother’s keeper should subsist beyond the Ramadan.

``Beyond this, every Nigerian should seek to contribute to rebuilding the nation with renewed vigour.

``I also urge Boko Haram insurgents and other agents of destabilisation across the country to retrace their steps and give peace a chance in the spirit of the Eid-el-fitri.

``Again, Nigerians who nurse one grudge or the other against the state should seek for legitimate and peaceful means of expressing their grievances,” he said.

Similarly, Saraki’s predecessor, Sen. David Mark, has decried the rampant cases of violent crimes in the country and challenged good Nigerians to remedy the situation.

Mark, in a felicitation with Muslims on Eid-el-Fitri celebration, said in a statement by his Media Assistant, Paul Mumeh, that the spate of crimes was fast destroying the fabrics of our society.

``Violent crimes are fast destroying our national landscape; the situation is alarming. This time calls for patriotism and service to rescue the situation.

``This is no longer an assignment for government alone; all hands must be on deck.

``It is not the case between Cain and Abel where one insists `I am not my brother's keeper’.

``In the battle to safe Nigeria, everyone must be his brother's keeper,” he said.

Mark urged governments at all levels to promote and uphold the sanctity of equity, fairness and justices to all as the peace and unity building process between and among Nigerians.

The greatness of the nation, he stressed, lay in the collective will of the people to promote unity, peace and development and not necessarily in the number.

He implored religious leaders across the divide to continue to espouse the virtues of love, purity and forgiveness which the two major religions in the country preach.

Posted by Lawrencia at 11:48 am
Email ThisBlogThis!Share to TwitterShare to FacebookShare to Pinterest
Labels: NationalNews