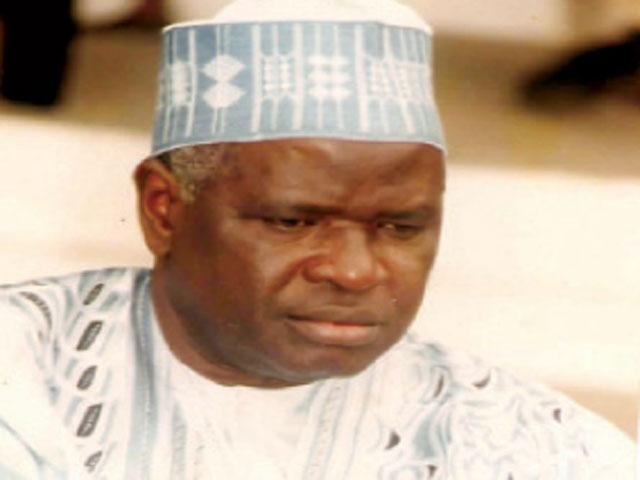 FORMER director-gen­eral of defunct National Security Organisation (now Department of State Security, DSS) Alhaji Umaru Shinkafi is dead. He died yesterday at a London hospital, aged 79. His re­mains will be flown back to Nigeria tomorrow for prayers at Sultan Bello Mosque, Sokoto before his interment in Sokoto.

He was Marafa Sokoto and was also Pro Chan­cellor of the Sokoto State University and vied for president on the platform of the defunct National Republican Convention (NRC) in 1992.

According to a fami­ly member, he fell ill and was admitted at St. Nicholas Hospital, Lagos. When his condition did not improve, he was flown to London.

Shinkafi aspired for the of­fice of president on the platform, but the ticket was later given to Alhaji Bashir Tofa who lost to Bashorun Moshood Abi­ola of the Social Demo­cratic Party (SDP).

President Muhammadu Buhari has commiserated with the government and people of Zamfara State on the passing away of one of their illustrious sons, Alhaji Umaru Shinkafi.

President Buhari describes the departed politician, administrator and technocrat, as an expert whose contributions to the development of the security architecture of Nigeria remains indelible, adding that others carried on where he left off.

The President recalls that the former Federal Commissioner of Internal Affairs and head of the National Security Organisation (NSO), played frontline roles in the activities leading to the eventual return and enthronement of democracy in the country.

He calls on family members, friends and associates of the departed community leader who held the Marafan Sokoto traditional title to take solace in the fact that the late Umaru Shinkafi played the parts assigned to him diligently , conscientiously and patriotically , enjoining them to emulate the good virtues that he left behind.

Femi Adesina
Special Adviser to the President
Media & Publicity
July 6, 2016
Posted by Lawrencia at 5:38 am
Email ThisBlogThis!Share to TwitterShare to FacebookShare to Pinterest
Labels: NationalNews