Is it Acceptable or Fruitful to Have Another Option Aside Your Boyfriend? "Plan B" aka Contingency Plan - Adejoro Olumofin Asks 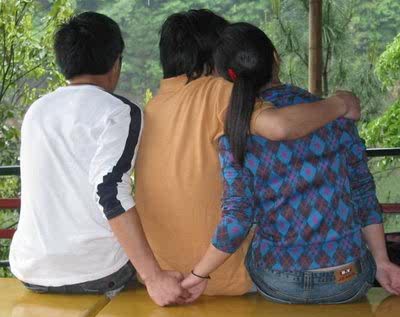 Is it acceptable or fruitful to have another option aside your boyfriend? or girlfriend? Not a SideChick/ mistress but a PLATONIC / Non Sexual friend who you may see as a potential if your current significant other jumps ship or leaves you. Behavioral Contingency in Psychology is the act of an individual to consciously or unconsciously prepare themselves for failure therefore creating other options.

This article is inspired by a friend's friend who wasn't the best boyfriend to his girlfriend they dated for 3 years and she gave him a long rope of chances despite his callous behavior and infidelity. They broke up and 3 months later she got engaged to a Platonic friend who she had always had around her. Now her former boyfriend is raising hell saying she had been cheating on him too and her wedding won't hold.

Some ladies today go into relationships and cut everybody off both their female and male friends , their morning, afternoon and night revolves round their man. They stop or totally reduce simple things like drinks, movies or clubbing with friends because they have a man or of their man isn't coming they aren't going. My question is ; is it safe to live a 100% devoted life to your man without any male friends when he hasn't fully committed to you?

The lady referred to in this article got a positive result because she had a contingency plan ; but this may not always work because having a Platonic plan B may divert your attention, lead to infidelity and create a void in your relationship. In my Opinion; although a plan B or contingency gives you a relationship insurance which makes a sudden breakup less lethal or detrimental because some people after long relationships don't find people to date or are even no longer interested in dating I.e emotionally scared.

There should be no need for a plan B because it diverts your attention from your primary objective and creates less commitment or devotion. Going into a relationship with a Spare tyre mindset brings extraneous variables and may must times lead to SideChicks/SideGuys. Do what works for you in your own situation and environment..

Posted by Lawrencia at 9:55 am
Email ThisBlogThis!Share to TwitterShare to FacebookShare to Pinterest
Labels: Gists