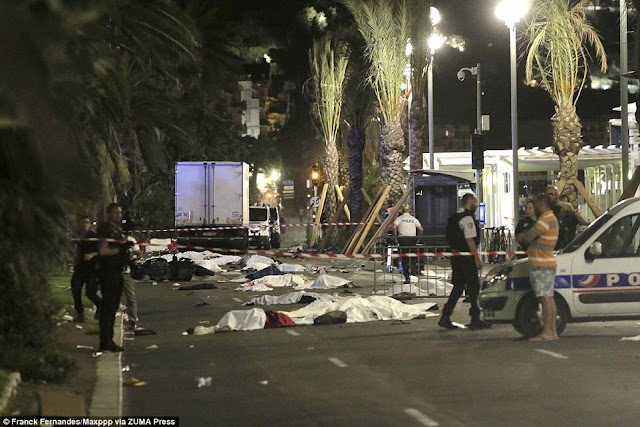 A terrorist gunman has killed 84 people and seriously injured 50 more after he used a 25-tonne lorry to go on a mile-long killing spree by mounting pavements at high speed and ploughing through crowds celebrating Bastille Day in Nice last night.

The killer, a 31-year-old French Tunisian who was known to police, then got out and sprayed fleeing revellers with bullets before being shot dead by police.

The truck driver was said to have shouted 'Allahu Akbar' – God is greatest – before being killed. Pro-ISIS groups have been celebrating the attack, orchestrated to coincide with France's most important national holiday.

One eyewitness described seeing 'bodies flying like bowling pins' and others 'jammed' under its wheels as the horror unfolded. 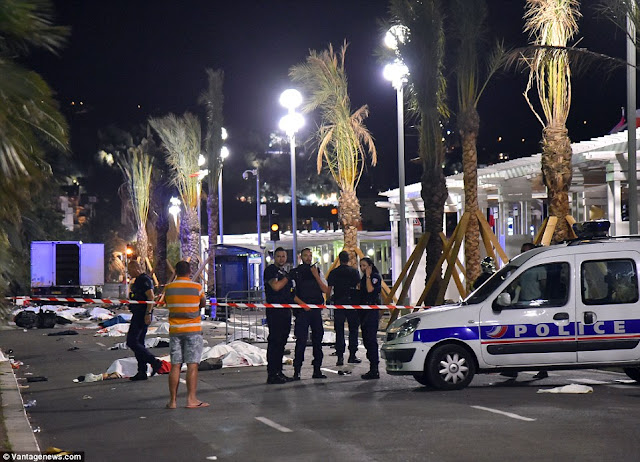 Identity documents belonging to the gunman, more guns and grenades were later found in the bullet-riddled truck after the gunman at the wheel was shot dead by police marksmen, security sources said.

The gunman is believed to be from Nice and was known to police for crimes of theft and violence, but not intelligence services, a police source said. A suspected accomplice is on the run. 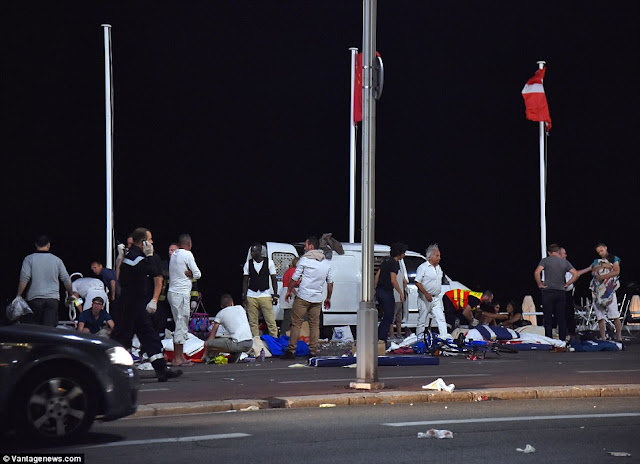 French President Francois Hollande today pledged to 'hit' ISIS in Syria and Iraq 'even harder' after the devastating attack, saying: 'France is in tears, it is hurting but it is strong and she will be stronger - always stronger than the fanatics who wish to hurt us.' 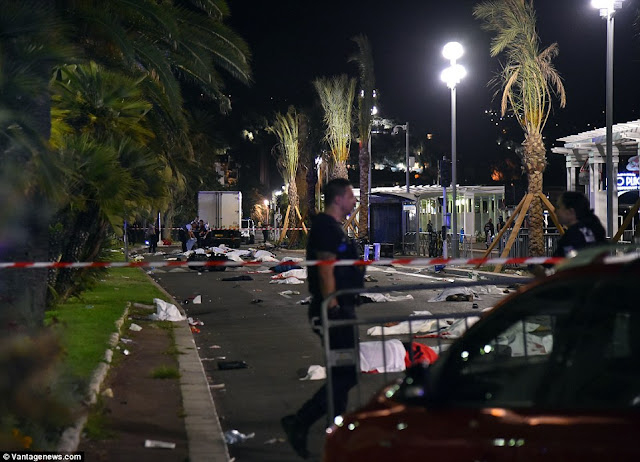 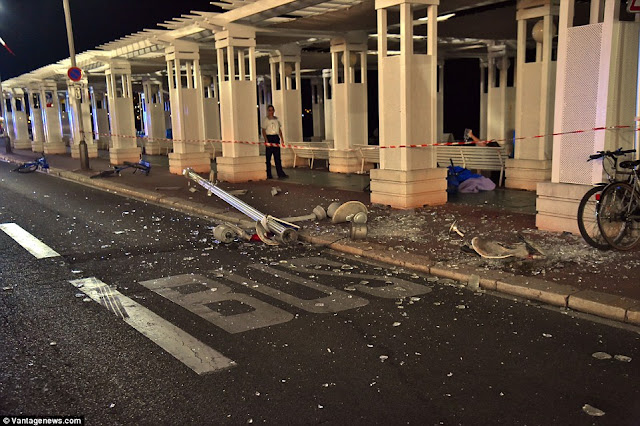 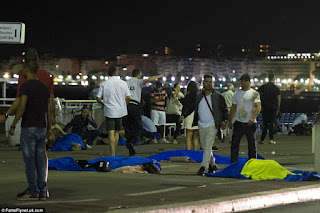 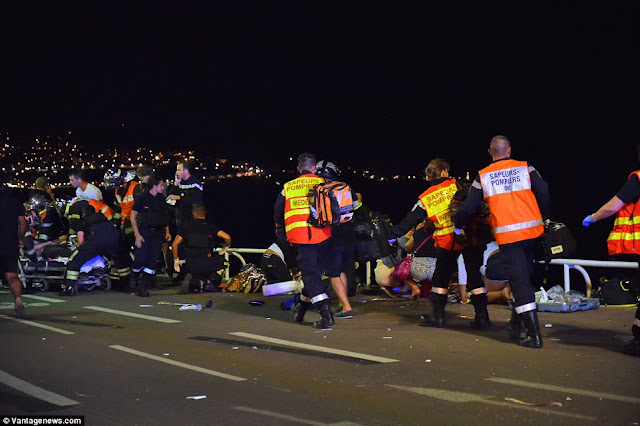 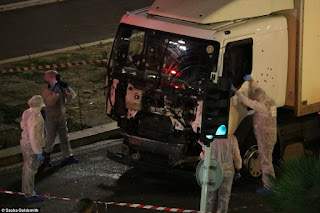 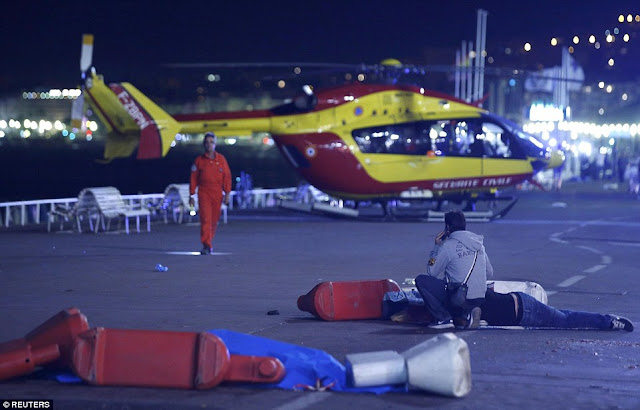 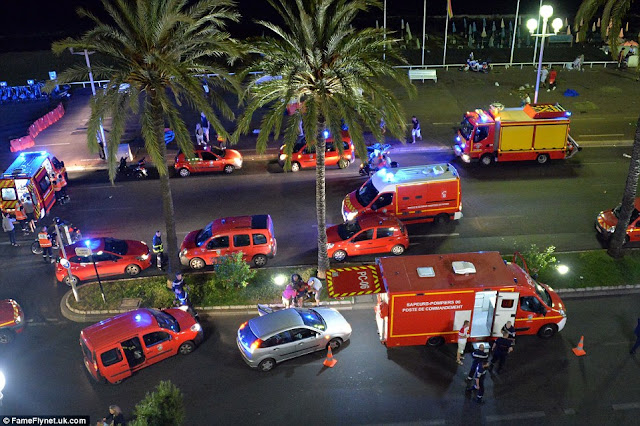 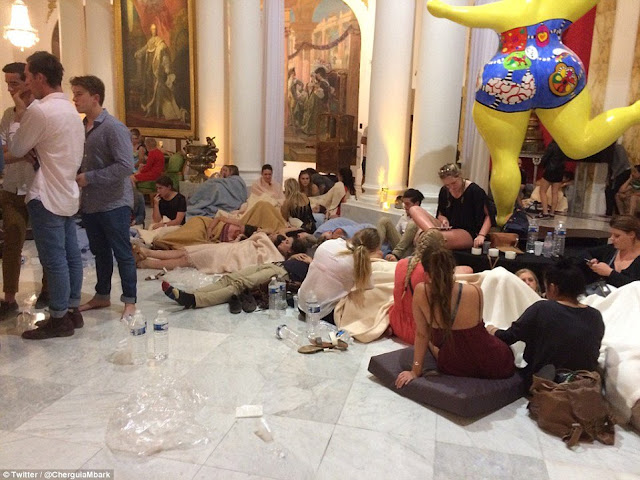 Posted by Lawrencia at 8:50 am
Email ThisBlogThis!Share to TwitterShare to FacebookShare to Pinterest
Labels: InternationalNews