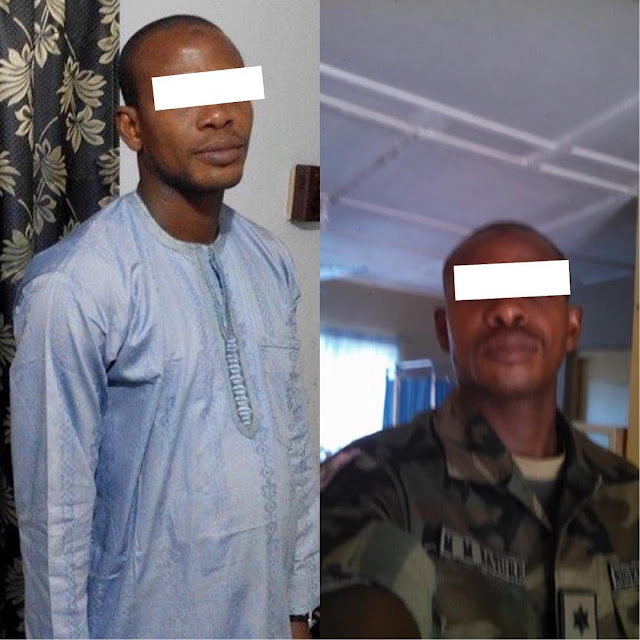 A Nigerian Army court-martial on Wednesday dismissed a Regimental Medical Doctor after he was found guilty of having sex with his fellow officer’s wife, military officials have told PREMIUM TIMES.

The court slammed a two-count charge of illicit sexual relationship and unprofessional conduct on Lieutenant Musa Mustapha Bature, and accused him of taking advantage of a colleague’s wife who was supposed to be his patient. The court-martial sat at the Adekunle Fajuyi Cantonment of the 2 Division, Ojo, Ibadan in Oyo State.

The 38-year old officer, whose fate would be finally decided by a military council, which statutorily ratifies such sentences, reportedly confessed to the crime, and pleaded with military authorities to give him corrective punishment rather than a terminal one.

Sources familiar with the trial said the accused, a native of Kebbi State, had a notorious history of sexual indiscipline in his four years of service. His conduct was recently brought to the attention of the army authority.

According to revelations made during the court-martial, the officer’s last sexual escapade involved the wife of a fellow officer whom he took advantage of when she visited his clinic for consultation on a gynaecological case.

Officials said after seeing the newly-married woman from Yobe State, whose identity they asked should be protected, the doctor insisted on conducting a more detailed examination of her.
Our sources say the young doctor disregarded prescribed medical ethics requiring that such examination be carried out in the presence of a chaperon.

The officer’s wife served as one of the prosecution witnesses in the case. In her testimony, according to details obtained by PREMIUM TIMES, the woman gave a detailed account of how the doctor sexually stimulated her before they had sex in the man’s office.

She told the court that the doctor later invited her in the evening of the same day to his house so she could pick an ointment he earlier prescribed for her treatment. There, they engaged in another round of intercourse, she narrated.

The young woman said she reported to the barrack’s chaplain after becoming crushed by the weight of her guilt.

The doctor’s offence, namely indecent professional misconduct and having sex with a fellow soldier’s wife, contravene Sections 79  and 93 of the  Armed Forces Act CAP A20, Laws of the Federation of Nigeria, 2004. The law prescribes jail term and dismissal from service with dishonour.

Delivering his judgement, the President of the Court Martial, Brigadier General Raji, who is also the Commander of 52 Division Signals, said the court opted for a lesser sentence of dismissing the doctor because the convict was a young officer who got commissioned into the Nigeria Army only in 2012.

He said in his sentence: “Given the level of treachery and the betrayal of trust you displayed by having sexual relation with your colleague’s wife, the court is tempted to award you a maximum sentence of five years in prison. The Court has however looked that you were only commissioned to the Nigerian Army in 2012, you may therefore not be well grounded in the traditions of the Nigerian Army. Ignorance, however, does not excuse your despicable behaviour. So therefore, the court sentences you as follows:-

“On Count 1, dismissal with disgrace and dishonour. On Count 2, dismissal from the armed forces.
“Note that these sentences are subject to confirmation by the Army Council and the sentences are to run concurrently.”

Posted by Lawrencia at 12:43 pm
Email ThisBlogThis!Share to TwitterShare to FacebookShare to Pinterest
Labels: NationalNews