Photos: Turkish Soldiers Surrender After Overnight Military Coup FAILS, Ending with 250 Dead as President Erdogan Vows to Make Them Pay for Their Treason

More than 2,800 rebels have been detained after their failed military coup that killed at least 250 and wounded more than 1,500 as Turkish President Recep Tayyip Erdogan vowed revenge for the bloody uprising.

The five hours of chaos began when two busloads of soldiers burst into the headquarters of the state-run TRT news agency, taking news off the air and replacing it with a stream of weather forecasts.

After launching the coup, the Turkish military imposed a curfew on civilians telling them to stay in their homes, but Erdogan called on supporters to ignore the order and take to the streets, which is thought to have caused the army to relinquish control. 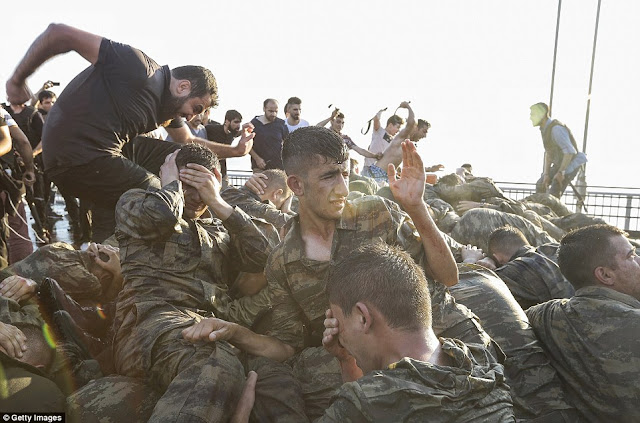 Erdogan made his triumphant return back to Istanbul after his forces quelled the coup on Friday evening, as he warned that the members of the military behind the plot to oust him would pay a 'heavy price for their treason'.

Some 104 plotters were killed after a coup attempt to bring down the Turkish government, while 160 people - at least 41 of them police and 47 civilians - fell as 'martyrs'.

The Greek police ministry said a Turkish military helicopter landed in Greece this morning and eight men on board, thought to be senior coup plotters, have requested political asylum. Turkey has asked for the men to be extradited back to the country. 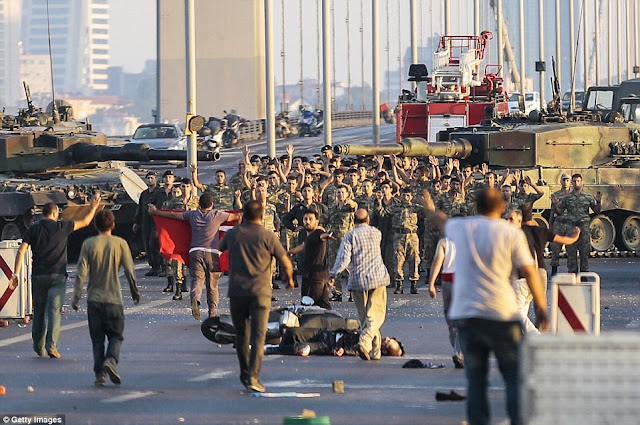 The rebel army faction - who call themselves the 'Peace Council' - said they were trying to overthrow the government to 'protect human rights' and restore democracy from Erdogan's Justice and Development Party, AKP, which has repeatedly faced criticism from human rights groups and Western allies over its brutal crackdowns on anti-government protesters. 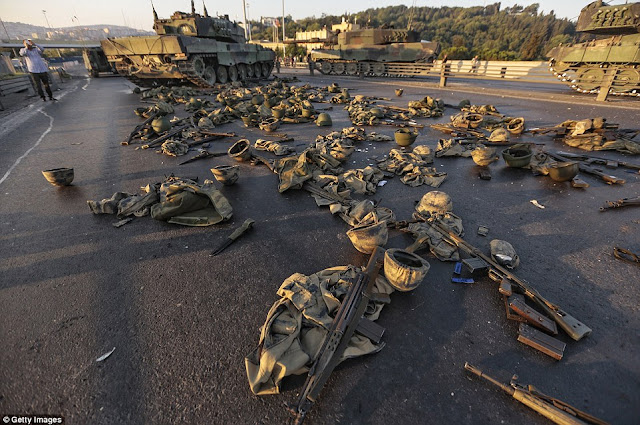 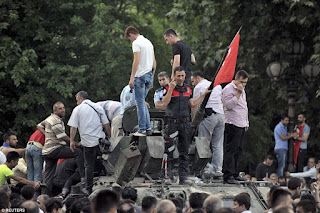 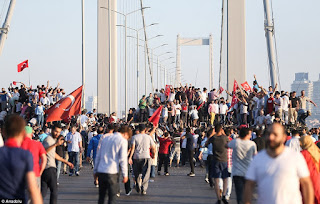 Posted by Lawrencia at 12:53 pm
Email ThisBlogThis!Share to TwitterShare to FacebookShare to Pinterest
Labels: InternationalNews