The Quick Reaction Force (QRF) of 251 Battalion, 7 Div Gar on routine checks arrested a truck loaded with 25 jerry cans of Premium Motor Spirit (PMS) and other goods cleverly covered and concealed at Molai check point, outskirts of Maiduguri at about 8.00am today Tuesday.

The driver of the vehicle, Muhammadu Adamu, claimed ignorance of the contents of the vehicle and called the owner of the goods, Tijjani Gambo to explain. He too denied supplying terrorists fuel and other items, rather he claimed to be a mere trader that supplies goods to customers in Damboa based on demand.

However, preliminary investigation revealed that he has been sending PMS and other goods through the same route at regular intervals without an identifiable corresponding recipient in Damboa as alleged. 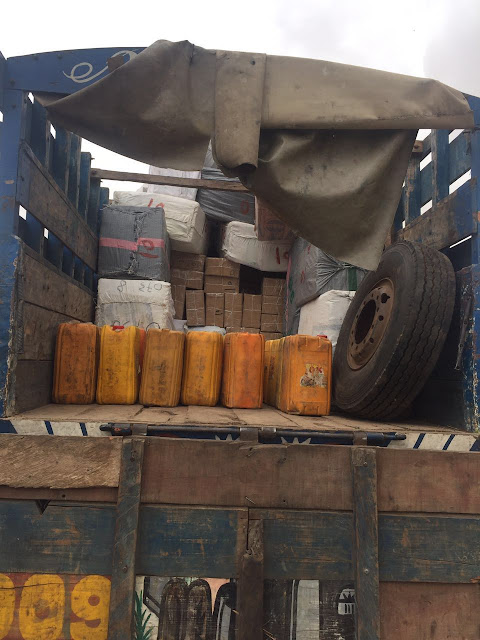 Although investigations are still ongoing, it is suspected that it could be the means through which he had been supplying the terrorists with dire logistics in Sambisa forest.

This is more so that there is a ban on the purchase and transportation of petrol in containers such as that within the theatre.

Both suspects and the exhibits have been handed over to Joint Interrogation Centre for further investigations.

In a related development, a dead body was dropped by an unknown persons and found by Civilian JTF at Ruwan Zafi MM Ali Filling station opposite NNPC Mega Station, along the Mafa-Dikwa road. The deceased whose named was given as Abba Aminu aged between 35-40, was married with 4 children. 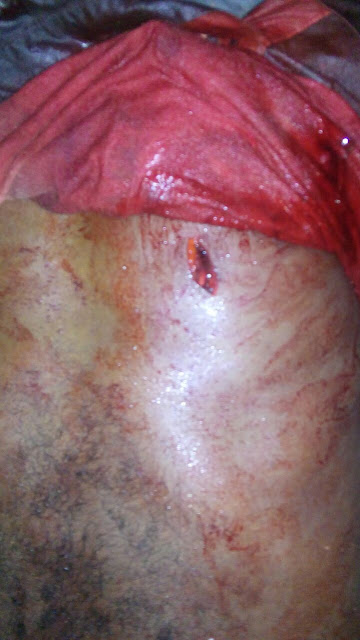 He was stabbed with a knife on his chest by his assailants. The matter was reported to Jere police Station for further investigation, while the body has been evacuated to University of Maiduguri Teaching Hospital mortuary.

Posted by Lawrencia at 10:56 pm
Email ThisBlogThis!Share to TwitterShare to FacebookShare to Pinterest
Labels: NationalNews