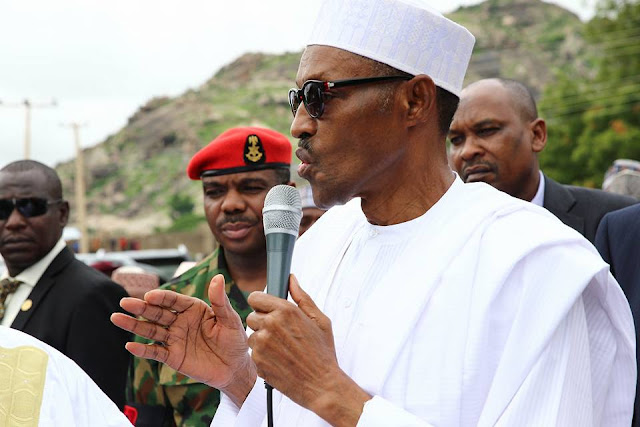 President Muhammadu Buhari has said that security situation has improved in the country since he took over the mantle of leadership. Buhari said the situation would continue to improve under his leadership.

The President stated this on Wednesday in Wanke village in Gusau Local Government Area of Zamfara during a one-day working visit to the state.

He expressed confidence in the ability of the Nigerian security agencies to contain any form of terrorism in any part of the country.

He also said that the Federal Government, through its micro economic and monetary policies of the Central Bank, would soon revitalise the nation's economic sector.

President Buhari said that part of his visit to the state was to encourage the military that were currently in the state for the 2016 Nigerian Army Day celebration.

He said this year’s event aimed partly to root out cattle rustlers and armed bandits in the state as well as in neighbouring states of Kaduna, Kebbi, Katsina and Sokoto.

Earlier, Gov. Abdul’Aziz Yari said the president had rekindled the hopes of Nigerians through his policies and programmes.

``In order to complement the Federal Government’s efforts to address security issues in the state, more access roads have been opened to ease the operations of security agents.

``It is only when the fight against criminals is won that the state’s economy can improve,’’Yari said.

He appealed to the Federal Government to continue to come up with meaningful programmes that would be replicated by the states for the benefit of Nigerians.

Posted by Lawrencia at 6:43 pm
Email ThisBlogThis!Share to TwitterShare to FacebookShare to Pinterest
Labels: NationalNews