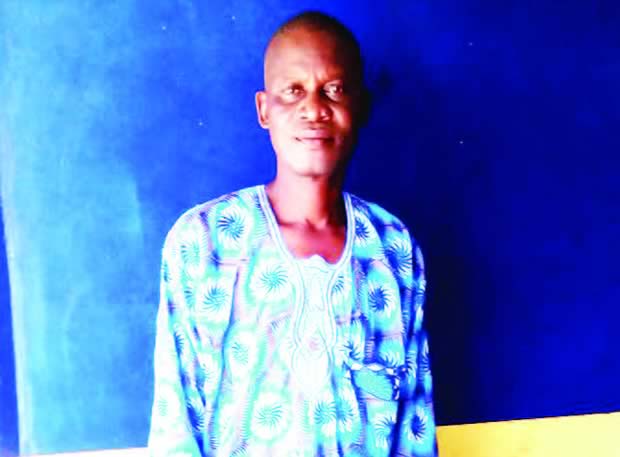 The Lagos State Police Command has arrested a man, Timothy Idowu, for allegedly raping his 15-year-old daughter in the Aradagun, Badagry area of the state.

Our correspondent learnt that the matter got to the attention of the police after the victim, Victoria (pseudonym), packed from her father’s apartment to put up with a family friend in the Ikotun area.

The suspect was said to have travelled for a prayer meeting on the day his daughter fled home. PUNCH Metro learnt that Idowu was arrested on Thursday, June 23, by the Badagry Police Division.

It was learnt that Victoria, who had been kept in government’s custody, was raped while her mother was bedridden.

A social worker, identified only as Ibrahim, who reported the matter to the police, said the victim fled to her aunt in the Ikotun area.

He said, “The victim fled to a relative, who is her aunt in the Ikotun area. The aunt thereafter contacted our organisation. The case got to my attention last week. I reported the case at the police station in Badagry immediately and the man was arrested.

“The victim said she could not bear it anymore as her father had raped her several times in the year. She said anytime the family slept at night, the father would sneak into her room and rape her. He would thereafter warn her not to tell anyone. She claimed the father started from the beginning of the year.”

Speaking with PUNCH Metro, a neighbour, who did not want his name in print, said the victim had also reported to her while fleeing the house.

She said, “The girl came to me on the day she was fleeing home and said her father had been raping her. I thought she was mentally unstable, until the man was arrested some days ago.”

PUNCH Metro learnt that Victoria told the police in her statement that her father deflowered her.

She said, “I am 15 years old. I am in Senior Secondary Class 2. My father deflowered me several months ago, and he had been raping me since then. Whenever he did it, he would clean up the mess and warn me not to tell anybody.”

“Investigation is still ongoing,” she added.

Posted by Lawrencia at 8:32 am
Email ThisBlogThis!Share to TwitterShare to FacebookShare to Pinterest
Labels: Crime