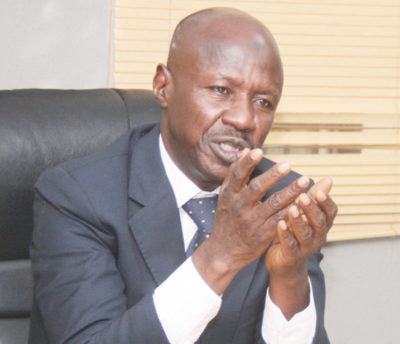 Detectives probing the whereabouts of the $200m (N81.4billion) fines paid by five companies involved in the $180million Halliburton bribery scam have made a major discovery.

The cash was allegedly blown on the purchase of a security helicopter for ex-President Goodluck Jonathan, The Nation learnt yesterday.

A former Minister of Finance is under investigation for releasing the cash to the Office of the National Security Adviser (ONSA), which was then headed by the late Gen. Owoye Azazi.

According to sources, the EFCC spent months to trace the $200million which was allegedly remitted into a CBN account.

A source, who spoke in confidence with our correspondent, said: “We have made substantial progress in locating the remittance of the fines into an account in the Central Bank of Nigeria(CBN) but the cash was withdrawn under the guise of security funding.

”One of the five suspects interrogated by our team indicated that the cash was used to buy a customised security helicopter for ex-President Goodluck Jonathan. The suspect said the helicopter is still  in the presidential fleet.

“But it was not clear if the N81.4billion was spent on the helicopter or part of it. We are trying to find out the cost of the helicopter from the manufacturer.  Preliminary findings confirmed that the helicopter could not have cost up to N1billion to N2billion.”

About $12million(N3.960billion) was  collected as legal fees by five lawyers who the EFCC has questioned. The lawyers are a former President of the Nigerian Bar Association(NBA), J. B. Daudu (SAN);  Damian D. Dodo(SAN); Godwin Obla(SAN); E.C. Ukala(SAN); and Roland Ewubare.

They defended the payment of legal fees as part of the clause in the agreement for the recovery of the $200million. They said it was akin to a similar agreement on Pfizer  drug test scandal in Kano State where lawyers were paid professional fees for their legal services.

Responding to a question, the source added: “So, in essence, about N75billion was allegedly spent on ‘questionable and strange’ security needs by the administration of ex-President Jonathan.

”We also discovered that a former Minister of Finance ordered the release of the fines to ONSA for ‘strange’ security purposes, including the customised helicopter.

The unnamed ex-Minister is to be questioned on the withdrawal of the $200m fines, how it was drawn, whether once or in tranches and the breakdown of what it was used for.

“We will also demand records from ONSA if the cash was actually remitted and the actual cost of the security helicopter,” the source said.

The source, however, claimed that the EFCC investigators might also look at whether or not the fines were commensurate with the offence committed.

They will also examine why Nigeria, the main victim of the $180million Halliburton  scam, got only $200million fines.

“The U.S. government was paid  about $1.5billion fines by Halliburton,  apart from the jailing of  the facilitator of the bribe, a UK lawyer, Mr. Jeffery Tesler.

No Nigerian involved in the scandal has been successfully tried by any court in the country.

Former EFCC Chairman Nuhu Ribadu  in February  2016 addressed a forum in Germany  where he expressed regrets that the Halliburton scandal was frustrated.

He said:  “A gang of foreigners stole from Nigeria”  from a $6 billion natural gas contract won by a consortium of four international companies.

”I first got hint of the case in France. I got back home and tried to investigate the case but it was very difficult or probably impossible because the companies were not there in Nigeria. They didn’t have account there, the people were not there. They had left.

“I rushed back to Paris. I was in Paris many times. I put in a request letter but after a year of trying to get French authorities to help us, the investigation magistrate told me that they could not get anyone to translate my letter from English to French. I knew it was a hopeless case.”

Ribadu said  after failing to get France, Italy and Japan to help, he opted to go to the United States even though Dick Cheney, the then US vice president, was on the board of Halliburton.

“The Department of Justice in the United States took up the case. They investigated and prosecuted the case. They placed a fine of over $1.5 billion on Halliburton.”

One of the counsel who negotiated the payment of the $200million fines, Dodo(SAN) on February 11, 2016 wrote EFCC Acting chairman Ibrahim Magu on the Settlement Agreement.

He insisted that all the five lawyers were transparent in seeing through the agreement.

Dodo said:  “In 2008, the U.S. Department of Justice (DOJ) and the U.S Securities and Exchange Commission (SEC) initiated a coordinated set of criminal and civil actions against multinational companies suspected of violating the U.S Foreign Corrupt Practices ACT (FCPA)

“The basis of the criminal and civil actions lay in illegal payments made to facilitate the award of lucrative contracts outside of the U.S

“The action against Siemens AG and the TSKJ consortium (The Halliburton Parties) had linkages to illegal payments made in Nigeria.”

“Between 2008 and 2010, these companies admitted wrongdoing and paid fines to the U.S Government to settle the changes

“Upon assumption of office as Acting President in 2010, former President Goodluck Jonathan gave instructions for the investigation of the entities involved in the making and receipt of illegal payments based on the request of the US government in particular and the international community in general.

“The then NSA (Gen. Aliyu Gusau) anchored the investigation effort whilst the operational and procedural initiatives were tasked to the office of the Attorney General of the Federation (Mr. Mohammed Bello Adoke, SAN).

“In my own case, I had been appointed since March 2009 by the then Attorney-General, Chief Michael K. Aondoakaa, SAN. Copy of the letter of appointment is attached herewith for ease of reference

“Given the urgency of the effort and the scope of work to be done, an initial question arose as to the mechanics of payment of legal fees to the lawyers instructed to handle these cases

“The then Attorney-General of the Federation (Mr. Mohammed Bello Adoke, SAN) indicated that he had no budget for legal fees for the matters.

“After considerable discussions, it was agreed that the fees and costs of counsel be paid by the accused entities as part of any settlement package.

“Precedent for the above fee structure already existed with instructions given by the previous Attorney-General Chief Bayo Ojo, SAN to the lawyers involved in the prosecution of the Pfizer criminal defendants

“In that instance, the fees of counsel were paid by Pfizer Corporation as part of the settlement with Kano State Government on one hand and the Federal Government on the other.

“Upon agreement of the broad parameters and payment mechanism, the legal team went to work

“The first company to be investigated and threatened with prosecution was Julius Berger who were accused of acting as a conduit for the transmission of an illegal payment of $5m. They settled for $35 million (thirty five million US dollars)

“The Halliburton companies were next. The process was protracted and complicated and it resulted in the filing of charges against former U.S Vice-President Dick Cheney

“In total, over $200m (two hundred million US dollars) was recovered for the FGN from the efforts of the legal team. Some members of the team were conferred with national honours for service to the nation.

“In essence, an amount in excess of the $180m total bribes paid in the Halliburton scandal was recovered by the Legal Team.”

Posted by Lawrencia at 9:51 am
Email ThisBlogThis!Share to TwitterShare to FacebookShare to Pinterest
Labels: NationalNews