"A Journey No One Dared To Make": Outgoing Egyptian Ambassador Travels By Road From Maiduguri To Yobe State - Buhari 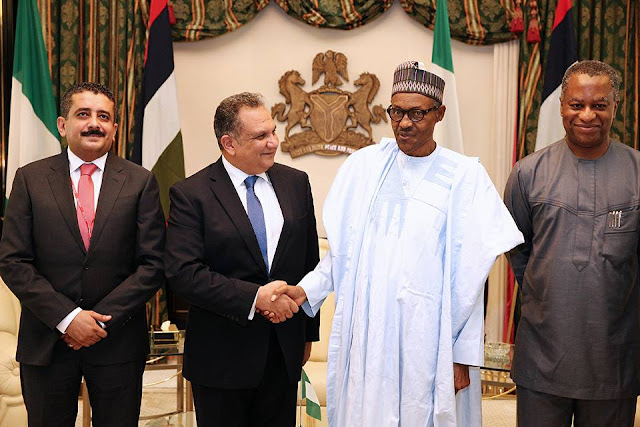 President Muhammadu Buhari Thursday in Abuja said his administration will restore confidence in Internally Displaced Persons (IDPs) by fast-tracking their voluntary return, rehabilitation and reintegration into the society.

Receiving the outgoing Egyptian Ambassador to Nigeria, Mr Asharaf Abdelkader Salama at State House, President Buhari commended Egypt for identifying with challenges confronting the country, especially the plight of IDPs, which has remained a topmost priority for the Nigerian Government.

"We will work to restore their confidence, and also work on infrastructure, so that they can quickly resettle," President Buhari said.

The President noted that the bond of friendship between Nigeria and Egypt was very strong as demonstrated in their growing cooperation on regional and international issues.

In his remarks, Mr. Salama, who spent four years in Nigeria, said he was the first foreign diplomat to travel by road from Maiduguri to Yobe State, North Eastern Nigeria, last month.

He told the President he was proud to have made the journey through an area once considered a stronghold of Boko Haram terrorists, following the successes recorded by the Nigerian military fighting insurgents in the region.

He described the people of Nigeria as "friendly and generous," saying he hoped to be back in the country again.

During the audience with Ambassador Oubi Bachir of SADR, President Buhari reiterated Nigeria’s support for Sahrawi people’s self-determination and independence.

Ambassador Bachir’s duty tour to Nigeria spanned eight years during which he served as the Dean of the Diplomatic Corps.

On Tanzania, President Buhari told the High Commissioner Daniel Ole Njoolay, that the east African country was fortunate to have a leader who cared so much for the less privileged in the society.

The President said Tanzania was blessed with good land and gas, which could be used for the good people of the country.

Posted by Lawrencia at 9:45 am
Email ThisBlogThis!Share to TwitterShare to FacebookShare to Pinterest
Labels: NationalNews