Beware Of People Who Like To List The Number Of People They Have Dated, And Avoid Relationship Biographers - Ali Baba 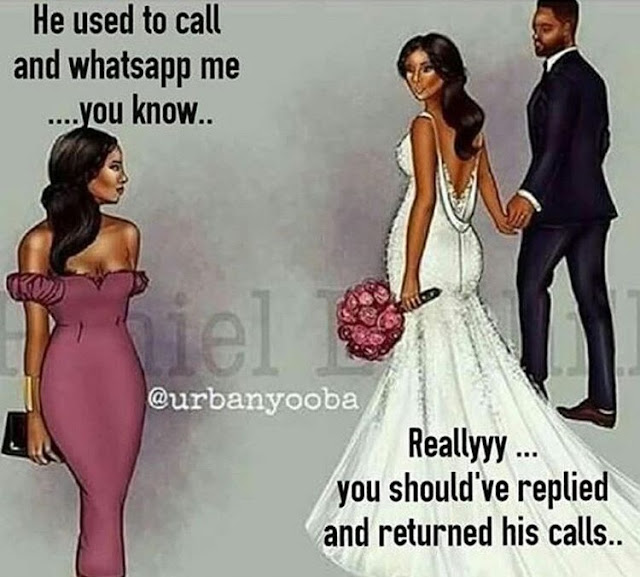 Learn to let go!!!!!! If it did not work for you, all that "he used to"... "She used to"... "We were supposed to" is not necessary. Move on. I often don't get ladies who try to discourage another lady from dating a guy because "he toasted me and I said no". Hold up! Is it your toasting? This is another person. You have said no. Keep that NO to yourself.

Even if you dated the lady and you parted ways, if she is moving on and your guy is part of the movement, keep your past to yourself. One time, with one of my Egbons, a guy asked him if he ever dated one lady who was now married to a big politician, my Egbon denied it. After the guy left, I looked at him and reminded him that I knew he did. He said, "Yes, and so? It's none of his business. I dated her. It did not work. She is now with another person. Case closed!"

Beware of people who like to list the number of people they have dated. They should be avoided. Another set of people are those who are relationship biographers. "Shebi she is the lady that used to date Lagbaja" "Isn't that Bimbo'S ex?" "I used to date him"... Some people also believe that if a guy talked to them before and they said no, he should not date anyone near them again! I know a lady who dated her friend's ex and eventually married him. The friend knew it didn't work with her, so there was no need to block a friend who has the good vibes she did not have.

Reminds me of that Solomon ruling and the 2 mothers. One said let's cut the child into 2 because hers was dead. LET IT GO. MOVE ON.

Posted by Unknown at 1:15 pm
Email ThisBlogThis!Share to TwitterShare to FacebookShare to Pinterest
Labels: Gists