Bride Disrupts Her Own Wedding, Threatens To Stab Groom For Not Serving Her Village People Enough Foods And Drinks 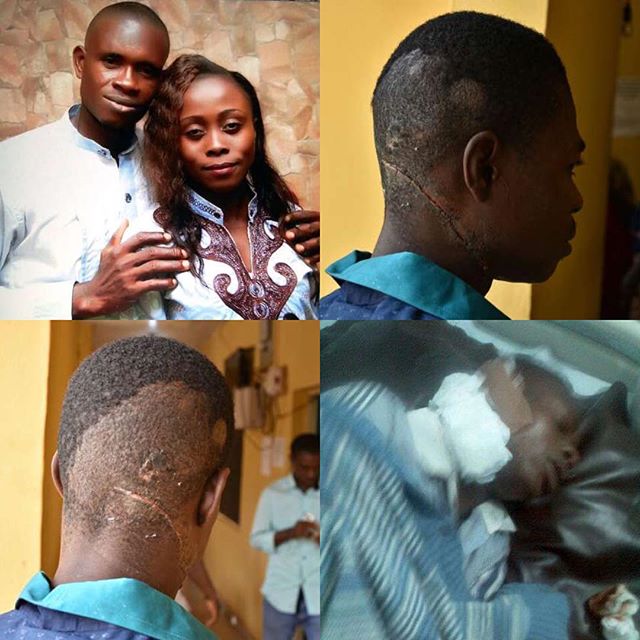 Pandemonium broke out on the 26th of June 2016, during the wedding of Nkechi Ofor and her husband Emeka Ofor at the premises of the Umuahia North Local Government Headquarters, Abia State.

A minor disagreement between families and friends of the couple ensued when the bride alleged that her village people were not been served enough foods and drinks despite the fact that she contributed the lion share of the wedding expenses.

As the man in charge of drinks was trying to give explanations and at the same time urging the raging bride to keep it cool, it led to a hot argument between them and  Nkechi the bride, fully dressed in her wedding atire, picked up bottles and started throwing them at the man.

The noisy scenario attracted the groom, Emeka, who stormed out of the reception to calm his wife but Nkechi, the groom was reported to have threatened to stab her newly wedded husband and stab herself if she is not allowed to have her way.

The groom’s family allegedly stormed the scene angrily throwing bottles and chairs leading to a free for all fight between the two families. 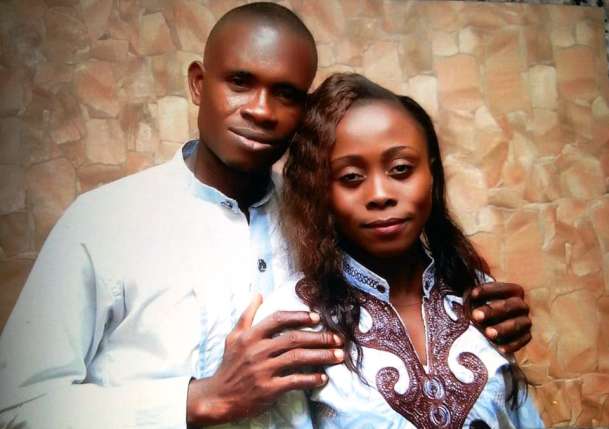 It was during the melee, that one Chisom Ofor, said to be a younger brother of the groom mistook a guest, Chinwendu Ibiam, for a junior brother of the bride and allegedly stabbed him  at the back of the neck. The victim was reported to have fainted immediately.

According to Uche Ibiam, an elder brother of the victim, “he and his junior brother were invited for the wedding by the bride because the bride is their neighbour at their shop.

He narrated that he “was inside the hall when he started hearing someone shouting stab him, stab him” and that as he made his way  to see what was happening, he claimed to have seen Chisom, the groom’s younger brother, stabbing his own brother on the neck and in the process, the victim fainted. Chisom and the rest of the people, alleged, ran away from the scene. 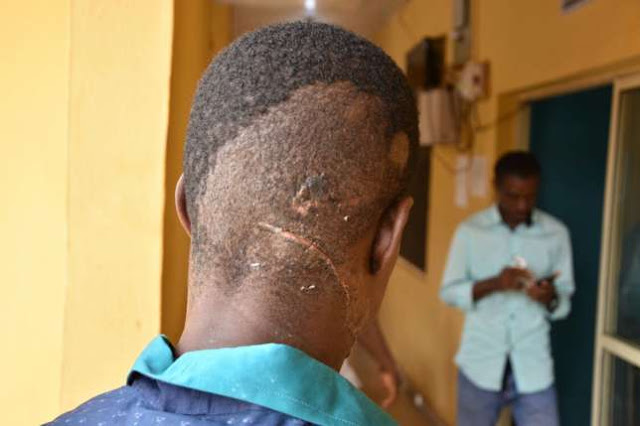 Uche said he quickly rushed his bloodied brother to a the police hospital on Bende Road, Umuahia and the matter was reported at the Central Police Station Umuahia. Nkechi, the bride was invited by the police to rendered an account of what led to the chaos that engulfed her wedding reception, but she refused to show up.

Three days later, Nkechi was said to have made a sudden appearance at the hospital where the victim was undergoing treatment and she allegedly promised to pay for the victims medical expenses. Since then, she never showed up or fulfill her pledge to take responsibilities for the hospital bills.

The neglect and nonchalant attitude of the couple to the plight of the victim prompted a legal practitioner, Barr. Anthony Onyenowu of Victory Chambers, Umuahia, to send a petition to the Commissioner of Police, Abia State,  and thereafter the matter was transfered to the State CID Umuahia, for proper investigation. 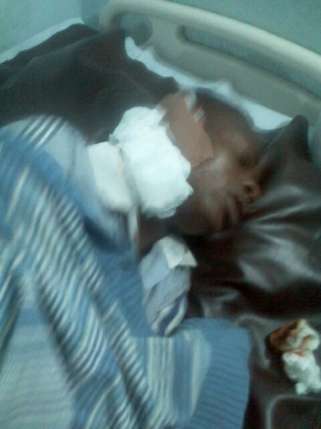 Men of the state police command, on 3rd August 2016, were at Ajata Ibeku, the hometown of Ofor’s to effect the arrest of Chisom, who allegedly stabbed Chinwendu. Chisom was said to have stripped himself naked and almost escaped before the police caught up with him.

In the process, youths in the village, wielding cutlasses and other dangerous weapons allegedly waylaid the police team and rescued Chisom after inflicting injuries on the policemen. Since then, Chisom Offor walks a freeman boasting of his invincibility even from law enforcement agents.

Efforts to get the bride, Mrs. Nkechi Ofor’s side of the story was impossible as her phone number 07064979345 remained switched off for days.

Posted by Lawrencia at 12:59 pm
Email ThisBlogThis!Share to TwitterShare to FacebookShare to Pinterest
Labels: NijaDrama