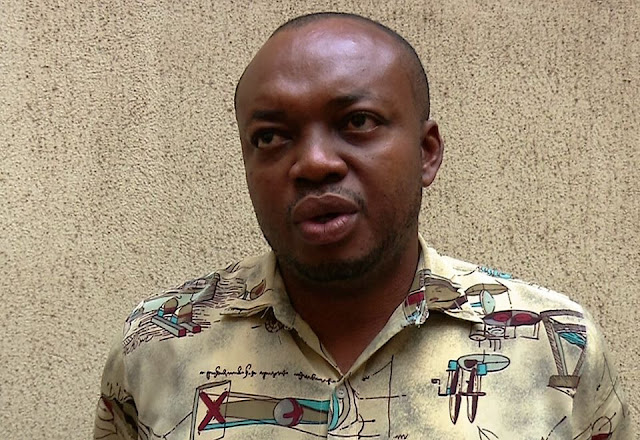 The EFCC, has arrested one Chike Nnaemeka, alias Dr. Justified Isioma Nnaemeka Emerald, for conspiracy and obtaining money under false pretence to the tune of about N6.7million.

Nnaemeka, who claimed to be a gynaecologist, allegedly collected the sum of money, under different requests, from his victim, Ani Nkechi Joy, an employee of the Federal Road Safety Commission, FRSC, after she was introduced to him by one of her classmates at the Federal Polytechnic, Oko, Anambra State.

Following their meeting, the suspect, who also claimed to be an orphan and a lone Prince of Ihekpe Kingdom in Ogwuashi-Uku, Delta State, was joined in a traditional wedding with the victim on June 6, 2015. In her petition, the complainant said:

‘‘During the wedding preparation, Justified brought up so many stories bordering on cultural issues that I or anyone from my family is not supposed to visit his home town until after my marriage. He also said that the tradition of his place as a lone Prince demands that I sponsor every financial aspect of the traditional marriage, but that he would refund me to the last one Naira I spent.”

However, the complainant became ensnared in the suspect’s web of lies when he claimed to have properties that both Zenith Bank Plc and Diamond Bank Plc were purportedly interested in.

The suspect was said to have shown the complainant some documents to the properties, while also requesting her to provide some money to enable him complete the process.

Unsuspectingly, the complainant allegedly transferred some amounts of money to the suspect, after being assured that he would refund her.

But on December 23, 2015, the suspect allegedly left the house on the pretence that he was going to sign the agreement papers with the respective bank to finalise the transaction.

He, however, did not return home until December 29, 2015. According to the complainant, the suspect allegedly claimed that the lawyer to the bank had died and that his lawyer would not allow anyone else to sign the papers, except a legal practitioner.

At this stage, the complainant became suspicious and made frantic efforts to inquire about the suspect’s real identity and what he does for a living from some of his acquaintances.

Also, the complainant alleged that the suspect stole the sum of $3000 belonging to her boss.

When the complainant asked the suspect about the missing money, the suspect allegedly said that the Chief Priest of his village said it was a spirit that stole it.

Meanwhile, investigation has revealed that the suspect, who is married to another woman who had three children for him, also lied that his mother passed on some years back.

The suspect will soon be charged to court, after investigation is concluded.

Posted by Lawrencia at 9:51 pm
Email ThisBlogThis!Share to TwitterShare to FacebookShare to Pinterest
Labels: Crime