Emir Of Kano To Buhari: Your Government May End Up Like Jonathan’s Because You Are Making The Same Mistake Of Not Listening 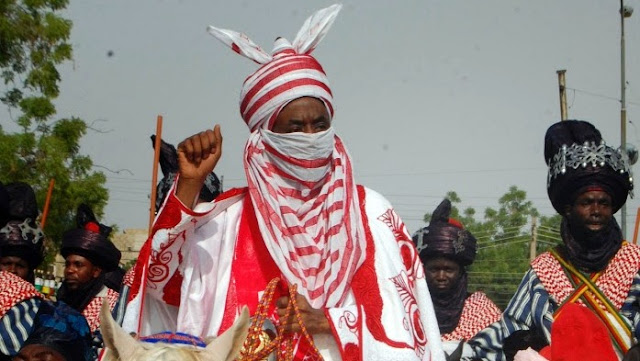 The Emir of Kano, Muhammadu Sanusi, has warned President Muhammadu Buhari to avoid repeating the mistakes made by former President Goodluck Jonathan so his administration does not end up in infamy like that of his predecessor.

The former governor of the Central Bank of Nigeria also warned the government against continuing to blame previous administrations for the nation’s woes, saying what was important was for the administration to concentrate on putting the nation back on the path of progress.

The emir gave the warning on Wednesday while delivering a paper entitled, “Nigeria In Search Of New Growth model” at the 15th meeting of the Joint Planning Board and National Council on Development Planning.

“If this government continues to behave the way the last government behaved, we will end up where Jonathan ended,” the former CBN governor said. “You may not like it but that is the truth. You have to listen.

“You don’t have to be an economist to know that any system that allows you to sit in your garden, and with a telephone call, make one billion naira without investing a kobo, that system is wrong. It is unsustainable.

“And if we fall into the same holes that we fell into the last time where the government is always right… If a policy is wrong, it is wrong. Nothing will make it right and it has to be changed.”

Mr. Sanusi said there were many voodoo economists parading around the administration and advising the government.

“And many of them are not economists,” the Emir said. “They are demagogues.”

“Look, I’m not going to change. I am never going to be political. I will never tell people what they like to hear. There is nothing we are facing today that we did not know will happen. That is the truth. We made mistakes, many of them deliberate. We ignored every single warning.

“If you take a brand new car, and give a driver who doesn’t have a license to drive it and you have an accident, you really can’t say you are surprised unless you are some kind of idiot.”

The Emir said he would like to know those advising the present government so he could talk to the advisers themselves.

Mr. Sanusi blamed past federal administrations for failing to diversify the nation’s economy during the oil boom, saying Mr. Buhari should not make the same mistakes.

He specifically accused Mr. Jonathan of refusing advice given to him on how to turn the economy around.

The traditional ruler expressed concern that the Buhari administration was toeing the same path like the Jonathan government.

“In a situation where we cannot process tomato. Tomato paste is being imported from China. It is sad,” he said.

He said there was urgent need for the country to return to the drawing board on the deepening and expansion of the economy.

“If we do not expand the economy through wise investment, we can end up in classical Malthusian situation,” he said.

Mr. Sanusi restated his support for the removal of subsidy on petroleum products, saying only a few people were reaping from the system to achieve their selfish ends.

Posted by Unknown at 7:56 am
Email ThisBlogThis!Share to TwitterShare to FacebookShare to Pinterest
Labels: NationalNews