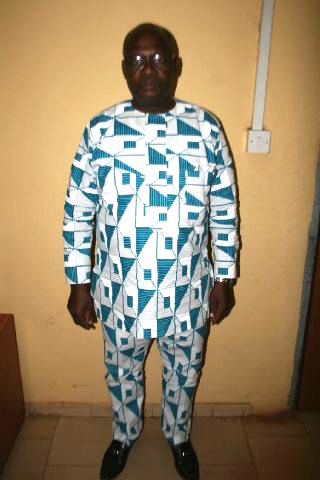 The EFCC on Monday August 15, 2016, arrested a former Commissioner for Public Utilities in Ebonyi State, Engineer Benjamin Ogbonnaya Okah, for alleged abuse of office and collecting gratification to the tune of N83 million.

The arrest was sequel to a petition by the Ebonyi State government over the $12 million contract to a US based company Califco Group that had been abandoned since 2012, despite a mobilization of $10.8 million already paid by Ebonyi State Government into the accounts of the said company. Investigation has revealed that both the Abuja and Ebonyi state addresses of the said company are fictitious.

In the course of investigation, it was discovered that the former Commissioner allegedly collected gratification from the company in the sum of N83 million between July 30, 2012 and December 30, 2014, through his companies: Global Victory Allied Company and Mahco Mega Nigeria Limited. Investigation in this matter continues.

Posted by Unknown at 7:29 pm
Email ThisBlogThis!Share to TwitterShare to FacebookShare to Pinterest
Labels: Crime