My Short Relationship With Genevieve Nnaji Was A Disaster Because I Was Still A Virgin! – Actor Okechukwu Joseph 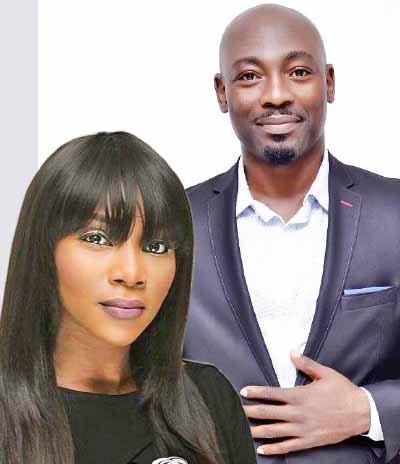 Determined to make a difference, Okechukwu Joseph ventured into the movie industry but after about a decade, the actor believed that he had not made the desired change. and so he travelled to the United States where he enrolled at the New York Film Academy. The result of this is a soon-to-be released movie entitled, Second Chance. In an interview with Christian Agadibe, Joseph talks about his aborted romance with star actress, Genevieve Nnaji among other things.

What is the craziest thing a fan has done to you?

A female fan once brought out her breast in an open place and gave me a marker to sign on it. It was very bizarre. I begged her to let me sign on her chest and she insisted. Trust me I had no choice. I did it! Just made sure my hands were at the upper end of the marker pen.

What is your kind of woman?

Has any one of your female colleagues ever solicited sex from you while in the process of shooting?

Truth is a lot of people didn’t know that all that while that I was shooting movies everywhere I was still a virgin! I didn’t know how to explain this to ladies especially. People thought I had other strange feelings. One of my directors even confronted me at some point wanting to know if I was hiding some ailment. It was on the set of this director that two young women attempted to rape me in my hotel room. I will never forget this. It was Singapore Hotel, Ikeja, where we lodged. The movie was Karishika 2. We had returned from a shoot so I left my door open. They came in, stripped themselves halfway and pounced on me. I fought with them for nearly 25 minutes. They gave up when I threatened to stab them. I lied that I had a knife. That was probably the third time that I had had that kind of experience.

Were they your colleagues?

Of course! They were upcoming artistes. They were also part of that movie. Everybody else was fair game, but I was ‘forming superman’ so I could understand their frustration. And they were a crazy bunch. You don’t come across girls like that every day – whether in Nollywood or elsewhere. It was something else.

Why did you find it difficult to mingle like others?

I had no difficulty mingling. What I had issues with was entangling- copulating. And like I said earlier, I wasn’t ready because I was a virgin and I didn’t want to tell anybody. I was always making excuses about why I couldn’t ‘get down.’ In fact this is one of the reasons my very short relationship with Genevieve was such a disaster. This is the first time I am admitting this publicly. Genny and I met and became friends on the set of Mark of the Beast. Of course in her very early days. It was as though we were in some type of experiment. But I learned a lot about her within that short period. Two unforgettable moments- the day she introduced her little brother to me and the day she told me literally everything about herself. She trusted me that much. My mind was racing like crazy and I kept wondering how so little people knew about this young Amazon who was out to play the Esther for her family and did she? She felt like family to me. Unfortunately, we couldn’t go further because of my funny little ‘virgin’ secret. Not that she solicited or asked for anything but of course, my body language was downright repulsive to that effect and it didn’t take anything for any woman with brains to figure it out. She was so full of pragmatic energy and so on-the-go- like woman on a mission. Never ready to play around with stuff she couldn’t put up with. I hope she’s still that way. She has got an incredible story to her glory.

If you have that kind of opportunity with Genevieve again, would you take things to the next level?

I don’t know what you mean by ‘the next level.’ But I would love to play by my rules book at this moment. However, there is not going to be any such opportunity. The young woman has moved on ever so predictably and I’m the happiest for her.

How do you handle those fans coming to you with crazy demands?

If you can’t grant some one’s crazy demands, it simply means that what you have to offer is incompatible with what they’re looking for. So offer what you have. In other words, deploy your self control parachute as politely and diplomatically as you possibly can. You don’t want to get unnecessarily caught up in an ever blazing fan fury. It hurts sometimes.

Posted by Lawrencia at 10:08 am
Email ThisBlogThis!Share to TwitterShare to FacebookShare to Pinterest
Labels: Gists