Photos: President Buhari Participates At The Opening Session Of The 6th Tokyo International Conference On African Development In Nairobi Kenya 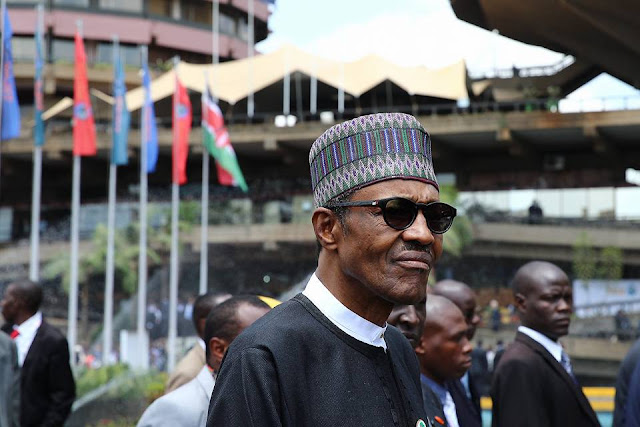 Speaking at the opening of the sixth Tokyo International Conference on African Development (TICAD VI), President Buhari reaffirmed that Boko Haram terrorists have been degraded, even as the reintegration of Internally Displaced Persons (IDPs) in the country receives immediate attention. 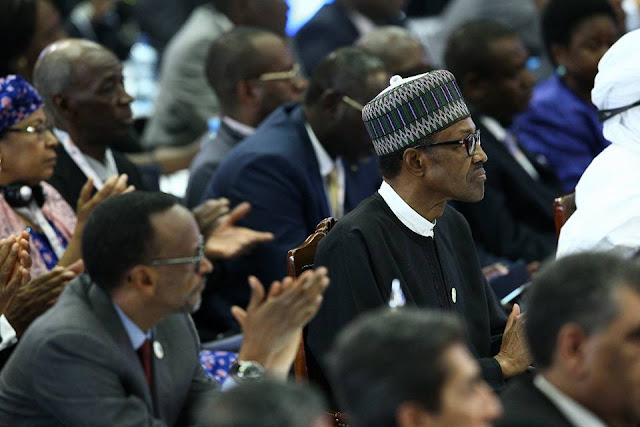 Acknowledging Japanese assistance through UNICEF in the rehabilitation of the victims of Boko Haram, the President commended development partners for their work geared towards improving the lives of some 2 million IDPs in the country.

``The bottom line is that these problems are our primary responsibility. We must tackle them and find lasting solutions for ourselves,’’ he said.

President Buhari told the summit attended by Prime Minister of Japan Shinzo Abe, some 35 African leaders and chief executives of at least 80 major companies from Japan, that international cooperation with Nigeria was central in the decimation of Boko Haram terror group.

''I took over the mantle of leadership in Nigeria when the North-Eastern part of the country was being ravaged by Boko Haram.
''However, soon after assumption of office, our administration with the support of our immediate neighbours -- Chad, Cameroon, Niger and Benin- and international partners including Japan, faced the challenge frontally.

''As I speak, the terror group has been decimated and life is beginning to return to normal in the affected region. The challenge we currently face which is also being addressed, is that of the IDPs which number over two million to get them re-integrated with their families and their original homes,’’ he said. 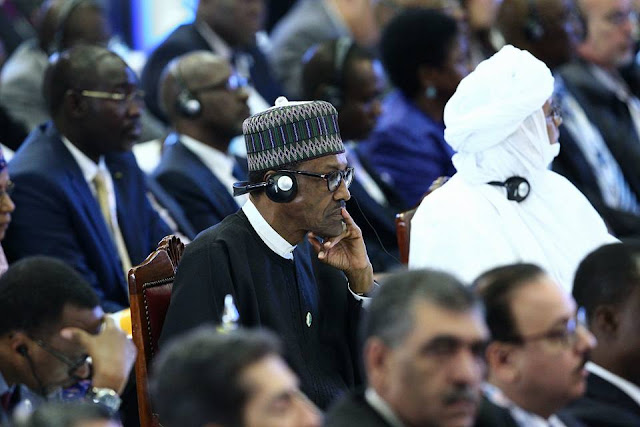 On global health issues, which is a major focal point of the summit, President Buhari expressed special appreciation to the government of Japan for its contribution of 800 million Dollars to the fight against malaria, tuberculosis among others.

The contribution is part of the 1.3 billion Dollars made available to the Nigerian Health Sector by the Global Fund.

On the gains of TICAD, the President noted that partnerships between Africa and Japan will help create and improve investment opportunities in industries, agriculture, information technology, science and technology among others for the good of the continent and investors from Japan.

''In view of the challenges Africa is facing, the imperative for a viable partnership like the Tokyo International Conference on African Development cannot be over emphasized.

''Today, many countries in Africa including the oil producing ones are wisely seeking to diversify their economies away from mono-cropping.

''In Nigeria, our Administration has already taken concrete steps to diversify the economy by making agriculture not just a development programme but a thriving business.

''Investing in the economies of this continent especially through Public-Private-Partnership can contribute to building capacity for our economies,'' he said. 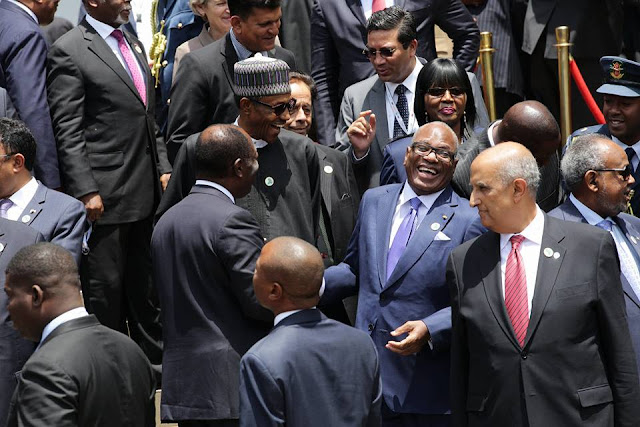 The 2-day summit with the theme ‘‘Advancing Africa’s Sustainable Development Agenda-TICAD Partnership for Prosperity”, is being held outside of Japan for the first time since its inception in 1993.

Among other things, TICAD aims to solve Africa’s development problems through quality technology in the health, industry, agriculture and environment sectors.

A draft declaration to be adopted at end of the summit will seek to combat the growing threats of terrorism, conflicts and violent radicalism through the promotion of education and job creation.''

Posted by Lawrencia at 8:48 pm
Email ThisBlogThis!Share to TwitterShare to FacebookShare to Pinterest
Labels: NationalNews