Sad Photos: Indian Hospital Forces Man To Carry Wife's Copse On His Head For Not Affording To Pay For Ambulance 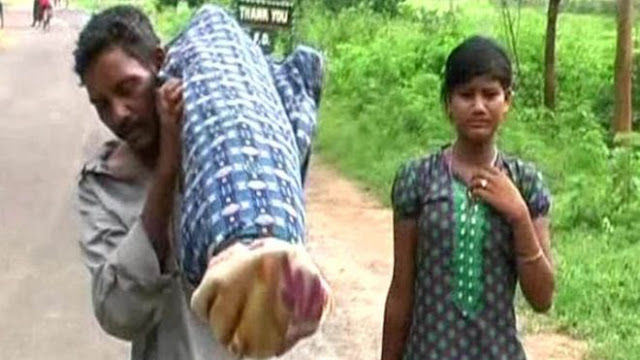 BBC reports that an impoverished man in India carried his wife's body for 12km after the hospital where she died allegedly failed to provide an ambulance to carry the body back to their village.

Mr Majhi said his village was 60km (37 miles) away and he couldn't afford to hire a vehicle. The hospital authorities have denied his charge.

"The woman was admitted to the hospital on Tuesday and died the same night. Her husband took away her body without informing any hospital staff," senior medical official B Brahma said. 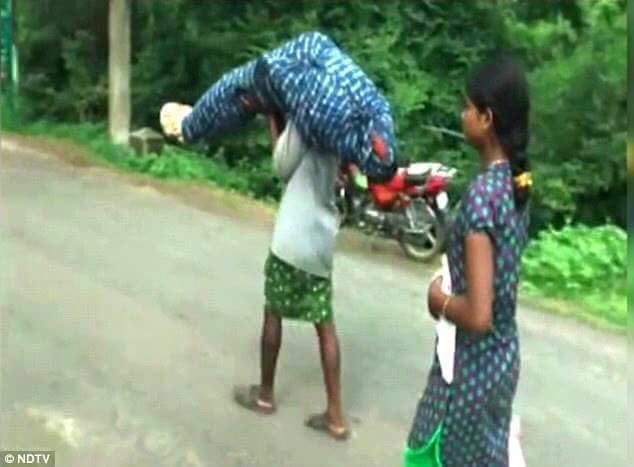 Mr Majhi, however, alleged that his wife died on Tuesday night and that he began walking with her body on Wednesday after the hospital staff kept asking him to remove the body.

"I kept pleading with the hospital staff to provide a vehicle to carry my wife's body, but to no avail. Since I am a poor man and could not hire a private vehicle, I had no choice but to carry her body on my shoulder," he said. 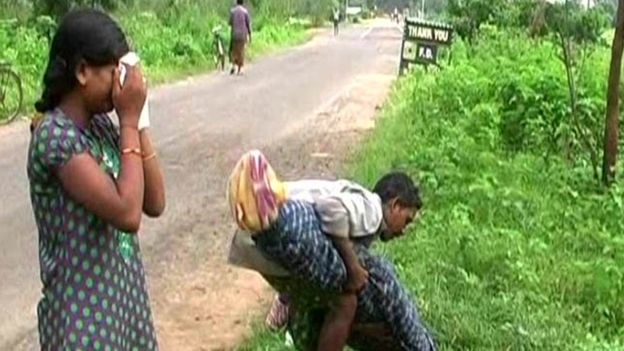 Early on Wednesday, he said, he wrapped up the body in cloth and began the long trek to his village in Melghar for the last rites, accompanied by his 12-year-old daughter Chaula.

He had walked for about 12km when some people on the way intervened and an ambulance finally arrived. 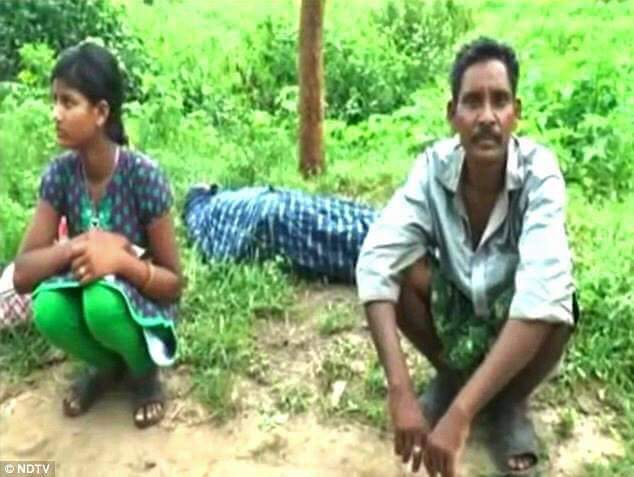 Posted by Lawrencia at 6:53 am
Email ThisBlogThis!Share to TwitterShare to FacebookShare to Pinterest
Labels: InternationalNews