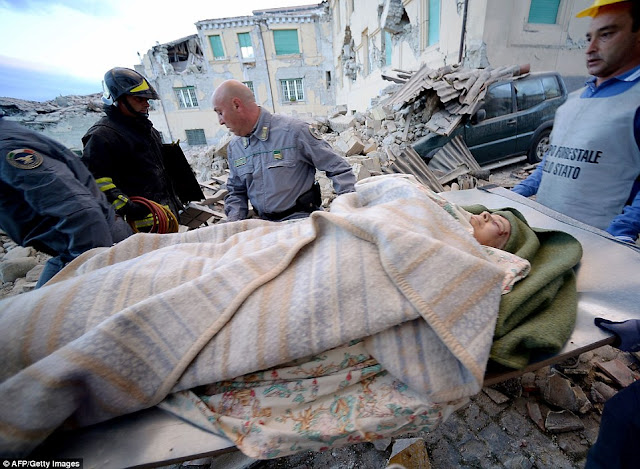 At least six people have been killed after a 6.2-magnitude earthquake rocked central Italy, bringing down several buildings and leaving several trapped in the wreckage.

The first victims of the devastating quake were an elderly couple whose home collapsed in Pescara del Tronto, in the Marche region, around ten miles from the epicenter.

A family of four were also reported dead in the town of Accumoli - just four miles from where the source of the quake.

'Four people are under the rubble, but they are not showing any sign of life. Two parents and two children. The roads in and out of town are cut off. Half the town is gone. There are people under the rubble... There's been a landslide and a bridge might collapse' said the town's Mayor Stefano Petrucci. 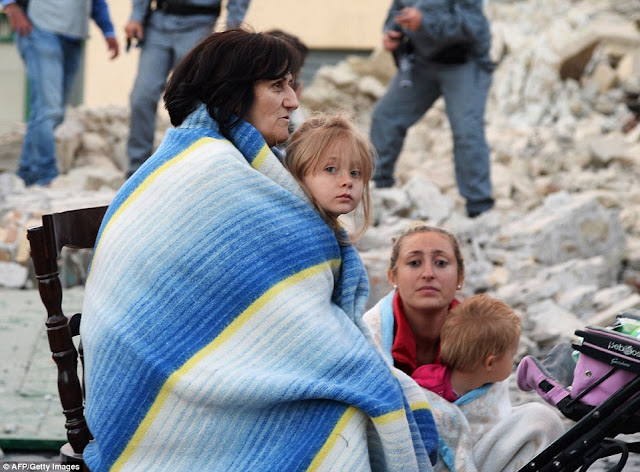 First images of the damage in Amatrice showed cars caked in rubble and the debris of collapsed buildings sprawled across the streets.

The last major earthquake to hit Italy struck the central city of L'Aquila in 2009, killing more than 300 people. 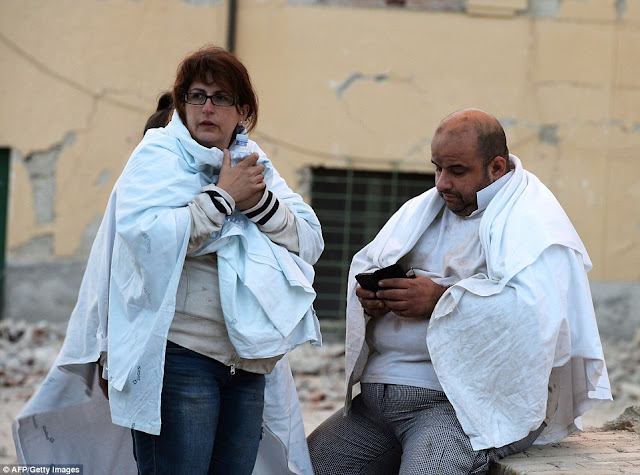 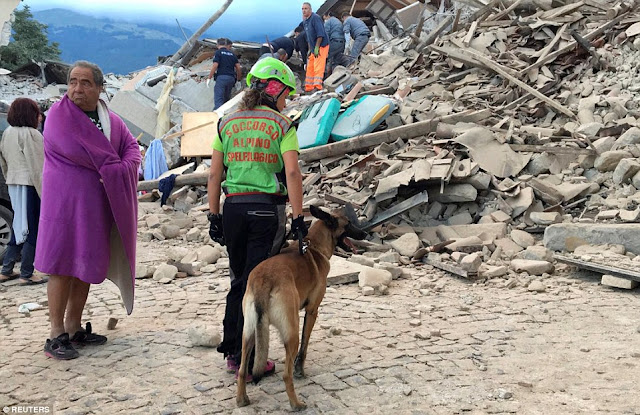 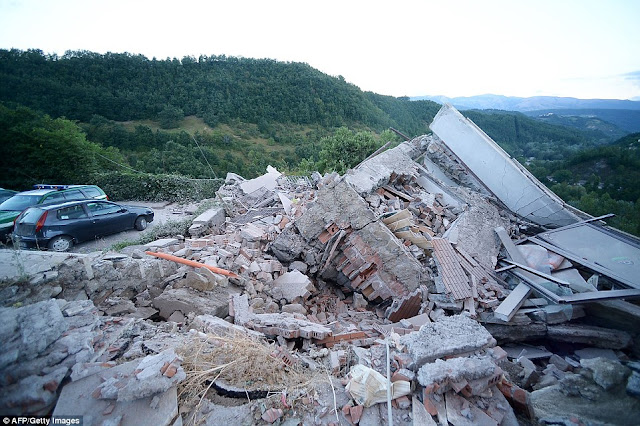 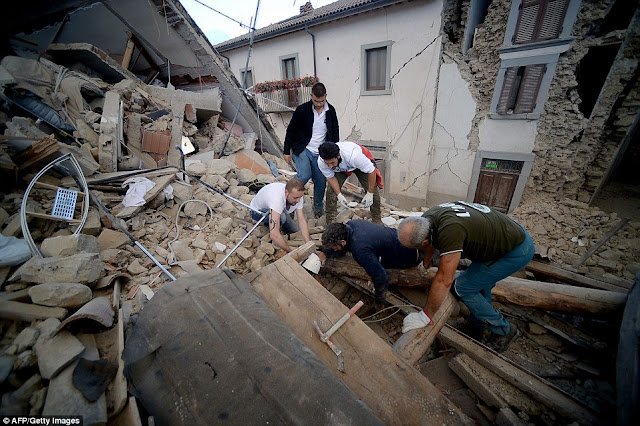 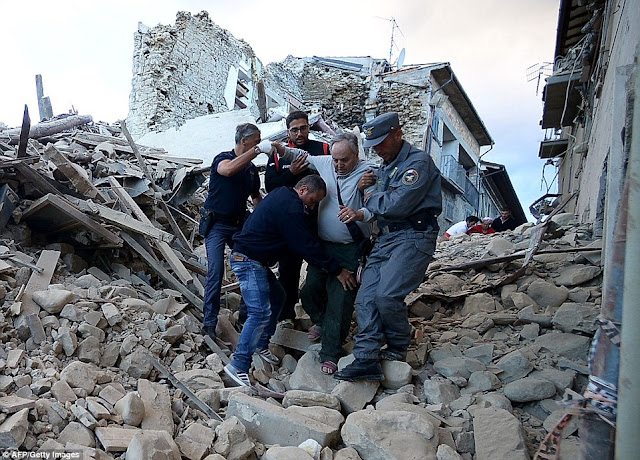 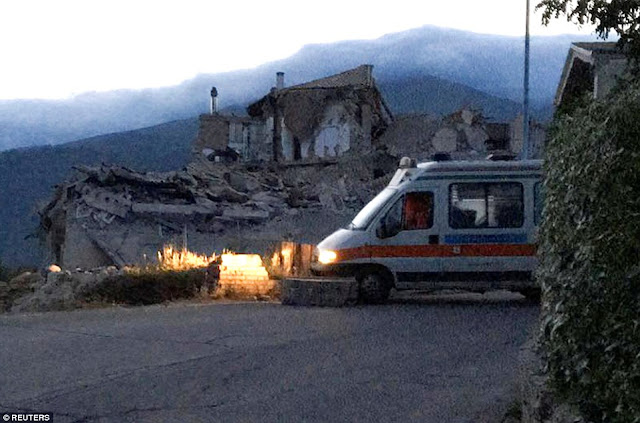 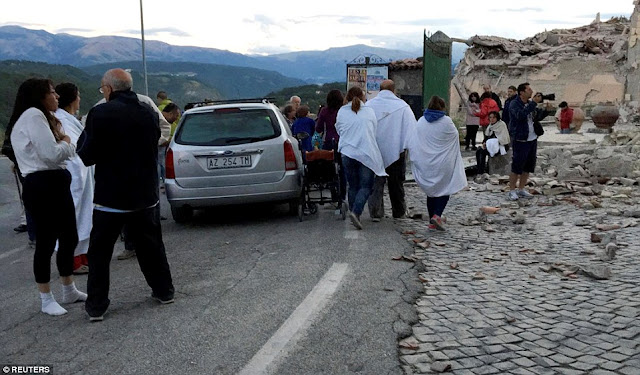 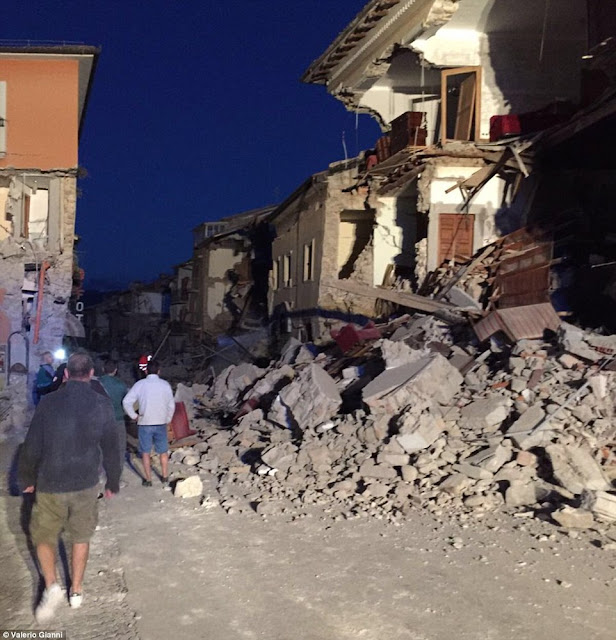 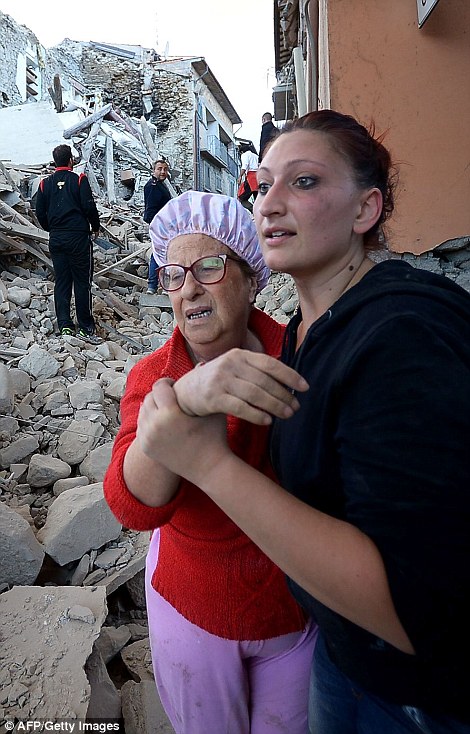 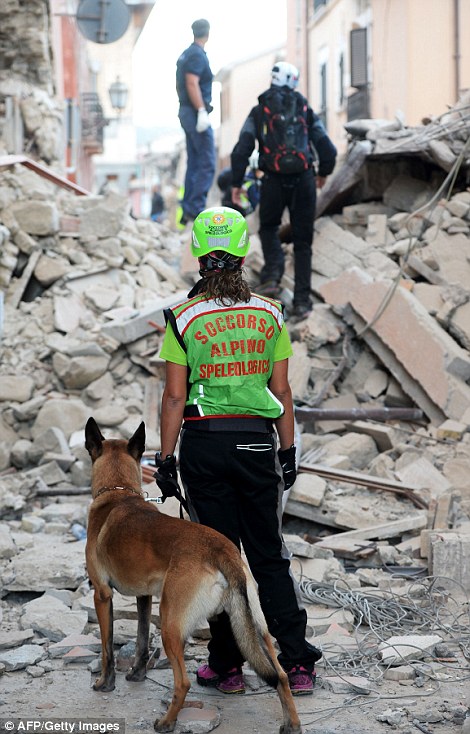 Posted by Unknown at 7:26 am
Email ThisBlogThis!Share to TwitterShare to FacebookShare to Pinterest
Labels: InternationalNews