Usain Bolt Pictured Kissing A THIRD Girl In Rio, On The Same Night He Twerked With A Clubber And Spent The Night With A 20-Year-Old Student

Startling pictures have emerged showing Usain Bolt kissing a second woman in a Rio nightclub just hours before he spent the night with a 20-year-old student, who is the widow of one of Rio's most dangerous drug lords, shared WhatsApp images of them in bed.

The Jamaican Olympic star - who has a long-term girlfriend - arrived in the early hours of Sunday morning at a club in the Barra de Tijuca suburb of Rio where he racked up a £1,000 bar bill which he paid for himself.

The sprinter was celebrating his 30th birthday in style after claiming an historic ninth gold medal and was pictured with the mystery brunette, who was wearing a lanyard with Olympic branding, in the VIP area at the venue.

On the same night, a video posted to Twitter showed him twerking enthusiastically with a second woman during his evening out.

He was expected to attend Sunday night's Olympics closing ceremony but left Brazil a day early and was pictured arriving at London Heathrow today. 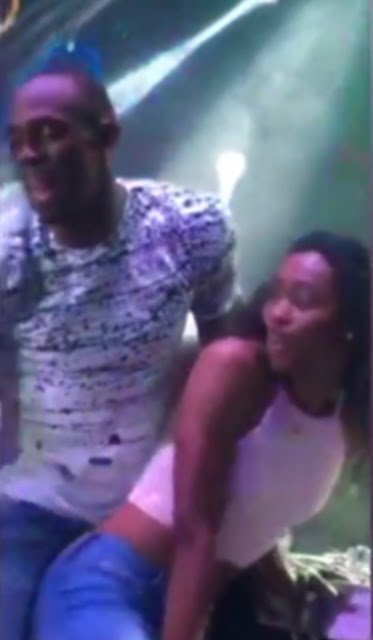 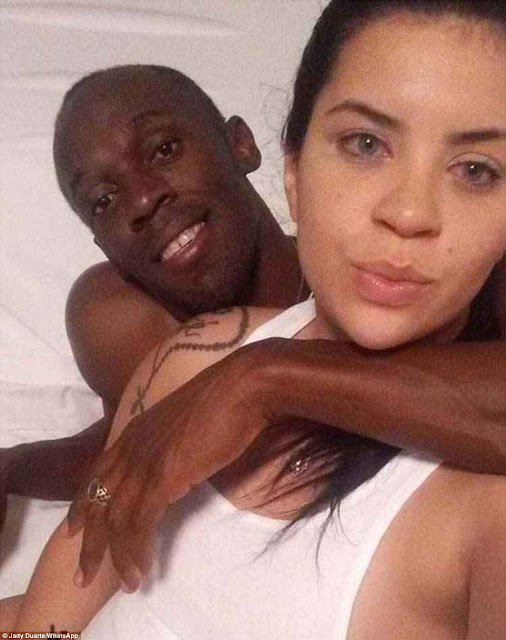 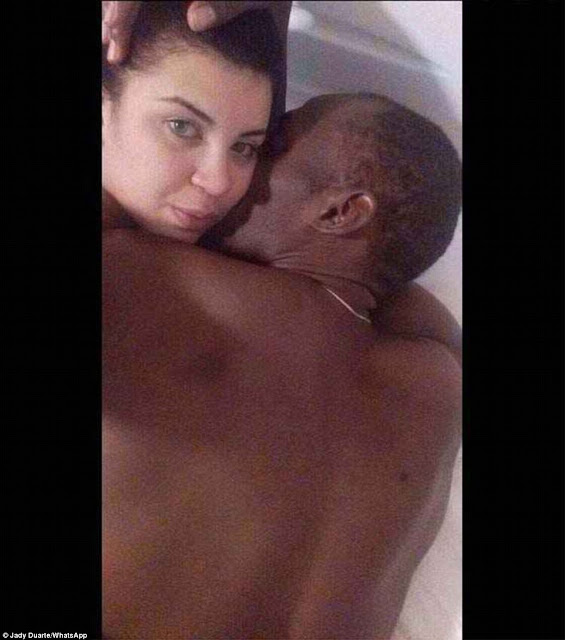 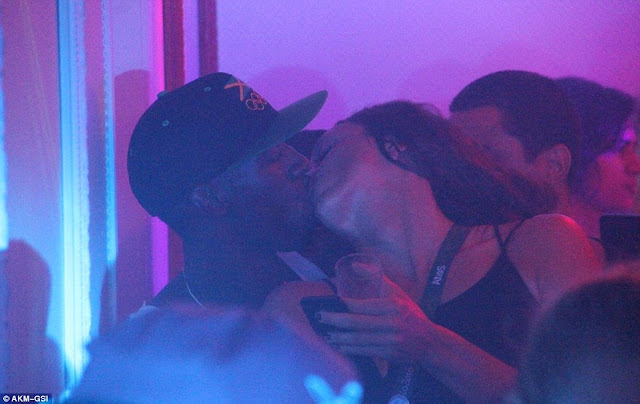 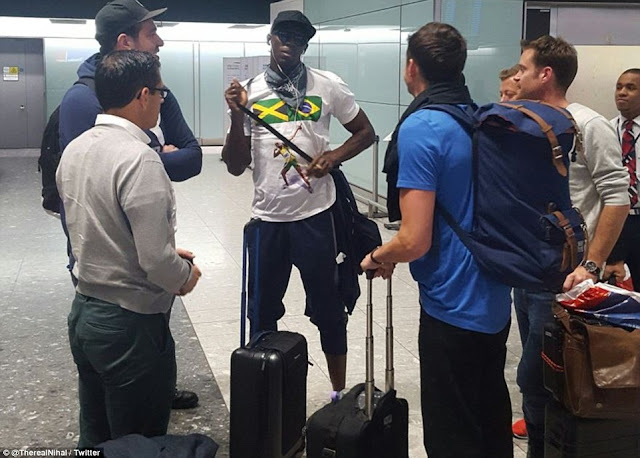 Posted by Unknown at 9:45 pm
Email ThisBlogThis!Share to TwitterShare to FacebookShare to Pinterest
Labels: Hollywood