"You Twisted My Words, I Did Not Say Actresses Sleep With Producers To Get Roles, I am Disappointed In You" - Actress Queen Nwokoye Lashes Out At Punch 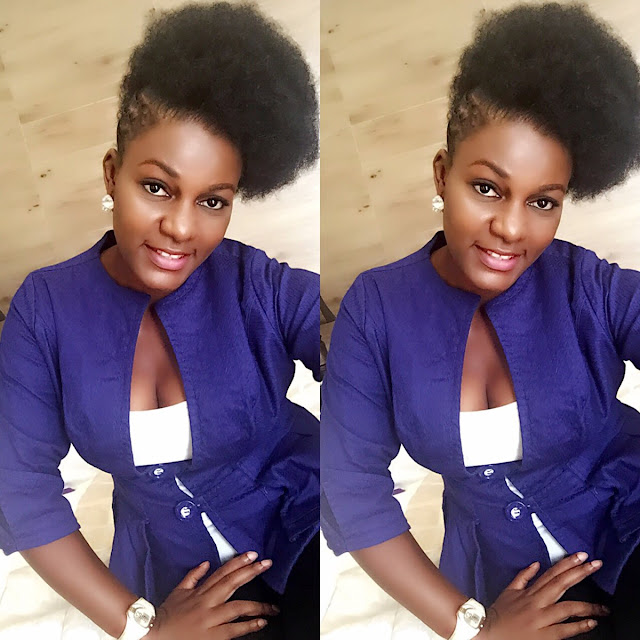 Good morning everyone. I am honestly disappointed in the punch newspaper. You guys are too big for what you did. Leave twisting of words and tacky unintelligent captions for gossip magazines.. First of all,i did not grant an interview to you guys. I wouldnt have,because the last time i did,you twisted my words as usual and gave it one of your stupid captions. Because of that i stayed away from granting interviews for a very long time.

I granted an interview to Samuel Olatunji. The interview was aimed at highlighting my personal struggles in the industry as an upcomer to encourage the new ones.. I talked about alot of things. I talked about how I looked for ways to upgrade myself when I found out I was being stereotyped to a particular role. I talked about looking up to and watching movies of other talented actresses to make myself better.

I talked about how movie critics also helped by bashing some of my movies and how instead of feeling offended, it made me sit up and it made me work harder. Then i was asked *but we heard you have to sleep with someone before you make it big in nollywood * and in our defence I told him it didn't happen to me. Then I was asked *why didn't you relocate to lagos nd I gave them my reasons.

When d interview came out,I was shocked at what I saw. Everything was removed and the ones they left were twisted to suit the stupid caption they feel will bring traffic to them . Things I did not say were added and the aim of the interview was defeated.

It is only in Nigeria a journalist will still be asking about sex for roles in 2016. I hardly read about such when i see interviews from other countries. There are other positive things happening in nollywood. Good cameras,upto date equipments etc. Focus on the positives . Write things that will sell the industry instead of always dwelling on the perceived negatives.

Posted by Lawrencia at 11:54 am
Email ThisBlogThis!Share to TwitterShare to FacebookShare to Pinterest
Labels: Gists