22-Year-Old Security Guard Who Killed His Employer In Lagos, Arrested In Taraba 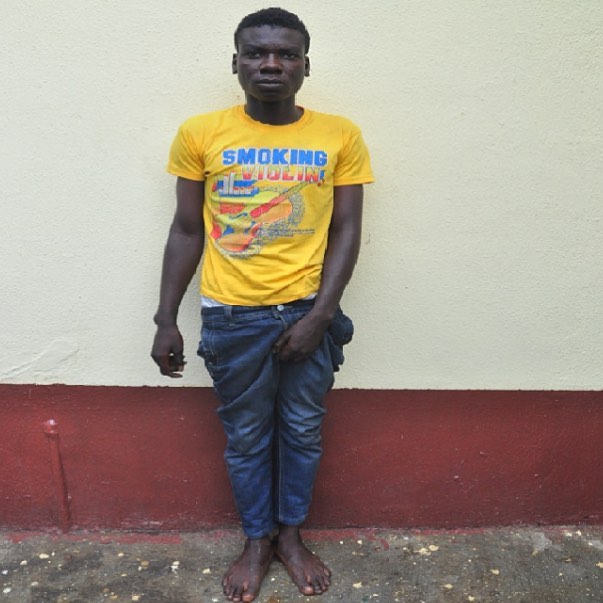 The Lagos State Police Command has arrested Tanko Abdulateef, a 22-year-old security guard, who allegedly killed his employer, Mabel Mba Okafor, in Ajah area on August 17. The suspect, who was arrested from his hide-out in Bali, Taraba State, was said to have stabbed to death his boss, a Bureau De Change owner, Mabel Mang Okafor.

The 50-year-old Okafor was found dead in the pool of her blood in her room at Close 9 house J68B -Ajah Lekki. The suspect took away valuable items from the victim, including three phones, trinkets, money and clothes, all of which were recovered from him.
Police Public Relations Officer, Dolapo Badmos, confirmed the arrest, adding that the suspect would be charged to court soon.

Badmos said: “On August 17, 2016, there was a murder of one Mrs Mabel Mba Okafor, aged 50, of J68B, Close 9, Victoria Garden City, Ajah. She was killed and the policemen went there and discovered that the house had been ransacked and a lot of properties carted away.

“The woman had a house guard, but the guard was nowhere to be found. The body of the victim was examined and it was noticed that she was stabbed in the stomach and her stomach ripped open.


“She was evacuated over to the mortuary and the policemen from the division did necessary scene of crime investigations they were supposed to do, while the matter was transferred to the State Criminal Investigation Department. The Commissioner of Police also called on the Decoy Team of the Rapid Response Squad in charge of Tracking and tasked them to deal with the matter as well. While the team swung into operation and after about one week of serious work on the matter, they were able to identify the suspect to be the house guard of the victim and they tracked him to Bali in Taraba State.

“After about three days in Bali, they were able to recover some of the phones stolen from the victim before eventually arresting the suspect where he was hiding,” she said.

Badmos also confirmed that three phones, trinkets and a lot of the victim’s clothes were recovered from the suspect, adding that he has been brought back to Lagos.

Meanwhile, the suspect has been handed over to the State Criminal Investigation Department (SCID), Panti Street, Yaba for further investigation, while he will be charged to court soon.

Posted by Lawrencia at 3:17 pm
Email ThisBlogThis!Share to TwitterShare to FacebookShare to Pinterest
Labels: Crime