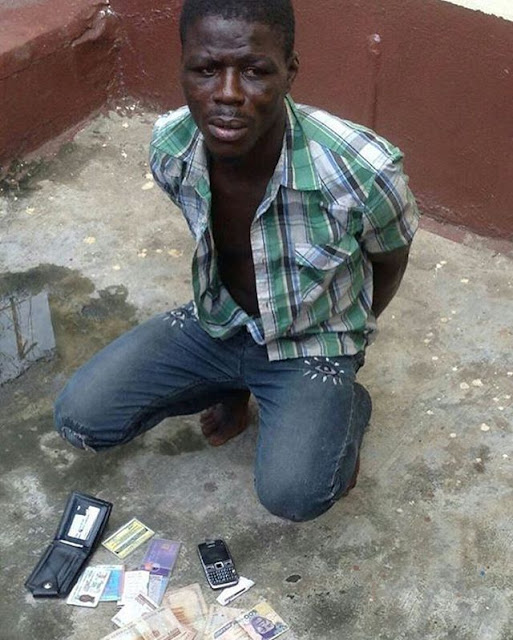 Deji Ayoola, 28, was arrested at Ojodu-Berger over the weekend for pickpocketing a commuter trying to board a commercial vehicle to the Redemption Camp. He had successfully perpetrated the crime before the RRS operatives, who sighted him when he was removing the wallet pursued, arrested him.

During his interrogation at the RRS's headquarters in Alausa, Ayoola stylishly stepped on a N1,200 which fell from a policewoman's pocket while she was removing her cell phone from her pocket. When the money dropped on the floor, rather than draw her attention to the money, he pocketed it.

Unknown to him, another suspect had seen him when he was hiding the money, and immediately alerted the officer that the money she was looking for was with the Ayoola. He has now been transferred to the State Environmental Task Force on Environment for prosecution.