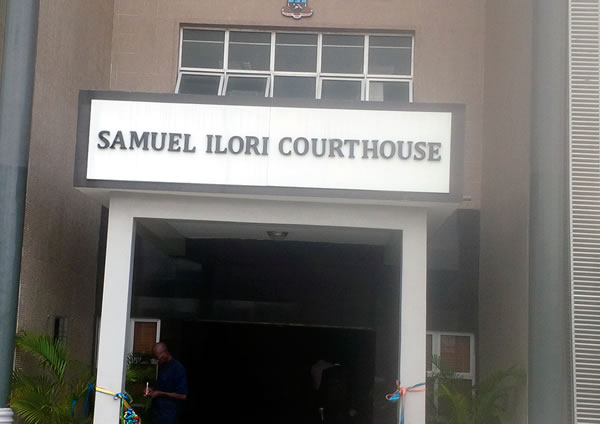 The Lagos State Police Command has arrested a 55-year-old security guard, Yekini Ogunjobi, for alleged unlawful detention of a teenage girl in his apartment for four days.

The police said Ogunjobi raped the 14-year-old victim, Blessing (pseudonym) during her incarceration before she was rescued from the apartment on Esuola Street, Oko-Oba, in the Agege area of Lagos.

PUNCH Metro learnt that Blessing, an apprentice tailor in the neighbourhood, was sent on an errand on Esuola Street, when the suspect summoned her.

She was reportedly hypnotised and lured into a room by the suspect, who allegedly raped her for four days.

It was gathered that Blessing’s family, who had declared her missing, had reported to the police.

However, on July 28, one of her relatives was said to be passing by the street when she sighted her and raised the alarm.

The relative reported to the police, who rescued the girl and arrested Ogunjobi.

“The man had told his neighbours that the girl was his relative and had come to live with him. Probably, he charmed the girl so that she would not resist the abduction. He had sex with her against her consent for four days. She was sent on an errand on the day he abducted her,” a police source told our correspondent.

On Tuesday, Ogunjobi was brought before an Ikeja Chief Magistrate’s Court by a police prosecutor, Sergeant Rafael Donny, on two counts bordering on abduction and rape.

Donny told the court that the accused abducted the victim for four days  and sexually molested her, adding that the offences contravened sections 141(a) and 259 of the Criminal Law of Lagos State,  2011.

The charge read, “That you, Yekini Ogunjobi, between July 25 and 28, 2016, on Esuola Street, Oko-Oba, Agege, Lagos, in the Lagos Magisterial District, did commit felony to wit: abduction.

“That you, on the same date time and place, in the aforementioned magisterial district, did unlawfully detain a 14-year-old girl and have sexual intercourse with her against her consent, thereby committing an offence punishable under Section 259 of the Criminal Law of Lagos State, 2011.”

The accused pleaded not guilty to the charge and elected summary trial.

The presiding Chief Magistrate, Mr. Tajudeen Elias, granted him bail in the sum of N100,000 with two sureties in like sum..

Elias adjourned the case till October 6, 2016 for mention.

Posted by Lawrencia at 7:50 am
Email ThisBlogThis!Share to TwitterShare to FacebookShare to Pinterest
Labels: Crime